The body cited Bidzina Ivanishvili’s “Kremlin links” just as the country is waiting for news from Brussels on whether it will be granted EU candidate status. 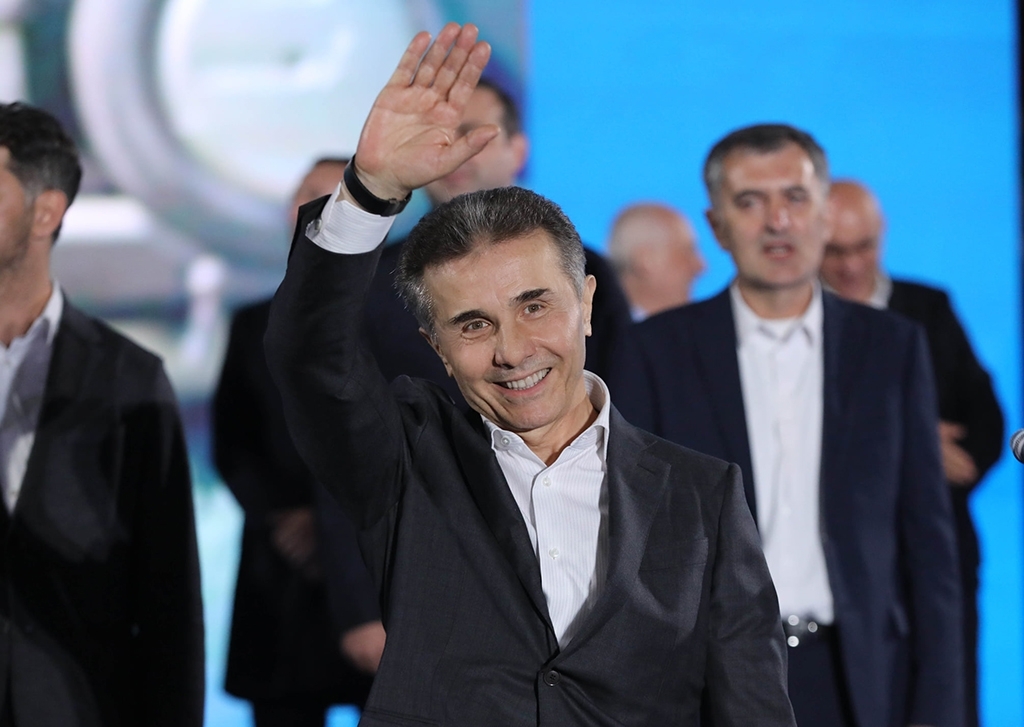 The European Parliament has called on the EU to consider personal sanctions against Georgian billionaire and informal ruler Bidzina Ivanishvili and claimed that his alleged ties to the Russian government influence his country’s cautious position on the war in Ukraine.

On June 9, European lawmakers passed a harshly worded resolution on the worsening state of media freedom in Georgia, an increasingly sore spot in EU-Georgia relations. It was one paragraph deep in the six-page document, however, that got the most attention in Georgia: a call to consider sanctions against Ivanishvili for “his role in the deterioration of the political process in Georgia.”

The resolution also claimed that Ivanishvili had “personal and business links to the Kremlin” which “determine the position of the current government of Georgia towards sanctions on Russia.”

The document did not provide details on those claims, and other Western officials have defended the Georgian government against accusations that its position on sanctions against Russia is too soft.

But coming as it did as Georgia nervously awaits an upcoming EU decision on whether to grant the country candidate status, the news was a bombshell in Tbilisi.

The resolution was composed of “factual inaccuracies and lies,” claimed Irakli Kobakhidze, the chairman of the ruling Georgian Dream party.

“It is deeply concerning that even such a high-ranking EU institution has fallen victim to one of the major maladies of the contemporary world, the so-called fake news,” Kobakhidze said in a June 9 press briefing after the document was adopted.

The opposition, meanwhile, seized on the resolution. “You are not a country upholding European values, you are a country whose ruler deserves sanctions, we’ve been told from Europe,” said Nika Melia, chairman of the main opposition party, United National Movement.

Ivanishvili made his fortune in Russia before entering Georgian politics, founding Georgian Dream and becoming prime minister when the party took power in 2012. Since then he has made a habit of appearing and disappearing from the public eye, resigning as prime minister and party chairman in 2013 before returning as party leader in 2018. In early 2021 he again resigned from any formal position and said he was leaving politics for good, but he is still widely regarded as the country’s informal ruler and the single most influential person calling the shots in the country’s politics from behind the scenes.

While Ivanishvili said he sold off his Russian assets upon coming to power, his links to Russia have remained the source of perennial speculation. They have been subjected to renewed scrutiny in the wake of Russia’s invasion of Ukraine and the Georgian government’s conspicuously measured rhetoric towards Moscow.

On April 25, recordings dated March 10 were leaked of Ivanishvili speaking by phone with sanctioned Russian businessman Vladimir Yevtushenkov in which the two men allegedly discussed unspecified business dealings. In April, corruption watchdog Transparency International Georgia released a report documenting a number of Ivanishvili’s and his family’s business links in Russia.

While all of this has added fuel to the Georgian political opposition’s claims that Ivanishvili in some fashion does Moscow’s bidding, that is a misinterpretation, argued Thomas de Waal, a longtime Caucasus analyst.

“It makes no sense to call Ivanishvili a Kremlin agent as his angriest opponents do,” de Waal wrote in a June 9 article for Carnegie Europe. “The problem is that he and his friends seem to have an entirely transactional view of geopolitics, dictated by who will best protect their business interests.”

While Ivanishvili has not been sanctioned, his lawyers have been claiming that he is recently facing suspicious obstacles in his business dealings.

That has included delays in Ivanishvili’s financial transactions with the trustee appointed by Swiss bank Credit Suisse, in which a trustee reportedly cited the "geopolitical environment in Eastern Europe." His associates also claimed that similar hindrances were encountered when shipping some of his art pieces from London and New York and delivering a new helicopter from Germany to Georgia.

Since March 4, “we have been acting, living and operating under virtual sanctions,” Ivanishvili’s lawyer Viktor Kipiani told Imedi TV on June 9.

Whatever results from the call to sanction Ivanishvili, the parliamentary resolution is doubtless not good news for Georgia’s EU aspirations. Its hopes for membership were buoyed by Russia’s attack on Ukraine, and a corresponding move in Brussels to fast track the EU accession process for Ukraine, Moldova, and Georgia.

But recent moves by the Georgian government to limit media freedom and to slow walk promises of judicial reform have concerned some EU members. In a separate statement adopted by leaders of political groups represented in the EU parliament, Georgia appeared to be considered as less ready for the accession process than were Moldova and Ukraine. That statement recommended granting the latter two countries candidate status, but to "work towards granting the same status" for Georgia.

EU leaders are scheduled to meet on June 23-24 and are expected to discuss the three countries’ applications.