Kazakhstan is itching to get its lithium out of the ground. 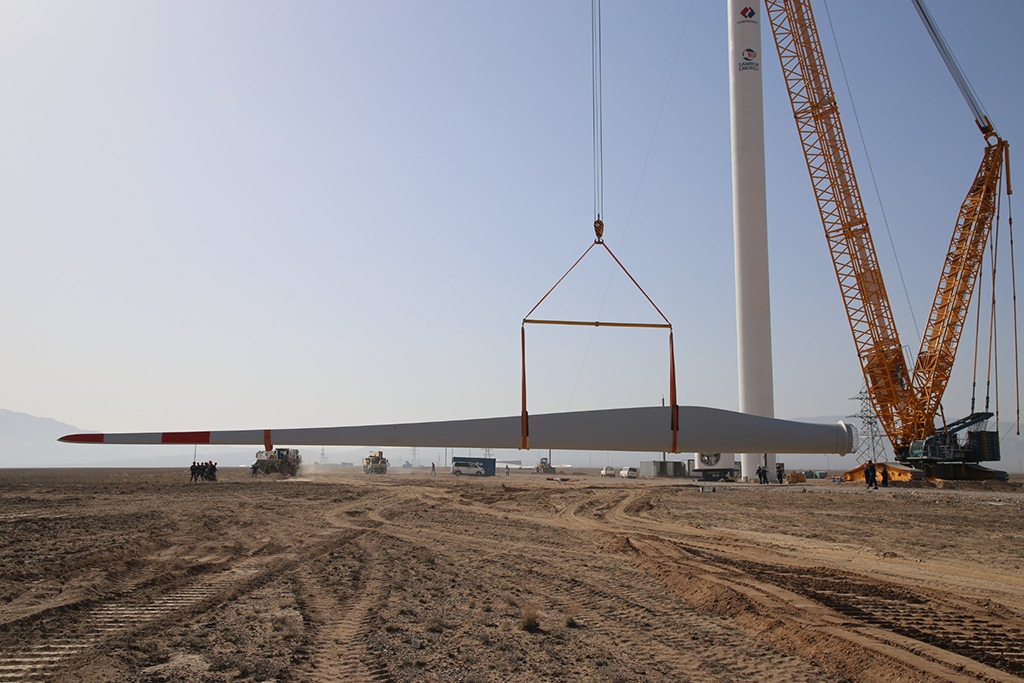 The EU says its goals include greening the value chain inside Kazakhstan. (Samruk Energy)

Europe has turned its sights on distant Kazakhstan as it casts around for supplies of rare earth metals and clean hydrogen to meet its green economy targets.

On November 7 the European Commission signed an agreement with Kazakhstan’s government to develop supplies of green hydrogen and raw materials to manufacture equipment such as wind turbines and batteries for electric cars.

The memorandum of understanding, signed on the sidelines of the COP27 climate change conference in Egypt, will “boost the green and digital transformation of both sides' economies,” the commission said.

“A secure and sustainable supply of raw materials, refined materials and renewable hydrogen is a key layer to help build a new, cleaner foundation for our economies, especially as we move away from our dependency on fossil fuels,” European Commission President Ursula von der Leyen said.

“Together, we will work to better integrate our strategic value chains related to raw materials, to batteries and to renewable hydrogen,” she added.

Meeting green and digital economy goals “requires an appropriate amount of specific raw materials, and in particular minerals of which Kazakhstan is so rich,” von Der Leyen continued. “So raw materials and renewable hydrogen are not only essential building blocks for our sustainable future but also for our shared prosperity.”

Another area is cooperation on capacity building, skills development and research and innovation. That includes “decarbonization of the critical raw materials value chain including by using renewable energy and digitalization” and “greening and sustainability of mining processes.”

A further priority is “increasing the resilience of raw material, battery and renewable hydrogen supply chains.” That may prove the most challenging given supply chain disruptions between Kazakhstan and Europe caused by Russia’s war in Ukraine.

Efforts are under way to develop the “Middle Corridor” supply route, bypassing Russia and going across the Caspian Sea, but removing bottlenecks will take several years.

Critical raw materials identified by the EU include rare earth magnates, for wind turbines; lithium and cobalt, for batteries; and polysilicon, for semiconductors.

Kazakhstan has some 50,000 metric tons in deposits, the United States Geological Survey estimates. That is a fraction of the 89 million tons in global deposits, but a significant amount in a world hungry for rare earths.

President Kassym-Jomart Tokayev said last month he had asked the USGS to step up exploration of lithium deposits in Kazakhstan, which he believed could be double the current estimate.

But to get it out of the ground, “substantial investment in exploration and development is required.”

Last month it signed a $50 billion agreement with European renewables group Svevind to build one of the world’s largest green hydrogen plants in western Mangystau Region.

Hyrasia One aims to start production by 2030 and produce 2 million tons annually from 2032. That is equivalent to one-fifth of the EU’s 2030 target for green hydrogen imports.

The deal “will explore potential projects for renewable energy sources and green hydrogen production in several regions of Kazakhstan, including Atyrau and Mangistau – areas rich with water and wind resources,” FFI said.