EU to ban use of Russian passports issued in Abkhazia, South Ossetia

While the decision isn’t likely to have a practical effect on people’s freedom to travel, it does signal a potential shift in Brussels’s approach to Georgia’s breakaway territories. 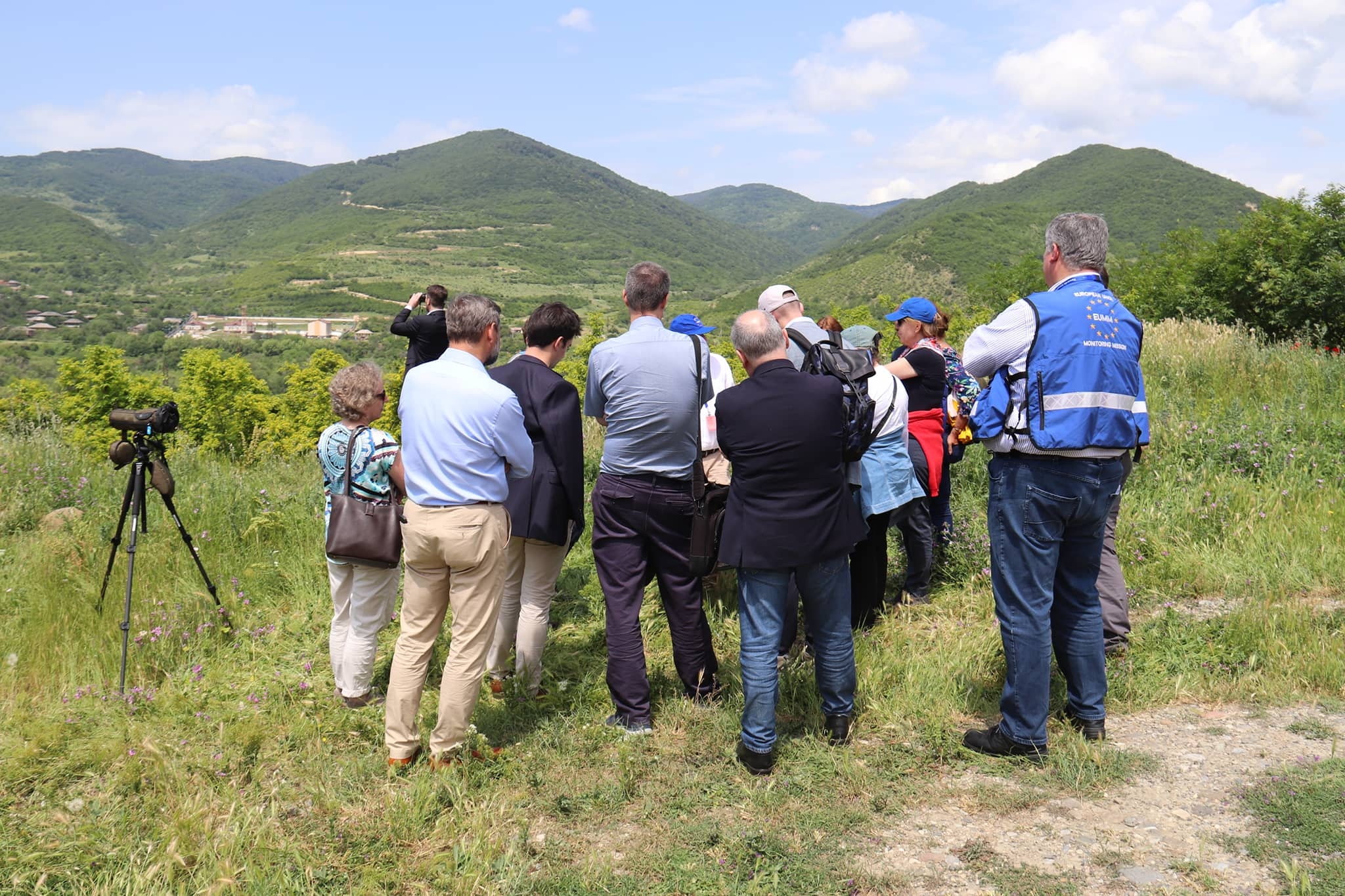 The European Union has said it plans to ban Russian passports issued in Georgia’s breakaway territories. While the move would have little on-the-ground impact, effectively codifying an approach the bloc had already taken, it could signal a shift in the EU’s treatment of the unresolved conflicts.

On October 12, the Council of the European Union announced a plan to not accept Russian travel documents that were issued in Ukraine and Georgia, including for residents of Abkhazia and South Ossetia, Georgia’s breakaway territories.

“Russian travel documents issued in, or to persons resident in, Russian-occupied regions in Ukraine or breakaway territories in Georgia will not be accepted as valid travel documents for obtaining a visa or crossing the borders of the Schengen area,” the Council said in a statement.

The EU said the move was a response to Russian aggression against Ukraine and its practice of issuing passports to residents of the occupied territories in the southern and eastern parts of that country. “It also follows Russia’s unilateral decision to recognise the independence of the Georgian territories of Abkhazia and South Ossetia in 2008,” the statement said.

The EU acknowledged that the move effectively formalized a practice already largely in place: “Russian travel documents issued in these regions are already not recognised, or in the process of not being recognised, by EU member states. This decision aims to set out a common approach, ensure the proper functioning of the external border and common visa policies and safeguard the security of EU member states.”

Abkhazia and South Ossetia have remained largely isolated since they broke away from Georgia as a result of wars in the 1990s. Russia was the first state to formally recognize them as independent states, in 2008, though only a small handful of Russian allies have followed suit.

And so for international travel most residents of the territories rely on Russian passports. But there was always a catch, as EU member states for the most part don’t recognize the Russian passports issued in Abkhazia and South Ossetia.

“For many years, the local residents who needed to travel to the EU countries – either for work, or for some educational exchange programs, or for NGO-related projects – preferred to apply for Russian documents issued in Russia proper,” Olesya Vartanyan, Senior Analyst for the South Caucasus at the think tank Crisis Group, told Eurasianet. “No one ever made a secret of these limitations, either in Abkhazia/South Ossetia or among EU officials.”

There have been efforts over the years to provide other international passport options for residents of the breakaway territories. In 2011, Tbilisi introduced what it calls “status-neutral” travel documents for those residents, but the de facto governments in the territories rejected it, as the documents are still Georgian.

Abkhazia’s de facto government, in turn, attempted to get the EU to accept Abkhazian passports without necessarily recognizing Abkhazia as an independent state, but Georgian objections meant the proposal went nowhere with the EU. Talks about international bodies such as the United Nations or the EU itself issuing special, neutral documents, never bore fruit.

The greater significance of the move was in the EU’s linkage of the Ukrainian and Georgian territories, Vartanyan said. “This has recently become a pattern, of putting Abkhazia and South Ossetia in the same basket with the Ukrainian separatist entities, although the origins and the background certainly differ along with the ways that the EU engages with them.”

The EU’s engagement in Abkhazia and South Ossetia has been far deeper than with the Ukrainian territories.

The EU developed a “Non-Recognition and Engagement Policy,” which aimed at engaging with the Georgian breakaway territories in various ways while continuing the support for Georgia’s territorial integrity. The bloc also has co-chaired the Geneva International Discussions, which bring together representatives from Georgia, Russia, and the breakaway territories to address conflict-related humanitarian and security issues. It also has funded humanitarian and confidence-building projects, and deployed a large unarmed monitoring mission to prevent further escalations, albeit only on the side of Georgia proper.

But whether the passport decision is symbolic or augurs more substantive shifts remains to be seen. “It may well remain a stand-alone decision with no resulting practical changes in [the EU’s] years-long engagement policies with Abkhazia and South Ossetia,” Vartanyan said.

It has already drawn discontent from residents of the breakaway territories, who complained that the decision deepens their isolation from the outside world.

“Are you still considering continuing the Geneva talks?” Abkhazworld, a prominent Abkhazian media platform, wrote on Twitter, addressing the territory’s de facto foreign ministry. “They shut all the doors one by one. So, what’s the point trying to engage with the EU?”

A Georgian diplomat in Brussels, meanwhile, cheered the EU decision. It represents a “window of opportunity” for residents of Abkhazia and South Ossetia to gain “liberation from Russia and the Kremlin’s manipulative domination, opening new opportunities in a free, civilized world,” the diplomat, Ketevan Chumbadze, wrote on Twitter.

Other Georgians were more skeptical.

The passport decision has yet to be discussed in the European Parliament, the legislative body of the bloc. Neither Tbilisi nor the de facto authorities of the breakaway regions have officially reacted to the announcement.