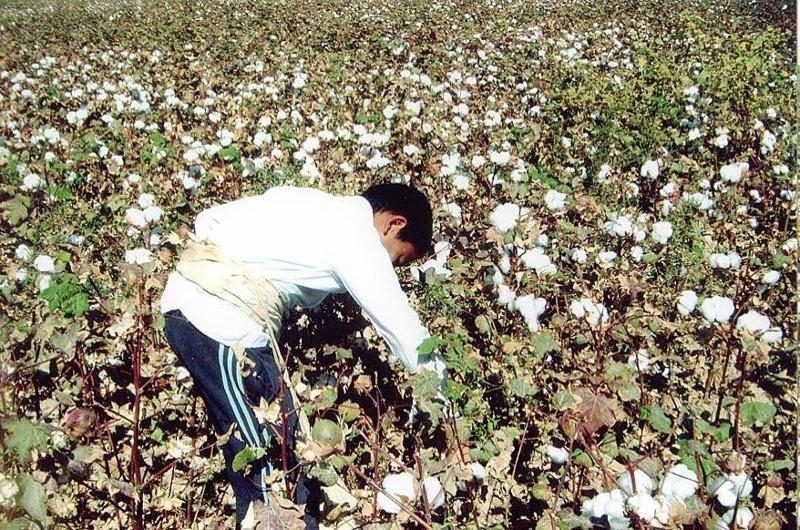 But whether or not the European Union has either the will to examine the practice of forced child labor in Uzbekistan or its relationship with Tashkent remains to be seen. In February, the EU adopted a preferential textiles trade agreement with Uzbekistan which included various customs and tariffs breaks and unfettered access to the European markets.

However, an increasingly vocal set of Members of the European Parliament (MEPs) are warning that the EU’s human rights efforts are being undermined by unprincipled trading agreements with the authoritarian Central Asian state.

Liam Aylward, an Irish MEP, said in a press release on June 8:

I have repeatedly raised the issue of human rights violations with the Commission, in particular in relation to the Uzbek cotton industry, which is one that relies heavily on child workers and the lack of action on this issue of the Commission is worrying […]

UNICEF has reported huge child labor violations in Uzbekistan, yet nothing is being done to ensure that child labor cotton does not make its way onto the European market. In fact the euro notes we all have in our wallets could have been produced with cotton picked using child labor.

Aylward’s statement follows on from written questions lodged with the European Commission by Catherine Bearder and Leonidas Donskis, MEPs from England and Lithuania respectively.

Following reports of ongoing state-sponsored forced labour and forced child labour in Uzbekistan’s cotton industry, behaviour which amounts to a violation of Article 15 of Council Regulation (EC) No 732/2008 of 22 July 2008, what plans does the Commission have to open an investigation under Article 17 of that regulation to establish whether preferential tariff arrangements (GSP) should be withdrawn from Uzbekistan? What action does the Commission intend to take following the complaints it has received about these human rights abuses from Anti-Slavery International, the Uzbek-German Forum for Human Rights and the Business Social Compliance Initiative, among others?

Nicole Kiil-Nielsen, a French MEP, separately queries in her blog the efficacy of signing a textiles agreement with Uzbekistan when Tashkent won’t allow the ILO to monitor the cotton harvest.

But the EU appears to be locked in a pattern of courting Central Asian states who repeatedly thumb their noses at demands for accountability. The June 21 hearing is already too little, too late for the many students already weeding the cotton fields and the hundreds of thousands of Uzbek children who’ll find themselves picking cotton at the behest of President Islam Karimov’s government again this year.