Eurasia and the Appeal of Illiberalism 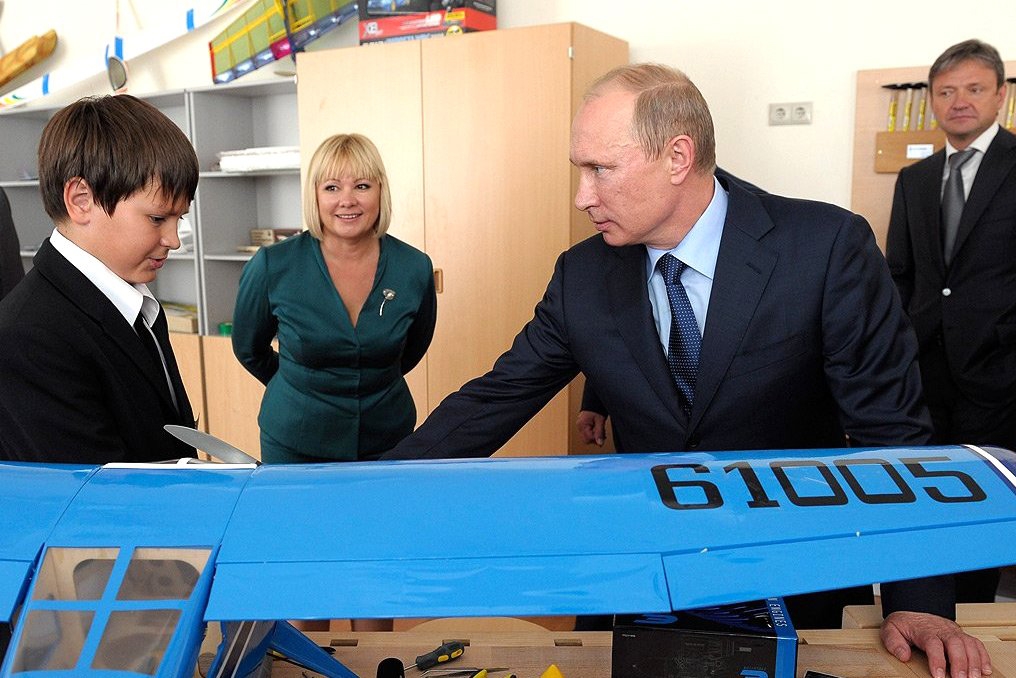 Russian President Vladimir Putin at an event dedicated to “proper patriotic upbringing of youth.” Russia is seen by some as the key illiberal influence in Eurasia, pushing a Eurasianist ideology that is mainly defined by the tenants of religion, obedience to authority and nationalism. (Photo: Russian Presidential Press Service)

Brexit, a Trump presidency and populist and pro-Russian leaders coming to power in Europe—the world has taken an increasingly populist tilt and experts are struggling to make sense of the new political trends.

Across Eurasia, populist and illiberal movements are readily apparent, yet the regional dynamic differs from that in the West, as well as in formerly communist states of Central Europe. It all has to do with context. In the West, the rise of illiberalism is taking place within a democratic framework. In most Eurasian states, on the other hand, authoritarianism is the dominant political system, thus enabling illiberal forces to gain traction faster, and act more forcefully.

“These trends [the rise of illiberal populism] have in common only the goal: the destruction or undermining of liberal democracy,” Jan Kubik, the director of the School of Slavonic and East European Studies at University College London, told Eurasianet.org.

Kubik was a featured participant at a panel discussion, titled Illiberal Populism in Europe, held recently at Columbia University in New York. Another featured speaker, Harvard University Professor Pippa Norris, noted that economic insecurity has long been presented as a major reason why people support populist and illiberal movements. But such an assumption is clouded by data showing that the group most drawn to populist messages is the middle class, not the working poor, Norris said.

Many indicators point to cultural attitudes. While her thesis has yet to be fully substantiated, Norris believes that a “tipping point” has been reached, a shift caused by the younger generation’s adoption of progressive values. Holders of traditional beliefs, who long thought they were in the majority, have come to a sudden realization that they did not like the direction in which their respective societies are moving, setting off a cultural backlash. “The new minority is strongly angry and resenting changes in their society,” Norris said.

In discussing trends in Eurasia with Eurasianet.org, Kubik emphasized that while illiberal movements around the world may share a broad common objective, they employ differing tactics that are largely shaped by regional economic, political, and cultural factors.

“These contexts are vastly different. In most of the Eurasian region, the economic situation is worse than in the West and in Central Europe, the levels of economic inequality are higher, and the oligarchic type of politics is more pervasive, leading to higher levels of corruption,” Kubik stressed.

Russia is the key illiberal influence in the region, pushing a Eurasianist ideology that is mainly defined by the tenants of religion, obedience to authority and nationalism, according to Kubik. As it filters down throughout Eurasia, this ideology rejects individual liberty in favor of collective needs, as determined by the power elites in each respective country. Russia has framed Eurasianism as an ideological answer to liberal and Western values, Kubik added.

“Russia is looking after its own interests,” Kubik told EurasiaNet.org. “Consequently, the spread of “traditional values,” as defined in this doctrine [Eurasianism], means promoting, often quite aggressively, an alternative set of principles that bears resemblance to Count Uvarov’s famous “troika” of православие, самодержавие, народность [Orthodoxy, Autocracy, Nationality].”