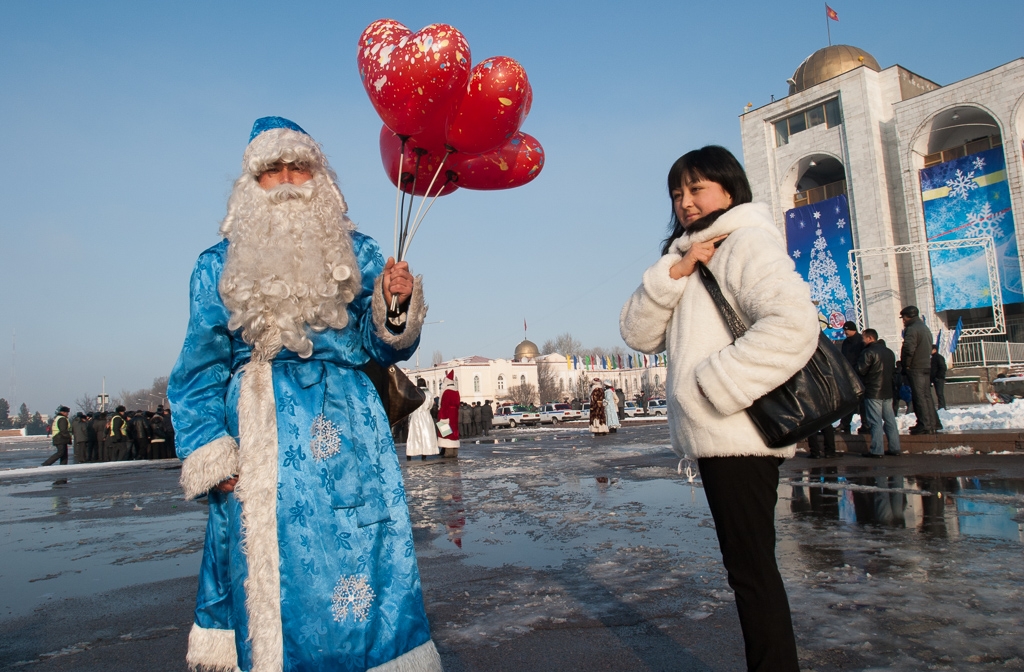 The meaning of the New Year holiday is changing in Central Asia (photo: David Trilling)

In our podcast this week, hosts Aigerim Toleukhanova and Alisher Khamidov discuss growing public discontent over Central Asia’s chronic energy crisis. Why aren't authorities better prepared? One reason is that energy subsidies keep prices too low to fund infrastructure upgrades. But governments are reluctant to raise prices, afraid of provoking unrest like what happened in Kazakhstan earlier this year. Yet the cost of doing nothing is growing cynicism: "winters are long and governments are unreliable."

We also hear a brief update on the Eurasian Economic Union meeting in Bishkek over the weekend, and some jokes at Belarus strongman Alexander Lukashenko's expense.

And Russian commentators, including officials, continue to irk Kazakhs with provocative – and sometimes threatening – comments, apparently angry that Kazakhstan has not endorsed their war on Ukraine. Kazakhs are fed up, including with their own tongue-tied government.

Finally, New Year’s is approaching. But how should Central Asians celebrate this family holiday – the main gift-giving celebration in the Soviet era – when they are trying to find a national identity that is less Russian? Khamidov and Toleukhanova discuss their own traditions and dilemmas as they witness rapid changes in the culture around them.