As British legal tools catch up with the post-Soviet elite, their bankers, lawyers and reputation managers are entering the spotlight. 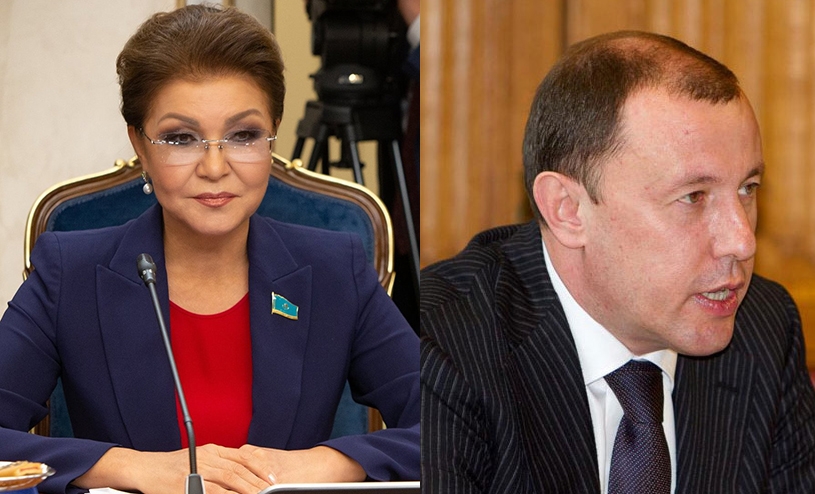 When Eurasianet published a blog post last week about a British investigation into $103 million worth of luxury London homes owned by the family of Kazakhstan’s former president, it got seen – quickly.

Within minutes, two crisis communications firms separately reached out to offer statements on behalf of the strongman’s daughter Dariga Nazarbayeva, who chairs Kazakhstan’s senate, and her son, Nurali Aliyev. A few hours later, a lawyer for Nazarbayeva and Aliyev sent us a six-page letter demanding a change to how Eurasianet had interpreted a BBC story on which the blog was based.

Citing the BBC, Eurasianet wrote that the three London properties in question had been subject to an Unexplained Wealth Order (UWO) issued by Britain’s National Crime Agency, which wants to know how the family can afford such valuable property. The agency suspects the dwellings were purchased with funds acquired through corrupt acts committed by Rakhat Aliyev, the late husband of Nazarbayeva and Nurali Aliyev’s father. Nazarbayeva and Aliyev reject that accusation.

The post-Soviet mega rich spending big in London is nothing new. But as British investigators use new legal tools like the UWO to search for dirty money, their networks of lawyers and advisors are coming to light.

An investigation published this month by Bloomberg looks at the “enablers” who helped manage millions for an Azerbaijani banker who became the first person to be targeted by a UWO: Jahangir Hajiyev, former chairman of the International Bank of Azerbaijan, whose properties were targeted by the National Crime Agency in 2018.

Hajiyev, Bloomberg reported, “had used a chain of trusts and [two dozen] shell companies stretching from Cyprus to the Channel Islands to move tens of millions of dollars out of the state-owned lender, according to allegations in U.K. court filings. The scheme financed a life of luxury for a man who investigators said earned a salary of $70,650 in 2008: four mansions in the English countryside, a $42.5 million Gulfstream jet, a $13 million golf club outside London and a villa in Sardinia.”

Hajiyev is now in jail after an Azerbaijani court sentenced him to 15 years in 2016.

Since 2018, his wife Zamira Hajiyeva – a favorite of the British tabloids for having once spent $900,000 on designer clothes and other luxury goods at Harrods within a week – has challenged the UWO. Last month, an appellate panel rejected her claim. If a higher court does not agree to hear her case, Hajiyeva will be forced to prove her properties were purchased with legitimate funds or risk having them seized.

British authorities, Bloomberg writes, hope the Hajiyev case “will be a blueprint for curbing the estimated 100 billion pounds ($128 billion) in dirty money that worms its way into Britain every year, often from economically deprived countries.”

“One of the keys to doing that is cracking down on so-called professional enablers, who are required under UK regulations to carry out know-your-customer checks of clients and report suspicious activity to the authorities. A politically connected chairman of a state-owned bank in a notoriously corrupt country, whose spending far outstripped his earnings, should have raised red flags with those hired to manage his finances.”

Many of the enablers in the Hajiyevs’ case were lawyers and advisors involved in managing the couple’s money. (But enabling can take on other forms as well: Hajiyev is still described as an “International Council Member” of a think-tank at the Harvard Kennedy School, to which the Bloomberg story suggested he had made a donation.)

Nazarbayeva’s situation is more of a gray area, though her lawyers are still required to perform due diligence, said Ben Cowdock, the investigations lead at Transparency International UK.

“Reputational services which don’t involve managing client money fall outside of due diligence requirements for regulated services within the UK’s 2017 money laundering regulations,” Cowdock told Eurasianet. “However, the firm would need to have assured itself the funds it received as fees were not the proceeds of corruption or they may fall foul of the UK’s 2002 Proceeds of Crime Act.”

In all likelihood, the similarities between Dariga Nazarbayeva and Jahangir Hajiyev end with the UWOs, which happen to be among the first to come to light since the tool was introduced in 2017. But if the Hajiyev case is any indication, we will be hearing more about Nazarbayeva and her London homes. Maybe we’ll even hear more about her enablers.