Three years since the Eurasian Union unveiled a grand plan to build a unified digital agenda, there is little sign that member governments are interested in the program. 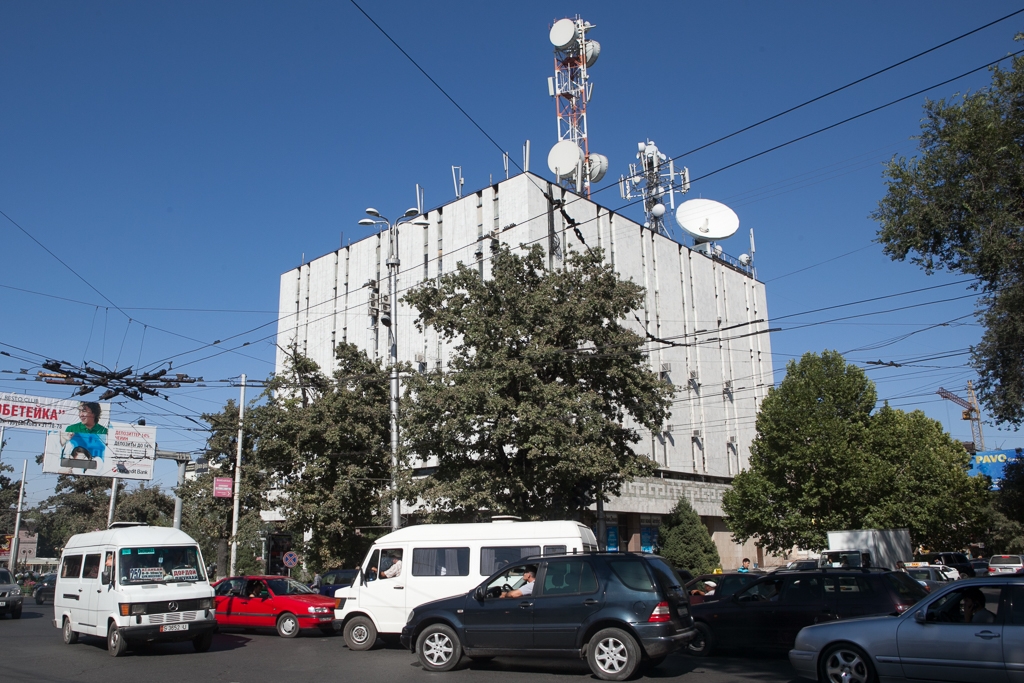 Broadband internet connections in Kyrgyzstan are about half as common as in the other four EAEU members. (Eurasianet photo)

The Eurasian Economic Union always intended to tackle more than trade and travel. Lofty plans to boost other aspects of member economies have circulated from its earliest days. Some of these intentions sound great in theory, but wither in practice: Plans to rapidly expand digital infrastructure are no exception, running up against unrealistic expectations, countries pursuing their own agendas, and starkly uneven levels of IT infrastructure.

In December 2016, a year after the EAEU was formed, the members – Russia, Kazakhstan, Belarus, Armenia and Kyrgyzstan – agreed to integrate their digital economies. Ten months later, a Digital Agenda promised to “develop common digital initiatives and projects” by 2025. The document focused on integrating infrastructure, digitizing key EAEU resources, and expanding connectivity and the use of internet services. The Eurasian Commission, the EAEU’s governing body, predicted these initiatives together would add 10.6 percent to the bloc’s GDP by 2025, boost employment by 2.5 percent and labor productivity by 1.7 percent.

Officials suggested the digital economy as a share of the EAEU’s GDP should reach at least 20 percent by 2025. It is currently under 3 percent, according to research by the Eurasian Development Bank, a regional lender comprising the EAEU and Tajikistan.

Twenty percent does not only look ambitious in Eurasia. In digital powerhouse Estonia, information and communications technologies (ICT) accounted for 6.2 percent of GDP in 2018, says the country’s statistics agency. The digital economy as a share of U.S. GDP is around 7 percent, according to the most recent American government figures.

This gap between the EAEU and more developed countries results from a number of factors, says research by the Eurasian Development Bank. Primarily it is a lack of digital infrastructure – ICT networks and the kinds of related services that help businesses and governments enhance efficiency and better communicate with both customers and citizens.

Even more worrying to the EAEU’s planners is the yawning gap within the region itself. Broadband internet connections in Kyrgyzstan are about half as common as in the other four members.

Where connections are comparable, there are still significant differences in how technical development is bankrolled, the World Bank’s Digital Adoption Index shows. For example, in Belarus local businesses lead ICT investment; in Kazakhstan, it is the national government; in Russia, private citizens. In its E-participation Index, the Eurasian Development Bank assesses how governments use online services to reach citizens. Russia ranks first at 0.92 (on a 0-1 scale); Armenia last at 0.57.

Moreover, in all EAEU member states, to some degree, these initiatives run parallel to government security agendas, such as the boom in “smart city” surveillance infrastructure and efforts to both throttle and monitor online activity.

Though EAEU members have agreed to coordinate digital action plans, in reality there is no united program to close the development gap, says Bishkek-based political scientist Denis Berdakov.

“Every member has its own national agenda. For example, in Kyrgyzstan its Taza Koom, [“Smart Nation”] where the main focus is the digitization of state services,” Berdakov told Eurasianet.

The Russian government’s “Digital Economy” project – with a budget of more than $25 billion for the period 2018-2024 – focuses on improving access to high-speed internet. “It will help Russian companies develop their own digital initiatives,” said Anna Nesterova, founder of Global Rus Trade, a Moscow-based business-to-business platform for cross-border e-commerce. “We, for example, now intend to cooperate with other digital trade portals within the union to start cross-border electronic trade.”

On the opposite end of the spectrum, in Kyrgyzstan, commerce is expected to be the most challenging sphere for digitization, because few in the private sector can afford the necessary investments, Berdakov believes. The lack of resources is a problem for the Kyrgyz government as well, says Igor Shestakov, co-founder of the Pikir Regional Experts Club, a Bishkek-based think tank. “The state’s digital program depends on international grants,” Shestakov told Eurasianet.

Some Union-wide projects have begun, however. To coordinate digital development, in 2017 the EAEU Business Council established the Digital Agenda Committee, which encourages the private sector to help realize the EAEU digital agenda. In June 2019 its head, Vladimir Basko, told Regnum news agency that the first priority is digital industrial cooperation and mutual recognition of electronic documents. After that, the committee will provide legal advice.

Despite these initiatives, digitization within the EAEU looks set to remain low, says Antonina Levashenko of RANEPA, the Russian Presidential Academy of National Economy and Public Administration, in Moscow. In part this is because the countries are not looking at the big picture.

“According to the norms of the Organization for Economic Cooperation and Development [a club of mostly rich countries], drivers of the digital economy are blockchain, artificial intelligence, the internet of things and big data,” Levashenko told Eurasianet. “But none of these technologies are mentioned in the [EAEU’s] Digital Agenda.

**Correction: The Digital Action Committee was established in 2017, not 2018 as this story originally reported. It was established by the EAEU Business Council, not the Eurasian Economic Commission.