EurasiaNet's 2015 Photos of the Year 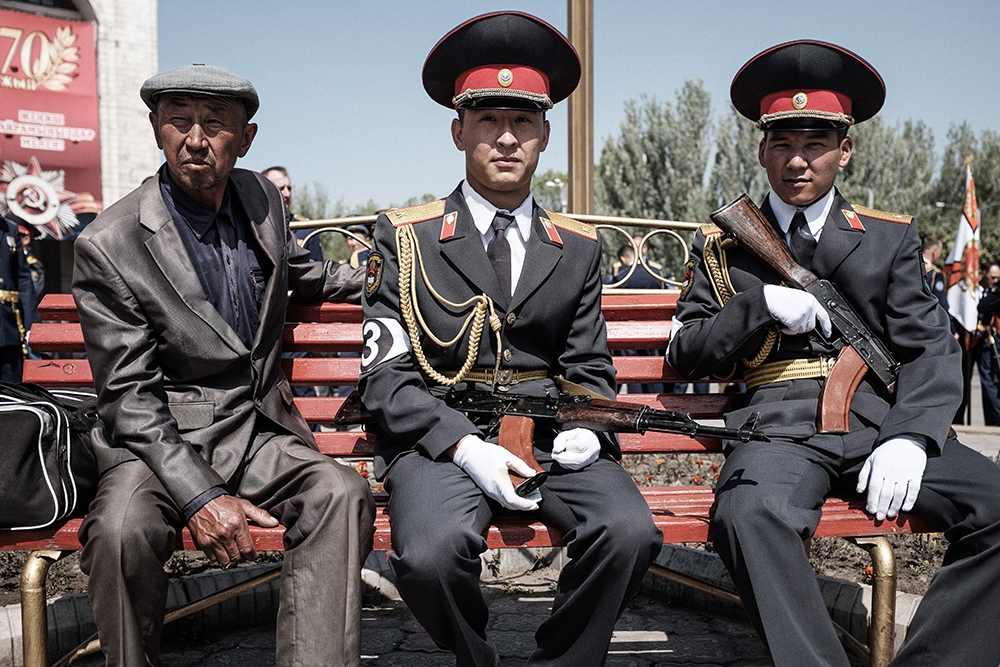 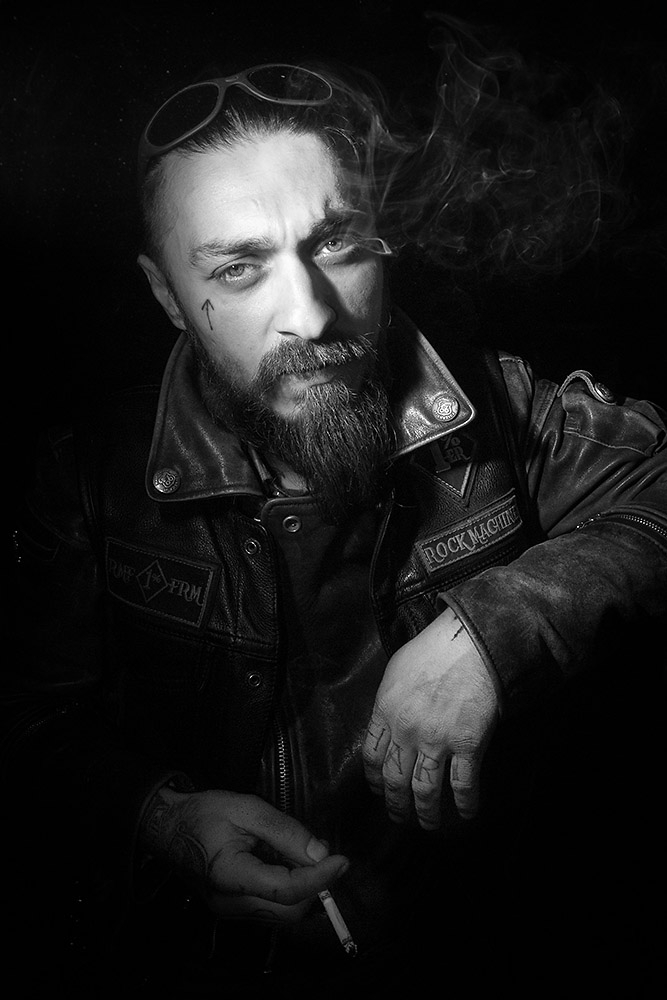 A woman stands in front of a war-damaged house in Debal’tseve, Ukraine. (Photo: Jonathan Alpeyrie) 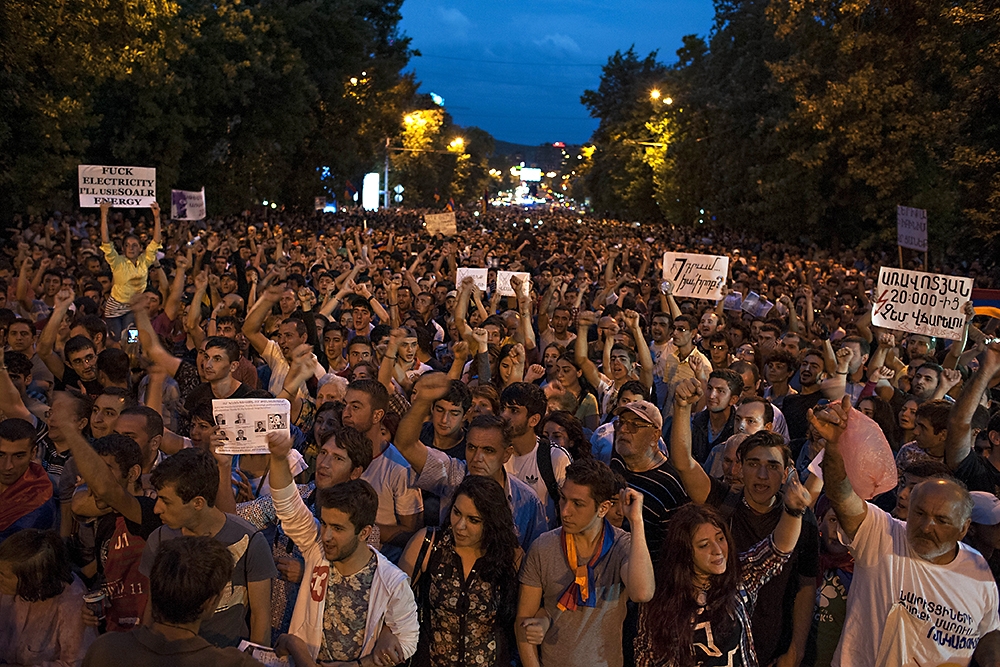 Thousands take to the streets in Yerevan to protest against a proposed hike in electricity rates. (Photo: Nazik Armanakyan) 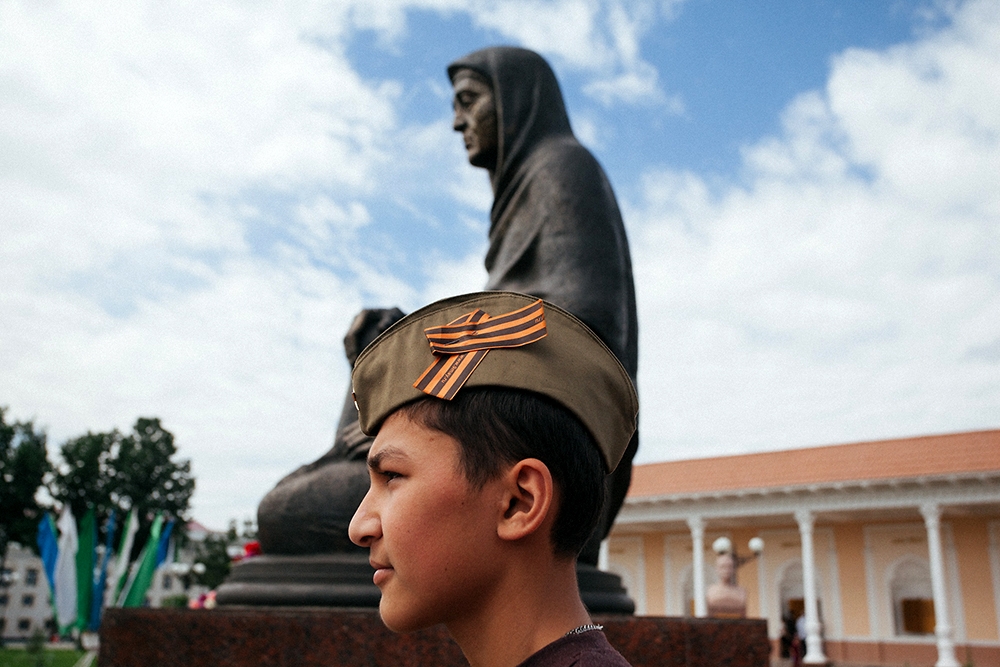 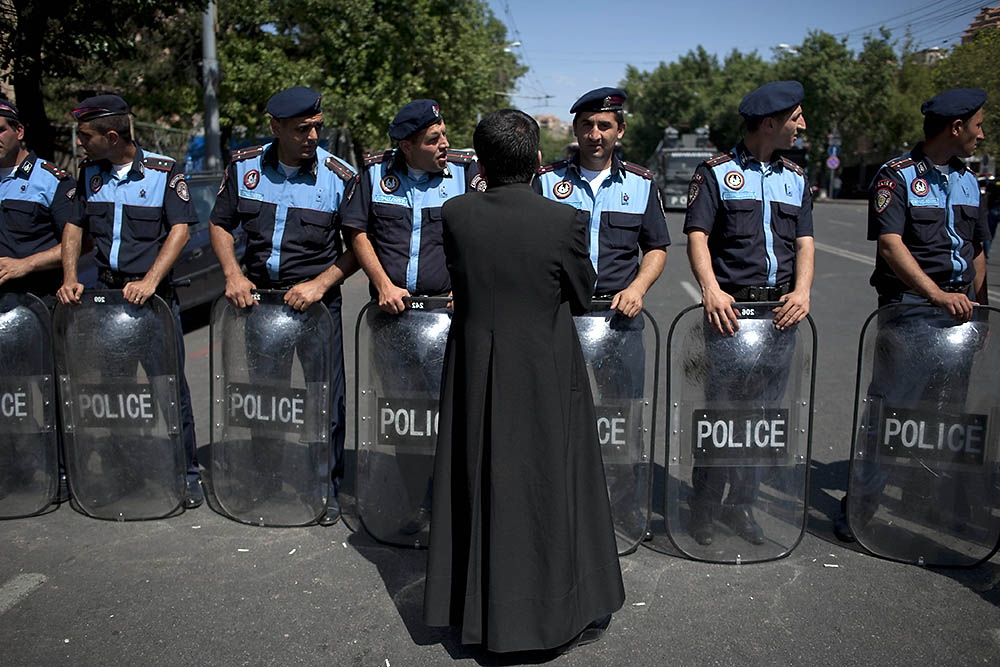 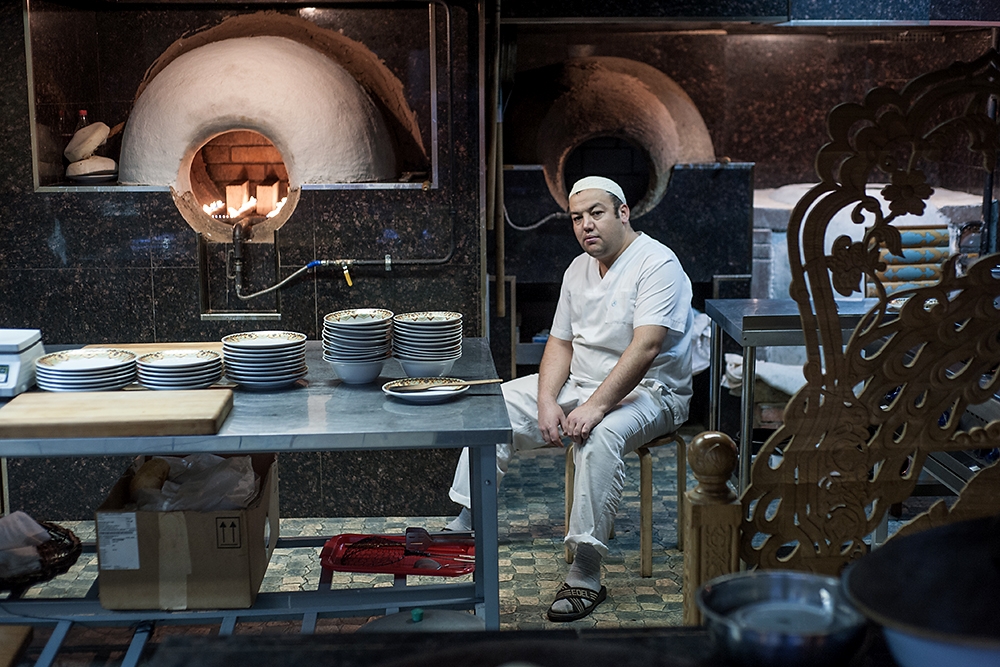 Maruf, from Fergana, cooks at Uzbek restaurant Brichmulla and has lived in Moscow for 15 years. (Photo: Konstantin Salomatin) 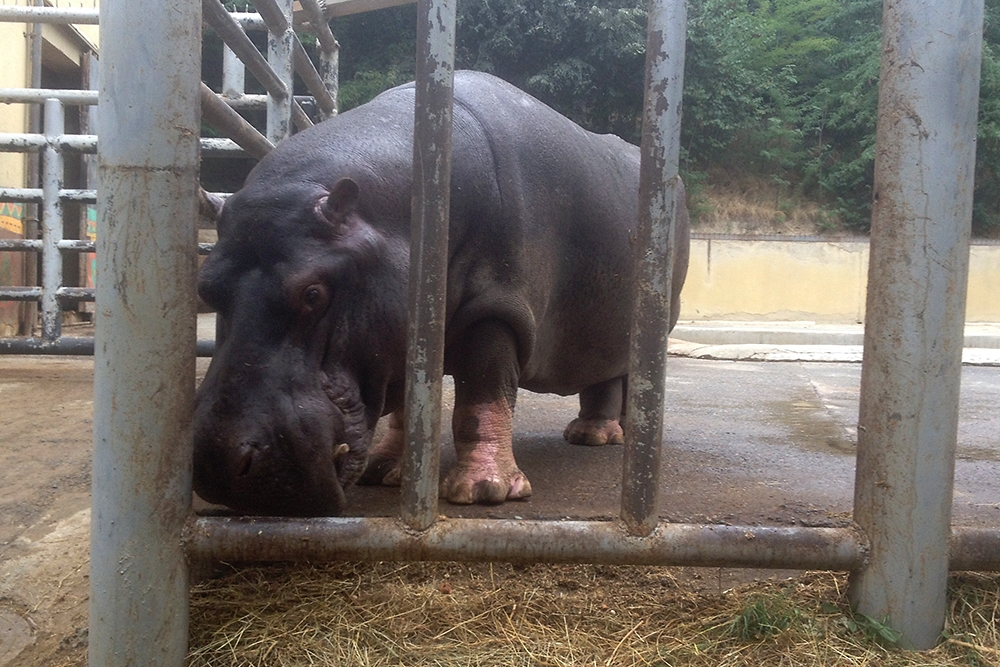 After a June flood destroyed her home, Beggi the hippo was moved to a temporary home in Tbilisi. (Photo: Paul Rimple) 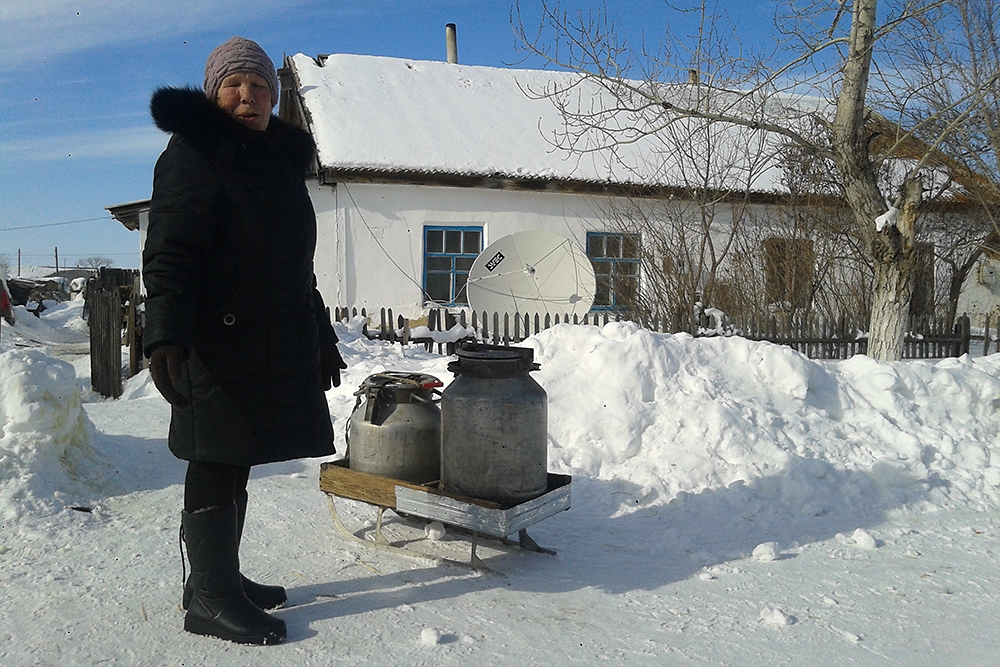 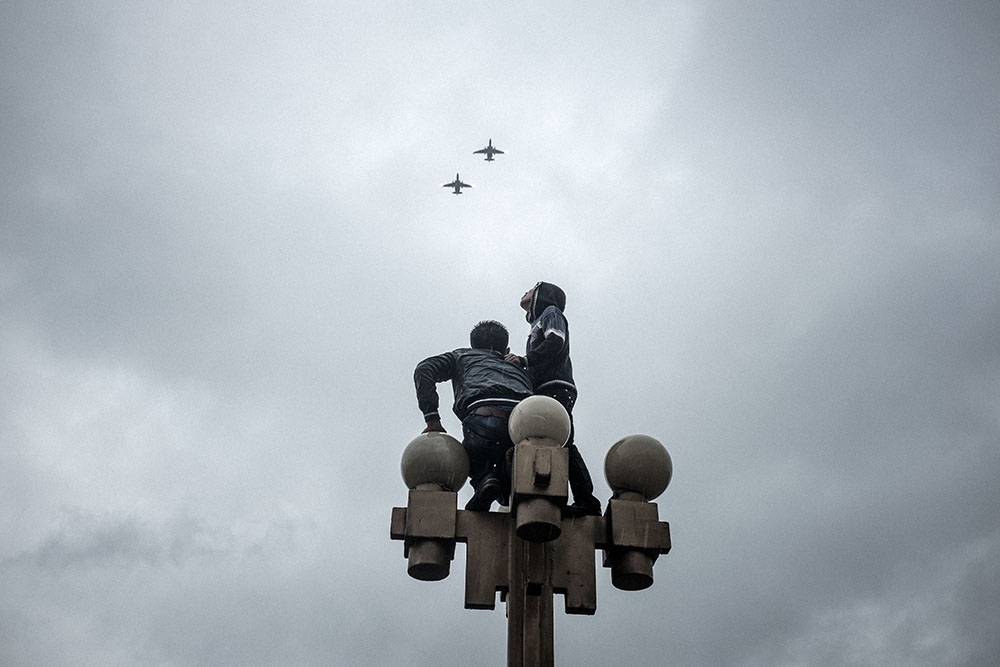 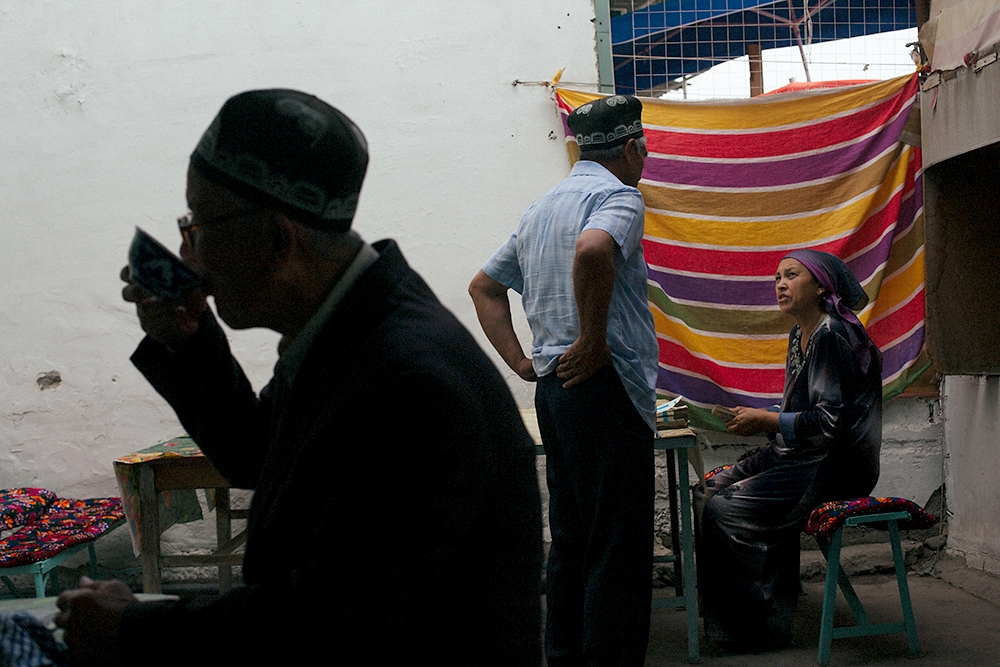 Patrons have lunch at a cafeteria in the older part of Andijan, Uzbekistan. (Photo: Timur Karpov) 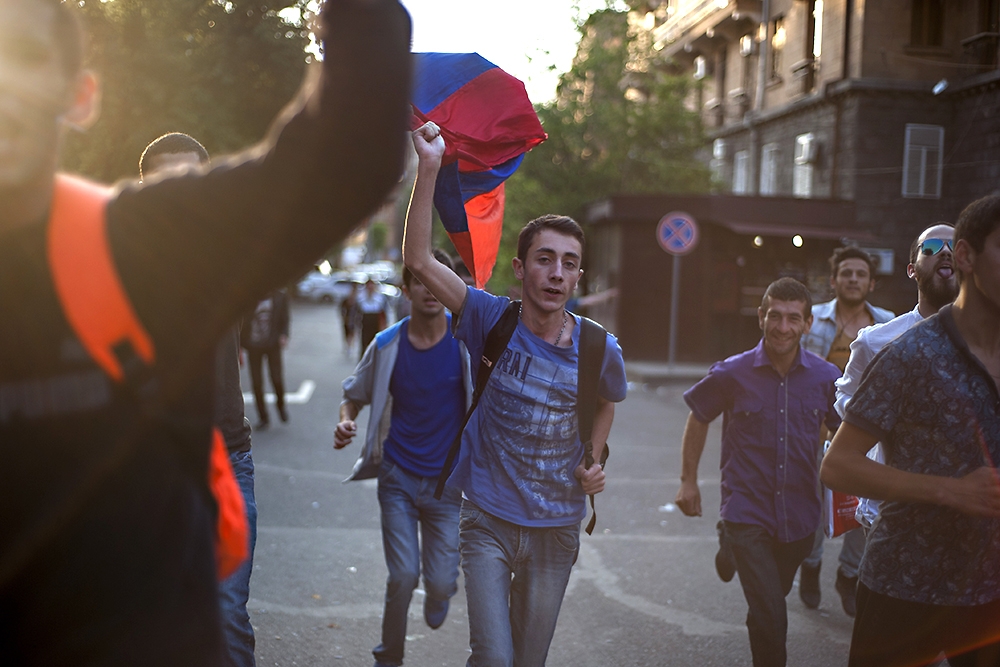 Protestors run through the streets of Yerevan to join a rally against the rise in electricity rates. (Photo: Nazik Armanakyan) A killed resident of Debal’tseve, Ukraine, lays covered with a jacket in his bombed home. (Photo: Jonathan Alpeyrie) 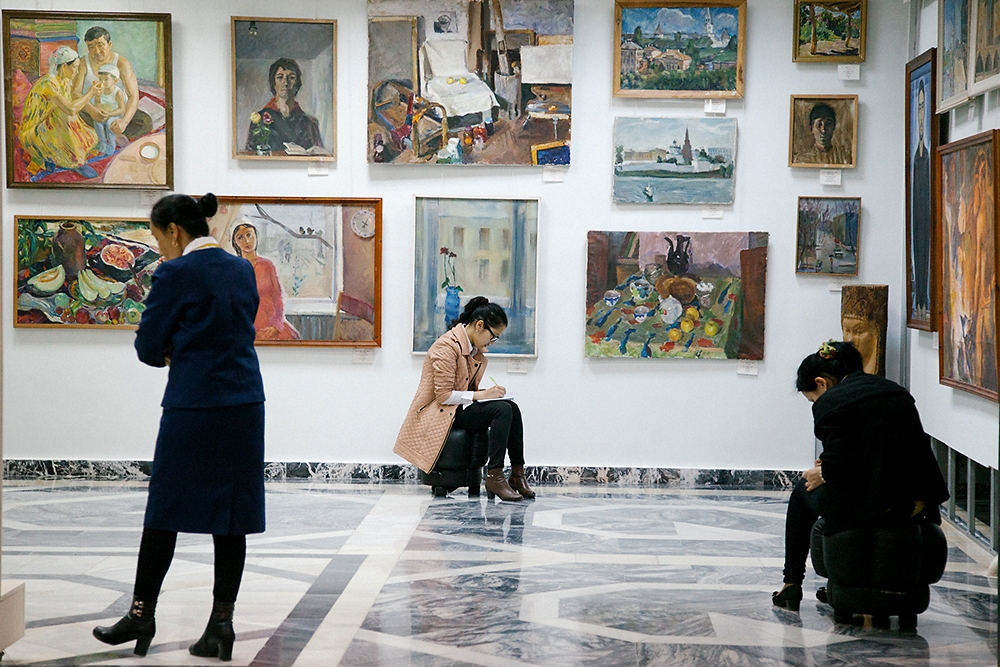 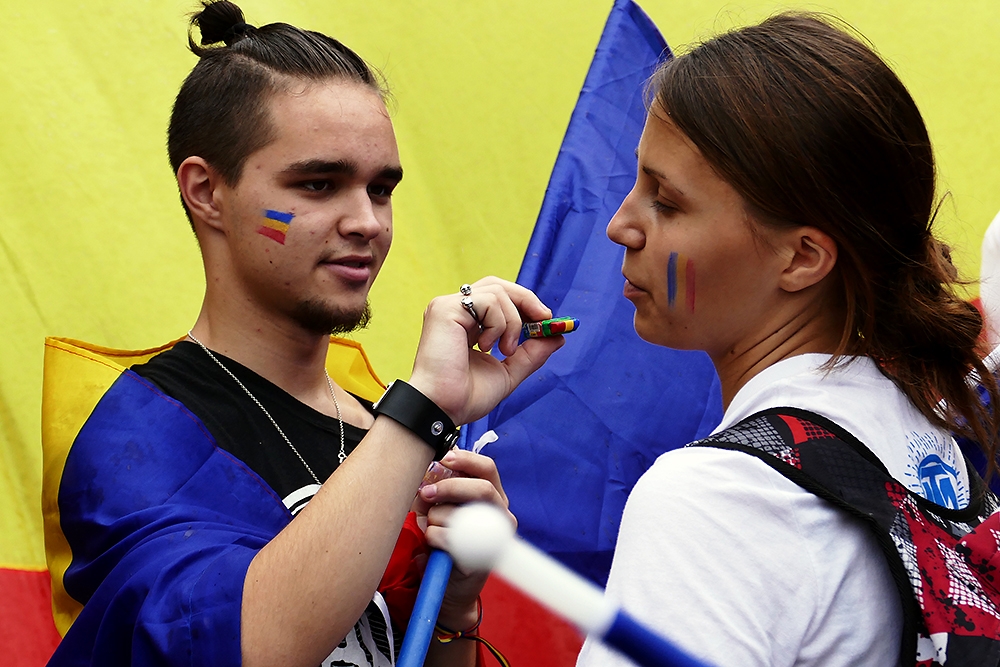 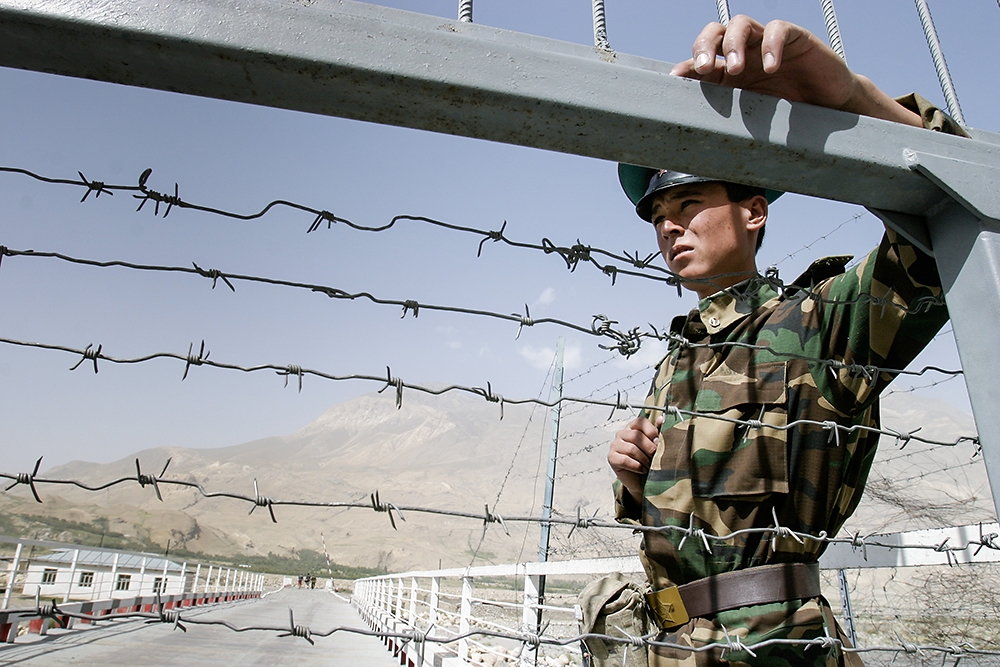 A Tajik conscript guards the border with Afghanistan at Ishkashim. (Photo: David Trilling) 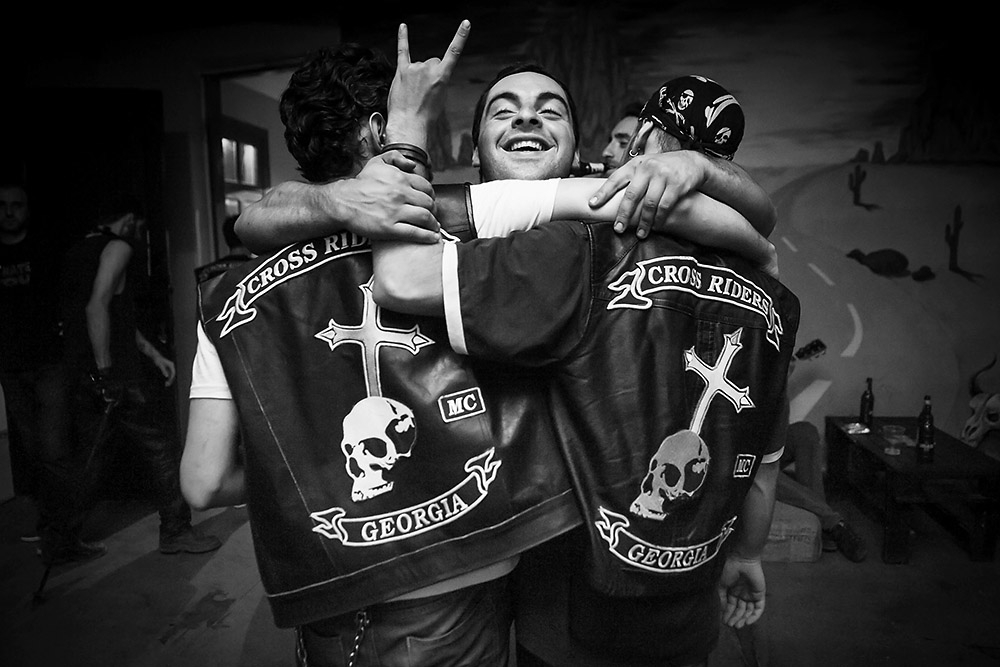 Members of the Cross Riders MC in Tbilisi celebrate the arrival of their jacket patches. (Photo: Onnik Krikorian)
prev
next

Parades across the former Soviet states commemorated the 70-year anniversary of the end of the Great Patriotic War, also known as World War II, while a new military confrontation between Russia and Turkey sparked a political row between old Cold-War foes. In Ukraine, the eastern frontline between pro-Russia insurgents and the Ukrainian military remained a stalemate. Thousands took to the streets in Moldova to protest against the country's economic troubles because of endemic corruption and the theft of $1 billion from three Moldovan banks, while in Armenia the Electric Yerevan protest exposed outrage against massive rate increase by the Russian-owned Electric Networks of Armenia.

These, and hundreds of other stories, were covered by our contributing photojournalists and documentary photographers in 2015. It is through their eyes and by capturing with their cameras that EurasiaNet.org can present unique stories of people, events, and humanity in the South Caucasus, throughout Central Asia, and across the Crimean Peninsula. These images are a look back at EurasiaNet's best photo coverage of news and stories from 2015.

Although all of the excellent photos and hard work from our photographers cannot be featured on this select gallery of images, you can review all of our posted Photo Essays here.