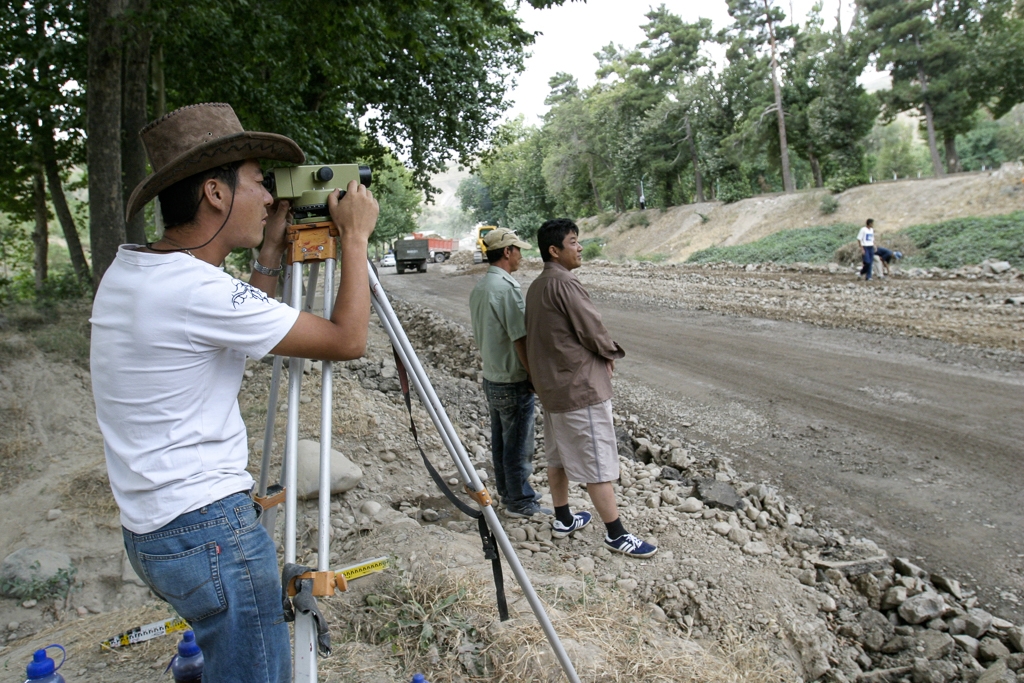 Poorly governed, resource-rich countries with exploding populations that are hungry for investment: Africa and Central Asia have much in common. Both are also aggressively courted by Chinese investors, these days under the catch-all Belt and Road Initiative, or BRI.

Africa got a head start, however, and could offer some lessons for Central Asia, said Cobus van Staden of the South African Institute of International Affairs, during a recent presentation at Harvard University.

“In a lot of ways, Africa was a small-scale testing ground for what’s now being called the BRI,” van Staden, a senior researcher on China-Africa relations, said on October 23 at the Davis Center on Russian and Eurasian Studies.

Decades ago, long before it became feared in the West as an existential business threat, China was looking to gain experience. It needed resources and it needed a place it could invest without a lot of competition, van Staden explained: “This frequently translated to China moving into high-risk environments, frequently in areas that were left open for a reason by more established Western actors” – places like Sudan and Angola. Western companies didn’t want to work in such difficult conditions, with such uncertain payoffs. Chinese state-owned enterprises, however, “managed to get international experience in these [challenging places] where if something went crazily wrong it wasn’t like it went wrong in New York. If it were a failure, it was a failure in a relatively contained environment that didn’t have a lot fallout elsewhere.”

Additionally, African leaders were happy because they “could go from discussion to implementation in a year or two years, whereas World Bank projects – well, in the first place, these projects weren’t being funded by the World Bank at all and, even if they were, it would take a decade.”

Yet this investment surge has not been without controversy on the ground, said van Staden. Some examples:

Zimbabwe faced public backlash when it agreed to install facial-recognition cameras around the capital. The cameras came cheap, but the data is being collected and sent to China to assist AI machines struggling to distinguish dark-skinned faces. Eurasianet has reported similar fears about cheap or free Chinese surveillance technology flowing into Kazakhstan, Uzbekistan and Kyrgyzstan.

On the Indian Ocean island of Lamu, a UNESCO World Heritage Site, Kenya was going to use Chinese financing and a Chinese contractor to build a coal-fired power plant. Civil society organizations sued and a court shut the project down.

And a story from Tanzania will sound familiar to anyone who has followed protests over Chinese mining or farming in Kyrgyzstan and Kazakhstan. There, back in 2012, Chinese companies installing gas pipelines faced violent protests from local communities who felt they had not been adequately consulted by their government about the project.

“There tends to be an assumption within China that if a country is on board with a project, that means the local communities will be on board as well. And that in Africa, of course, is not the case,” van Staden said. “In many cases in Africa the local community was not informed of what the central government decided, or not consulted. And the local community often has a powerful disruptive role.” Same goes for Central Asia.

Some of these cases belie the “win-win” argument Beijing often uses in developing countries – the idea that everyone benefits from Chinese largesse. This, he said, “is problematic because it doesn’t take into account the incredible differences in power between China and its various African partners.”

On the other hand, cases like Zimbabwe, where the government has backtracked on the facial-recognition technology after a public outcry, raise questions about decision-making agency: A developing country “might have a lot less agency than China but that doesn’t mean it has no agency,” van Staden cautioned. One mustn’t assume “that African governments are so weak or so corrupt that they can’t or won’t exercise control over the relationship.”

As in Africa, Central Asian politicians have found themselves walking a fine line with Chinese investment. “China can be used as a stick to beat an incumbent politician,” van Staden said of Africa. “There can be talk about how an incumbent party is in the pocket of China.” That is true also in places like Kazakhstan and Kyrgyzstan, two countries where ties to China are increasingly a liability.