Pashinyan has little choice but to curry Kremlin tolerance in order to give his reform efforts a better chance. 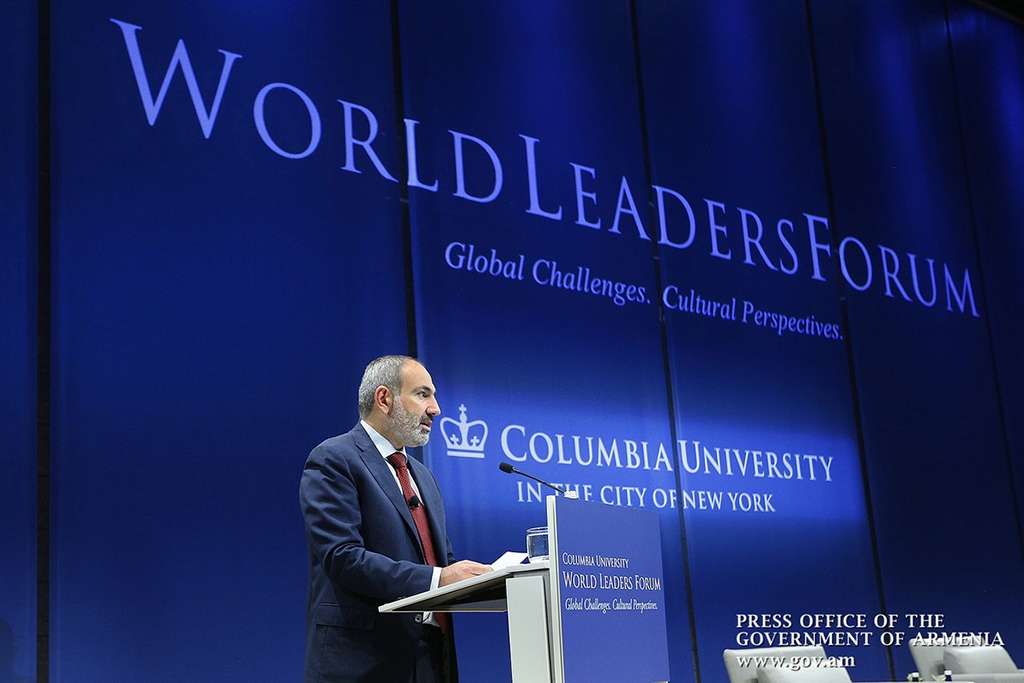 Armenian Prime Minister Nikol Pashinyan is proving to be skilled in the art of philosophical juggling. In late September, when he was in New York to attend the UN General Assembly, Pashinyan delivered a full-throated endorsement of liberal democracy. And less than a week later, back in Yerevan, he was acting as the convivial, selfie-taking host of a jamboree of authoritarian leaders.

The mixed optics are indicative of the unique challenge that Pashinyan faces in Eurasia; he wants to make the Armenian government more transparent while staying in the good graces of Russian leader Vladimir Putin, who treats transparency like a dirty word. Given that Russia is Armenia’s chief strategic and economic patron, Pashinyan has little choice but to curry Kremlin tolerance in order to give his reform efforts a better chance of success.

Pashinyan swept to power in the spring of 2018 vowing to curb corruption and clean up Armenia’s political culture. In New York, he portrayed himself as an unabashed liberal in the Lockean sense of the term. During a September 25 policy address at Columbia University, he stressed “a need to develop inclusive” institutions in Armenia that make government more accountable to citizens.

“The world needs positive examples of [political] inclusiveness,” he said.

But when pressed during the question and answer segment of his Columbia appearance, Pashinyan made it clear that his liberal vision has glass walls. Asked to unequivocally condemn Russia’s territorial seizure of Crimea, he demurred, thus highlighting his conundrum of trying to mesh liberal ideals with geopolitical realities in Eurasia.

He described the simmering conflict over Ukraine/Crimea as “sensitive,” adding that “condemnation doesn’t always solve the situation.”

Pashinyan’s punt on the Crimea question is understandable. To call out Russia would doubtless invite Putin’s wrath, and that is something he can’t afford to do right now.

The Armenian prime minister’s relationship with Putin has been far from warm. But during a Eurasian Economic Union (EAEU) summit in Yerevan on October 1, the two seemed to get along well enough. After a one-on-one meeting, Pashinyan announced that Armenian-Russian relations are on a “positive track.”

In his Columbia address, Pashinyan expressed a desire for members of the Armenian Diaspora to play an expanded role in promoting reforms. He asserted that previous administrations in Yerevan had sought to limit the role of Diaspora Armenians to several specific areas, in particular efforts to secure broader international recognition of the Armenian Genocide in Ottoman-era Turkey. Getting Diaspora members more involved in all aspects of domestic reforms would be an important element in “making our democracy sustainable institutionally,” he said.

Pashinyan at Columbia described democracy and human rights as “universal values,” but added a qualifier that will reassure Moscow: Democratic institutions need to be home-grown and reflect the “nuances” of the country in question, he said.

“Democracy and freedom should be a choice for a country or people,” he said, going on to emphasize that they “should not be exported.”