Reform of the judiciary seen as a top priority. 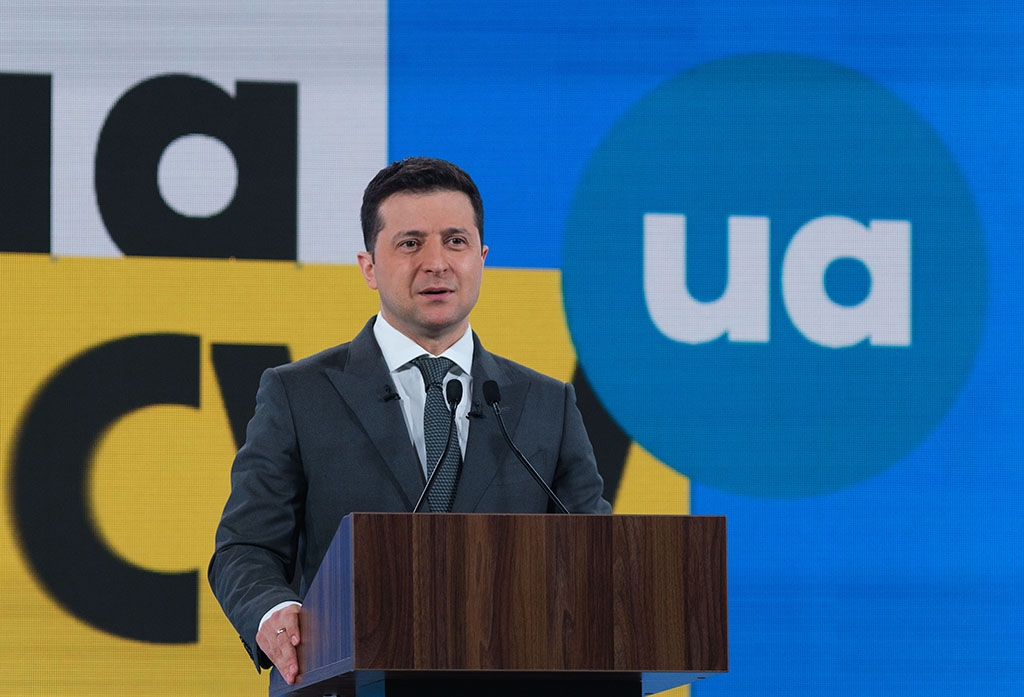 The outcome of a protracted tug of war between Russia and the West over Ukraine’s political orientation could hinge on whether incumbent pro-Western officials in Kyiv can deliver on promises to tame rampant corruption. The consensus among reform advocates is that Ukraine is making tangible progress, but that public perceptions are lagging behind accomplishments.

Gathering for an April 21 conference convened by Columbia University’s Harriman Institute, key players in Ukraine’s anti-corruption fight also noted that reforms would benefit from a greater coordination among Western allies to support Kyiv and counter determined Russian efforts to block change. [Note to readers: Eurasianet is based at the Harriman Institute.]

Since the Euromaidan uprising of 2014, when a notoriously corrupt, pro-Moscow government gave way to one outwardly embracing liberal values, Ukraine has created several institutions to combat graft, including a National Anti-Corruption Bureau (NABU) and a specialized anti-corruption court. In addition, government employees are now required to file annual electronic declarations of their assets, and state contracts are awarded through a transparent procurement system. Many of the anti-corruption systems have been implemented with the close backing of international development agencies, including USAID.

Ukraine’s performance in tackling systemic corruption has received mixed reviews. From 2015-20, for example, Ukraine’s rankings in a bellwether global survey on corruption, conducted annually by the watchdog group Transparency International, have seemed to tread water.

But conference participants said there is lots of forward movement under the surface.

Daria Kaleniuk, the executive director of the Ukrainian Anti-Corruption Action Center, a Kyiv-based non-governmental organization, told the conference that a variety of mechanisms in Ukraine are enabling NGO activists and journalists to monitor public spending and bring corruption to light. Such tools, she added, comprise the “first, important step in fighting corruption.”

Kaleniuk acknowledged that recent anti-corruption measures have not significantly altered Ukraine’s international image as a big node of government sleaze. But the country’s reputation is growing outdated, she argued. “It is not true,” she said. “The only reason we are being perceived like that is because we are actually fighting corruption, and because there is progress.”

The government’s electronic procurement system, dubbed ProZorro, represents one important area of progress. In 2014, an estimated 10 percent of all government contracts awarded, or over $2 billion, disappeared into the pockets of crooked officials and others, due to a variety of flaws in the then-existing system. ProZorro has plugged gaps in the procurement process, and, according to some estimates, has saved the Ukrainian government almost $1 billion via increased competition in bidding.

The overwhelming electoral support for President Volodymyr Zelensky’s reform agenda in both presidential and parliamentary elections in 2019 provided clear signals of the Ukrainian citizenry’s frustration with grand corruption, and the widespread public yearning for rapid change.

Such expectations were always going to be difficult, if not impossible to fulfill, said Eka Tkeshelashvili of the European Union’s Anti-Corruption Initiative for Ukraine. She stressed that combatting graft in countries where it is deeply entrenched is “not a linear process.”

She pointed to to several Ukrainian measures, especially the electronic asset declarations system, that had succeeded in disrupting corruption. It is only natural, she added, for vested interest groups and individuals to use all available means to counter transparency initiatives aimed at cutting their illicit revenue streams. Some of those who have been put on the defensive by anti-corruption measures control mass media outlets in Ukraine; not surprisingly, those outlets tend to be critical of the government’s actions.

Given the legacy of corruption in Ukraine, patience, backed by well-coordinated and sustained policies, is needed to bring about lasting change, Tkeshelashvili said. “You can tackle systemic corruption, if you are systemic enough in terms of fighting corruption.”

The Harriman conference – “Innovating Solutions to Systemic Corruption in Eurasia: Strengthening Ukraine’s Sovereignty through Sustainable Anti-Corruption” – devoted a lot of time to next steps. The key area of need, participants agreed, is overhauling the judiciary to ensure greater standards of propriety among judges, and eliminating the influence of money and political connections in judicial outcomes.

Without substantive change in the way judges are appointed, “all the progress we have achieved” will remain at risk, said Kaleniuk. Other participants pointed to the Supreme Court’s controversial actions in late 2020 to disrupt the Zelensky administration’s anti-corruption program.

Many reformers had hoped the judiciary’s transformation would occur naturally: Older jurists steeped in Soviet ways would retire and be replaced by young and professionally qualified legal experts. But that has not happened, said one conference participant, Andriy Kozlov, an attorney and former member of Ukraine’s High Qualification Commission for Judges. A significant number of judges do not see the judiciary as a “call of duty,” but more as a “profitable playground,” Kozlov explained.

“There is a strange combination of old-school judges […] and those judges with, let’s say, more commercial minds,” Kozlov said.

Mark Wolf, a U.S. federal judge in Boston, told participants about his efforts to foster the creation of an International Anti-Corruption Court. Such an institution, Wolf said, could act as a “court of last resort” that would “only prosecute high officials from countries that are unwilling or unable to prosecute [cases] themselves.”

Tetiana Lisovska, the eProcurement team leader for a consortium of aid agencies and foundations dedicated to promoting transparency in Ukraine, highlighted an improvement to the ProZorro procurement system. The new component, ProZorro Market, allows state agencies to make small-scale purchases of supplies, such as pens and masks to combat the spread of the coronavirus, quickly and cost-efficiently.

In the face of broad push-back against reforms, anti-corruption advocates should be encouraged by the abundance of “human capital” in Ukraine dedicated to rooting out graft, said Matthew Murray, one of the conference co-moderators. The challenge in the coming months and years for reform advocates is to spread the word that anti-corruption work is having a positive effect. “The internal threat that corruption poses to Ukraine’s sovereignty is indeed real,” Murray said. “But perhaps we all need a bit of reminder of how much progress we’ve made.”