A new poll finds that almost nine out of 10 Ukrainians surveyed were aware of the impeachment proceedings and Ukraine’s role in them. 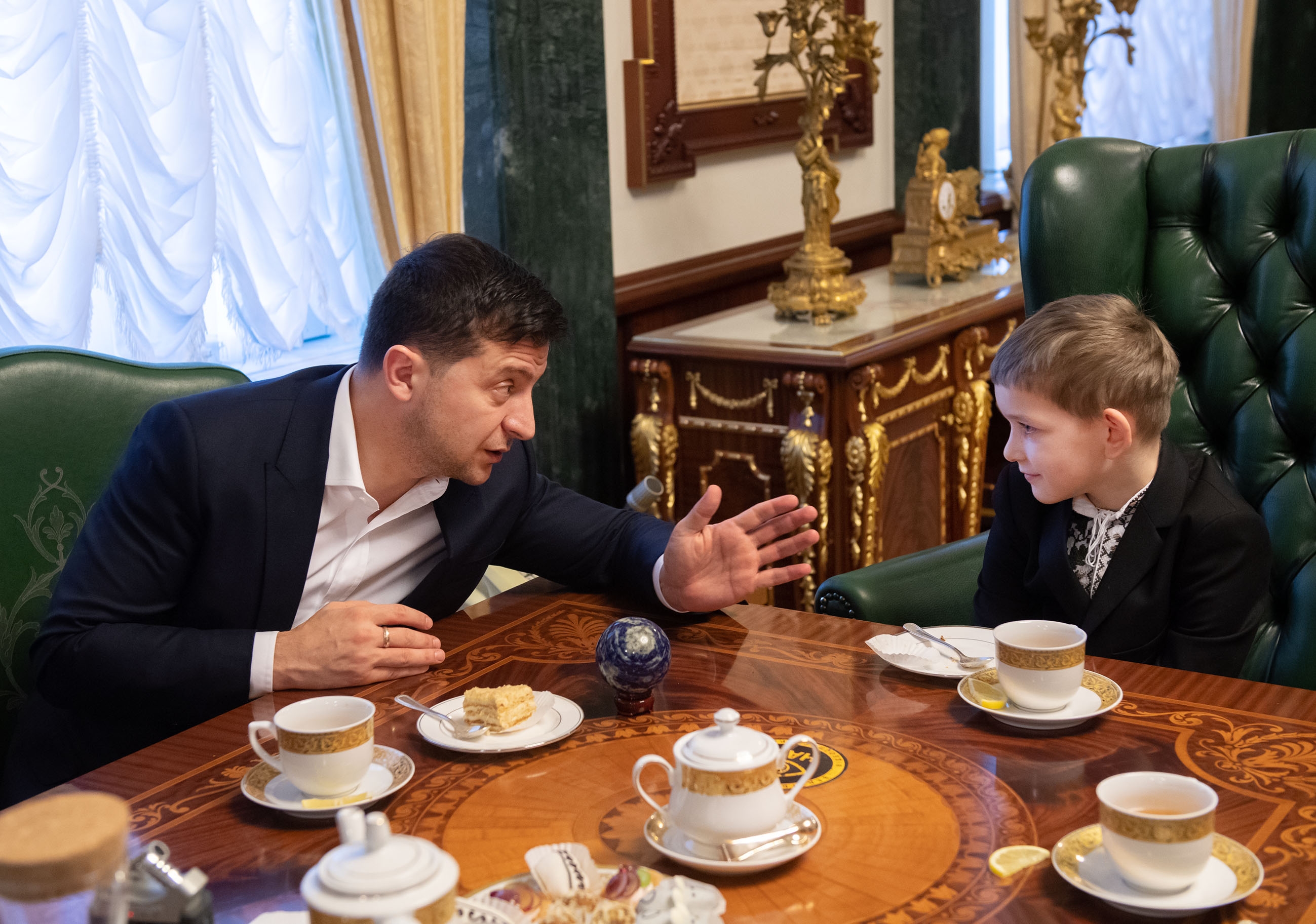 The data indicate a substantial majority of respondents approved of Zelensky’s actions in the face of the Trump administration’s pressure campaign. (president.gov.ua)

The scandal driving the impeachment proceedings in Washington, in which President Donald Trump stands accused of trying to coerce Ukrainian leaders for his personal political benefit, doesn’t seem to be causing collateral damage to President Volodymyr Zelensky in Kyiv. Fresh academic research indicates that public support for Zelensky remains strong.

Data compiled in mid-January by a team of scholars, including Jordan Gans-Morse, a political scientist at Northwestern University, show that the Trump-Ukraine scandal has not tarnished Zelensky’s reputation as a corruption fighter in the eyes of the Ukrainian electorate. Zelensky came to power in 2019 vowing to combat top-level graft and promote more broad-based economic growth.

It was somewhat ironic, Gans-Morse noted, that “Zelensky based his political rise on a pledge to root out the type of behavior that Trump was engaging in.” Trump’s impeachment stems from charges that he deliberately withheld military aid from Ukraine while seeking a pledge from Zelensky’s administration to search for kompromat on one of the American president’s leading political rivals, former Vice President Joe Biden.

Almost nine out of 10 Ukrainians surveyed were aware of the impeachment proceedings and Ukraine’s role in them, according to Gans-Morse, who discussed the findings at a January 23 public forum in New York. The event, titled Impeachment – From the Ukrainian Perspective, was co-sponsored by Columbia University’s Harriman Institute and New York University’s Jordan Center for the Advanced Study of Russia. (Eurasianet is based at the Harriman Institute.)

The data indicate a substantial majority of respondents approved of Zelensky’s actions in the face of the Trump administration’s pressure campaign, Gans-Morse said. In addition, despite the widespread perception that Trump was to blame for the scandal, the overall image of the United States among Ukrainians hasn’t suffered much – at least, so far. Gans-Morse said one potential explanation was that the impeachment proceedings may have reassured many Ukrainians that the U.S. still had effective means to check executive branch excesses.

Another featured speaker at the January 23 event, Olga Onuch, a senior lecturer at the University of Manchester in the United Kingdom, said that while many Ukrainians are aware of the impeachment trial, it is not their overriding concern. The ongoing conflict in eastern Ukraine involving Russian-backed separatists, along with the country’s persistent economic woes, are the main topics on peoples’ minds.

“To be honest, Ukrainians aren’t talking much about the impeachment,” Onuch said.

One reason that may have led Trump and his aides to think Zelensky would go along with a quid pro quo is that the preceding Ukrainian administration, headed by former President Petro Poroshenko, seemed willing to play ball, said Keith Darden, a professor at American University and another featured speaker at the January 23 event.

Darden told the audience that he had reviewed all the documentation publicly released by Lev Parnas, a large-scale Trump donor and political operative who the documents show worked closely with Trump’s personal lawyer, Rudolph Giuliani, to further the president’s private political interests in Ukraine. Parnas is under indictment for allegedly violating campaign finance rules.

Darden cautioned that new revelations contained in the Parnas papers had the potential to alter the dynamic of U.S.-Ukrainian relations. Ukraine, Darden explained, has received substantial support to date from the U.S. and European Union by casting itself as a victim of Russian aggression.

Some revelations in the Parnas papers – specifically that members of the Poroshenko administration were willing to meddle in domestic U.S. political affairs to benefit Trump – could possibly “impact” how Democrats in Congress view Ukraine, Darden suggested. For some Americans, Ukraine may no longer be seen purely as a victim.

“The innocent victim narrative is vital to Ukraine’s survival,” Darden said. “Take that narrative away and they are in trouble.”

Darden said that Zelensky’s administration, by resisting Trump’s quid pro quo, may not end up suffering for the previous administration’s actions. Nevertheless, “new facts are changing the narrative,” Darden said. “The risk is that Ukraine could fall off the [American] funding radar.”