Everyone wants to be president of Georgia

Georgians are choosing from among a record number of presidential hopefuls. 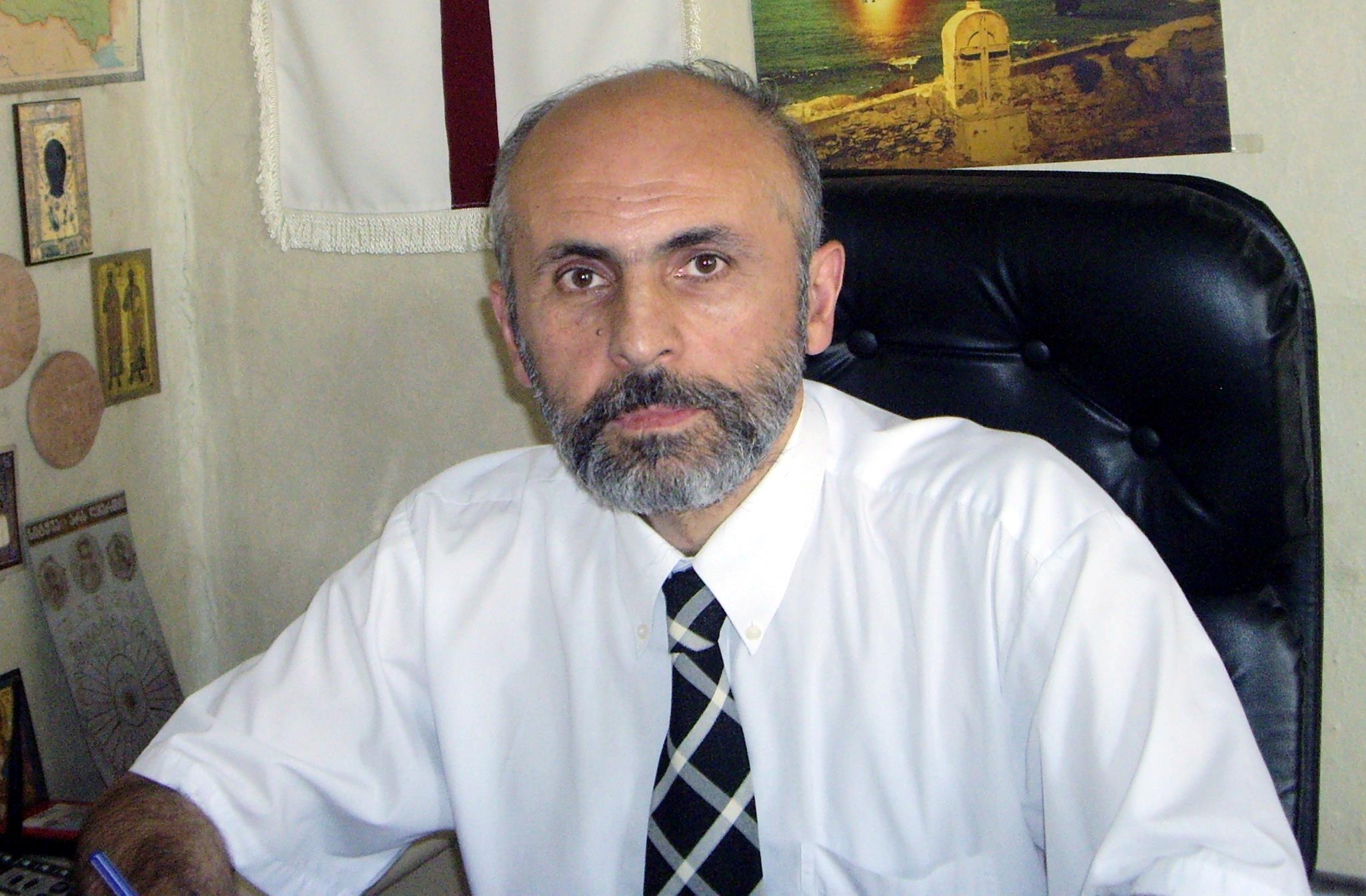 Mikheil-Gela Saluashvili, one of Georgia's many long-shot presidential candidates, in his Facebook profile photo.

“The Second Coming of our Lord Jesus Christ is almost upon us and in times like these it is imperative that the president of Georgia is the agent of God’s will on earth.” Such is the electoral platform of Mikheil-Gela Saluashvili, a candidate for president in Georgia.

Saluashvili's chances may be slim, but he has at least gained attention – no small feat considering that he is one of more than two dozen candidates competing in the October 28 election, the most heavily populated presidential vote in the nation’s electoral memory.

The number of presidential hopefuls in Georgia has grown steadily with every election in the last decade, reaching 25 this year. As many as 46 individuals initially flocked to apply for the job of head of state, but the electoral authorities disqualified nearly half the bids.

Still, Georgia has ended up with a large and colorful choice of presidential hopefuls. It is a crowded field dominated by establishment candidate Salome Zourabichvili and her major political rivals, but also includes a wide cast of supporting characters: everyone from an apocalypticist, a veterinarian, a golf enthusiast and five unemployed men.

The media is required by law to provide airtime to all candidates, no matter how outlandish their campaign promises may be. As a result, televised presidential debates have at times resembled a Monty Python skit.

“New private houses will be built for all Georgian families, all 800,000 of them,” says Nikoloz Lekishvili, a fedora-wearing promoter of neo-conservativism, the monarchy, and electric cars, in a campaign ad. Another candidate, Kakhaber Chichinadze, brought a roll of blank paper to an interview and declared it his platform. “This is my election program, my slogan and my flag. I’m offering my voters to start from a blank page,” he said.

But as far as peculiar candidates go, the doomsday-oriented Saluashvili carries off the palm. In a series of online videos, Saluashvili says that Georgia has been assigned a special role in the final battle between the forces of good and evil. In this battle, former Georgian leader Mikheil Saakashvili and Russian President Vladimir Putin are, respectively, the prophesied kings of the south and the north.

In one video Saluashvili quotes the Book of Daniel, drawing parallels with 2008 Georgian-Russian war: “At the time of the end the king of the south shall push at him: and the king of the north shall come against him like a whirlwind, with chariots, and white horsemen… and he shall enter into the countries, and shall overflow and pass over.”

Saluashvili’s eschatological musings are a source of entertainment for many, but he did gain 1,376 votes (0.08 percent of total voter support) during the last presidential election in 2013. Both then and this year he was somehow able to collect upwards of the 25,900 signatures required to get on the ballot.

Observers can only guess how fringe candidates – individuals “you can’t even google,” as one local television station put it – manage to scare up thousands of signatures to register their bids.

“[G]eorgia is a small country with dense social networks,” one election analyst, Dustin Gilbreath, told Tamada Tales. “People can rely on friends, family and their friends’ families and family members’ friends for signatures.”

To solicit signatures, volunteers accost commuters at metro stations and go from door to door. Citizens often have no qualms about giving their signatures and details to the volunteers as they know they don’t have to actually support the candidates, said Gilbreath, deputy research director at the Caucasus Research Resource Centers, a survey and analysis group.

“It is socially awkward to refuse someone a small favor – signing something with little direct consequence,” Gilbreath said.

Another question – and an unanswered one – is why so many Georgians would care to have a go at the presidency. Many Georgian themselves wonder about it. “Everyone wants to be the president in this country,” is a common refrain on social media.

The number of presidential candidates stood at 19 in 2008, increased to 23 in 2013, and now the largest-ever crowd is jostling for the office. They're doing so just as the office is losing its relevance: A recent constitutional reform reduced the president to a ceremonial head of state. This also will be the last president to be elected through popular vote: Under the new constitution, subsequent presidents will be elected by a U.S.-style electoral college. Perhaps for many long-shot candidates, this is their last chance.