The Azerbaijani government has promised to prosecute any war crimes, but many are skeptical of its sincerity. 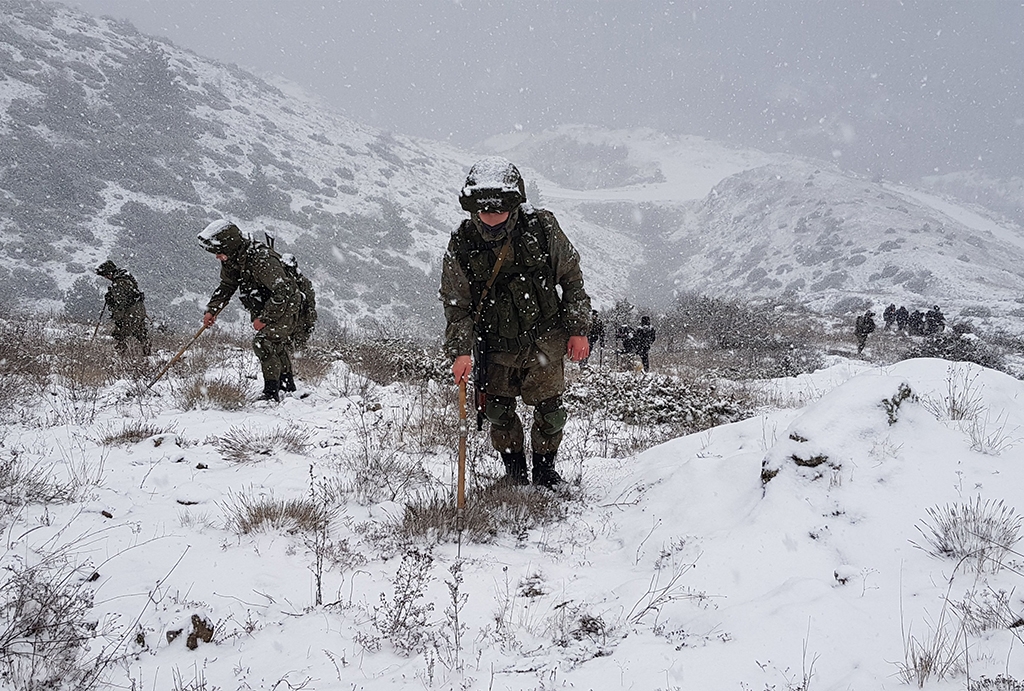 A steady stream of videos depicting shocking atrocities by Azerbaijani soldiers against Armenian civilians and prisoners of war has emerged on social media.

The videos, shot by soldiers and distributed on various Telegram news channels, depict a wide variety of torture, humiliations and mutilations of corpses. There have been several executions of captives shown, and at least two live beheadings.

The authenticity of most of the videos has yet to be confirmed, and the Azerbaijani government has promised to prosecute all such crimes. In a November 21 statement, the state prosecutor’s office announced it was opening a criminal case to investigate reports of “insulting the bodies of Armenian servicemen killed during the fighting for the liberation of our lands, as well as inhumane treatment of captured Armenian servicemen.”

“The perpetrators of such illegal acts will be identified and brought to justice,” it continued. It added, however, that according to initial investigations “many videos were found to be fake.”

A spokesperson for the prosecutor’s office, Kanan Zeynalov, told Eurasianet on December 8 that the investigations were continuing. “It is too early to say anything today,” Zeynalov said.

International human rights groups also are investigating. Human Rights Watch issued a report on December 2 on humiliations of captured Armenian soldiers, but it has not yet addressed the more serious atrocities. “Extrajudicial executions and despoiling dead are separate war crimes and we are still looking into it. It's complicated, as it's hard to verify the videos,” the organization’s associate director for Europe and Central Asia, Giorgi Gogia, told Eurasianet.

The steady drip of the videos has traumatized Armenians already reeling from their crushing loss in the 44-day war, in which Azerbaijan managed to take back a large part of the territories that it had lost in the last major war between the two sides in the 1990s.

“The videos of atrocities committed by the Azerbaijani armed forces against Armenian servicemen, as well as the mutilation of the bodies and photos circulating on social media, deepen the anxiety of family members [of current prisoners], the anxiety over the return of their relatives,” a group of Armenian civil society groups wrote in a December 3 letter to the United Nations Commission on Human Rights.

The issue is being hotly discussed in Azerbaijan, especially following the release of the second live beheading video on December 7.

A large number of Azerbaijanis refuse to believe the videos are real and believe they are part of a negative PR campaign.

One prominent political analyst, Arastun Orujlu, wrote on Facebook that “personally, I am convinced that these videos are fake,” part of a Russian-orchestrated campaign to discredit Azerbaijan. "It is an attempt to portray the victorious army of Azerbaijan to the world like a criminal gang. We must do our best to prevent this," he wrote.

Many other Azerbaijanis have been skeptical of the government’s sincerity in its promise to appropriately prosecute the crimes and have demanded accountability in the process.

A group of civil society activists issued a statement calling on Azerbaijani prosecutors “treat the images on social media as a violation of international humanitarian law” while also asking the international community to pressure Armenia to do the same.

“I have never said that the Interior Ministry or the State Security Service should arrest anyone. But this is already a red line,” wrote activist Ilkin Rustamzada on Facebook. “Anyone who films an Armenian being beheaded, or beheads him, should be severely punished. Anyone who puts an ISIS brand on the nation’s war has to be punished.”

One local NGO, the Baku Human Rights Club, is collecting videos of atrocities from both sides and is working with international partners to help authenticate them. “If [a video] isn’t authentic then we need to know that it’s not authentic,” the group’s chairman, Rasul Jafarov, told Eurasianet. “But if it is real, the prosecutor’s office opened a criminal case, the videos need to be analyzed as part of that criminal case and those found guilty should be brought to justice.”

Given the large number of videos that have emerged, and the fact that soldiers apparently felt comfortable enough to show off the atrocities, some analysts have said that the behavior was at least implicitly condoned by the authorities.

“These are widespread, consistent and systematic war crimes, tolerated or even encouraged by commanders,” wrote Ryan O’Farrell, an independent military analyst who has closely followed open sources on this conflict, on Twitter.

“[B]etween the number of videos, their frequency and the number of participants, it's impossible to not assume that the Azerbaijani state has given its tacit approval to these war crimes. These aren't ‘bad apples.’ This is systematic,” O’Farrell added. “I'll believe otherwise when the Azerbaijani government arrests the hundreds of soldiers who proudly filmed their participation in executions, torture, beheadings and mutilations of civilians and POWs.”

“In order to protect the positive image of the country, the perpetrators need to be found and punished,” Fuad Shahbaz, a political and military analyst, told Eurasianet. “Some foreign experts are skeptical, but I think that servicemen who took part in these videos will be punished. It may not be in two days, ten days, 20 days, but I think it will happen.”

Still other Azerbaijanis have cheered the abuse of Armenians. Elvin Basqalli, a news presenter at the Azerbaijani network Space TV, wrote on Facebook that Armenians deserved revenge after crimes against Azerbaijanis, citing the Khojaly massacre of the first Karabakh war and the bombing of civilian targets in Ganja and Barda in this war.

“I appreciate such treatment of Armenians,” Basqalli wrote. “If the Armenians had known at the time that they would be beheaded, they would not have committed such tragedies.” Other Azerbaijanis objected and called for him to be fired from his post, but as of the time this piece was posted he remained in his job.

With reporting by Ani Mejlumyan.