Examining the Religious Dimension of the Russia-Ukraine Conflict 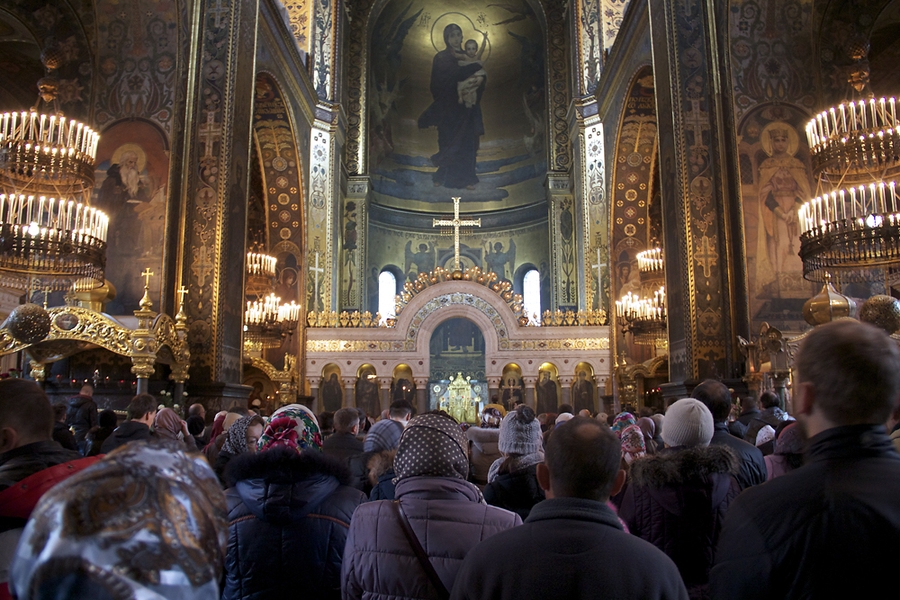 The Moscow Patriarchate’s meddling in the Russian-Ukrainian conflict is backfiring, as its staunch support for Kremlin policies appears to be fueling patriotic sentiment among Ukrainians, according to a report issued by a London-based think tank.

A large portion of the report, titled Traditional Religion and Political Power: Examining the Role of the Church in Georgia, Armenia, Ukraine and Moldova, is devoted to untangling the complex religious dimension of the Russian-Ukrainian conflict, which erupted following the Euromaidan Revolution in Kyiv in early 2014. The analysis of Orthodoxy’s recent history in Ukraine, written by Oleksandr Sagan, a researcher at the Ukrainian National Academy of Sciences, details the three major competing Orthodox churches active in Ukraine today, along with smaller splinter sects.

Only the Orthodox Church subordinate to the Moscow Patriarchate enjoys recognition by the international Orthodox community as a legitimate church. Both the Kyiv Patriarchate and UAOC operate as independent entities outside the global Orthodox mainstream. That outsider status, however, does not seem to hinder their standing inside Ukraine.

“Having autocephaly [i.e. independence], the [Ukrainian Orthodox Church] would have been quantitatively larger that the Moscow Patriarchate,” the report states. “Moreover, detachment of [a separate Ukrainian Orthodox Church] from Moscow could have triggered a chain reaction that may have seen the Moscow Patriarchate lose control of several large metropoles (dioceses) [in Moldova, Kazakhstan and Belarus].”

The Moscow Patriarchate’s position prompted a rump group of Orthodox clerics, led by Patriarch Filaret, to break away in 1992 and form the Kyiv Patriarchate.

In the decades since then, the Ukrainian Church loyal to Moscow has worked assiduously to frustrate efforts by various Ukrainian government leaders to foster a national identity separate from Russia. The Moscow Patriarchate “actively opposed … the supporters of the 2004 Orange Revolution,” the report notes.

In recent years, it adds that the Moscow Patriarchate became “a channel for the Russian Federation ideology – Russian World [Russky Mir].” In the aftermath of the Euromaidan Revolution, a “significant proportion of the [Moscow Patriarchate’s] clergy and congregation [are] in opposition to the position of the Ukrainian government.” Meanwhile, clergy affiliated with the Kyiv Patriarchate have “taken an unambiguously patriotic position.”

The Moscow Patriarchate’s close association with the Kremlin seems to be damaging its standing among Ukrainians. Polling data published in the report show that more Ukrainians distrust the Ukrainian Church leader who is loyal to Moscow, Metropolitan Onufriy, than trust him. Meanwhile, Patriarch Filaret, the leader of the Kyiv Patriarchate, “has the highest personal rating among religious leaders in Ukraine.”

In addition, roughly 30 parishes transferred allegiance in 2014 from the Moscow Patriarchate to Kyiv. “This process has not become more widespread due to the complex legal challenges,” the report states. “In many statutes of Orthodox communities, bishops have required that exit from [the Moscow Patriarchate’s jurisdiction] is only possible with of the local bishop.”