Relations between upstream and downstream Central Asian countries can be tense. This won’t help. 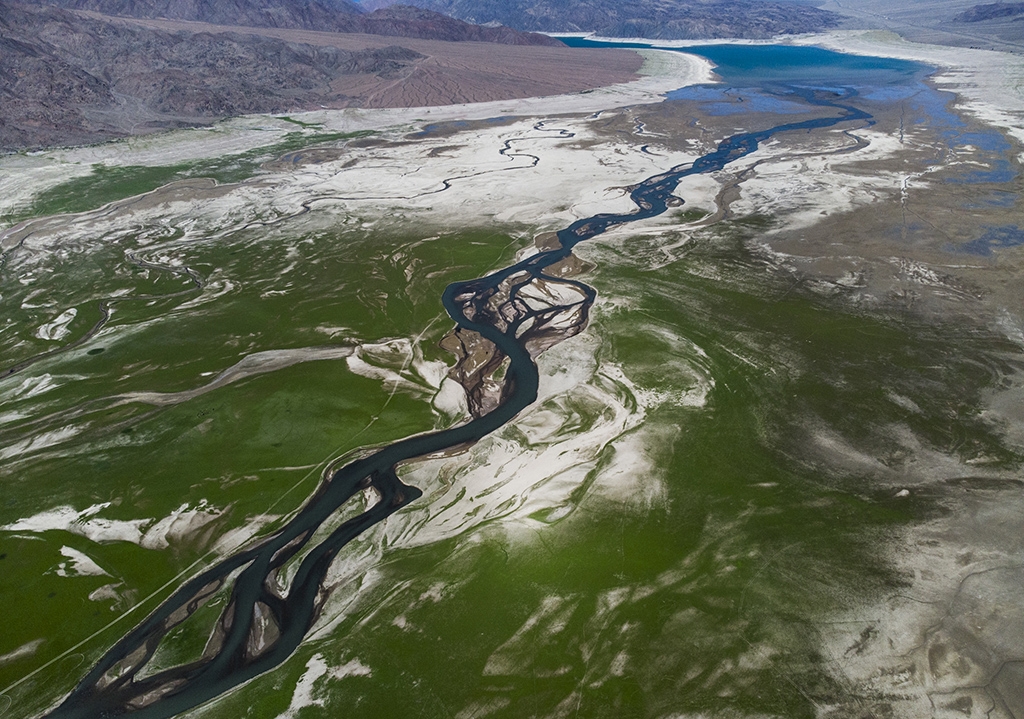 Reservoirs across Kyrgyzstan, such as Orto-Tokoy near Lake Issyk-Kul, were also low this year. (Danil Usmanov)

To stop Kyrgyzstan’s electricity shortage from becoming a multi-year crisis, Bishkek has warned its neighbors that it must start keeping more water for itself.

After a dry and hot summer, the level at Kyrgyzstan’s Toktogul reservoir, source of around 40 percent of the country’s power, is lower than it has been in over a decade. Next year Toktogul must be allowed to refill, Kyrgyz Deputy Energy Minister Taalaibek Ibrayev told a meeting of the Electricity Coordination Council of Central Asia in late October.

That will mean less water for farmers and power plants downstream in Uzbekistan, Tajikistan and Kazakhstan.

"This situation will not allow the region to successfully get through the growing season next year," Ibrayev was quoted as saying in an Uzbek readout of the conference.

Toktogul can hold up to 19.5 billion cubic meters (bcm) of water. At 5.5 bcm, the level is considered “dead” – too low to produce electricity. Currently the reservoir contains 11.8 bcm. The water has not been this low since at least 2008.

Toktogul uses an average of 7 bcm each winter, energy expert Myrzatay Sultanaliyev told Eurasianet on November 5, agreeing with Ibrayev that the reservoir will likely be below the dead level by spring.

Sultanaliyev believes Kyrgyzstan must use more water from the Syr-Darya River, the longest in Central Asia, which begins as the Naryn in Kyrgyzstan’s Tien Shan Mountains. This could “hurt agriculture in neighboring countries by leading to less irrigation,” he said.

President Sadyr Japarov has toyed with the notion of sharply hiking household rates to encourage conservation, but he swiftly changed his mind. As a leader who came to power on the back of public unrest last year, he may have recalled how one of his predecessors, Kurmanbek Bakiyev, was toppled amid street violence in 2010 fueled in part by electricity pricing reforms.

Blackouts are already sweeping across Tajikistan, which, like Kyrgyzstan, is mountainous and home to decades-old hydropower dams built by the Soviet Union when the region’s five countries were part of an interdependent unit: Upstream Soviet republics made hydropower in spring and summer, releasing water when farmers needed it; in winter, downstream republics provided gas for heating and power.

Since shortly after independence in 1991, the Central Asian republics have struggled to share, though this year Kyrgyzstan’s neighbors have been helping with electricity transfers – a planned 500 billion kWh from Turkmenistan, 900 million kWh from Kazakhstan and 750 million kWh from Uzbekistan. Also, since October, Kyrgyzstan has reportedly been receiving 1 million kWh per day from Tajikistan. Though Ibrayev’s comments could be read as a strategy to negotiate for more, imports from at least two of those countries are not a long-term solution: Tajikistan is perennially short of power, and Kazakhstan is now plagued by shortages due, in part, to its thriving crypto mining industry.

Local disputes over water have even triggered bloodshed. Last April, in a contested section of the Kyrgyz-Tajik border, villagers came to blows over access to irrigation infrastructure. More than 50 died during fighting, which involved troops from both sides exchanging gun and mortar fire. Kyrgyzstan is now investing in new weapons, including armed Turkish drones, while the populist Japarov excels at stoking tensions.

Water shortages could exacerbate the enmity. Farmers in northern Tajikistan depend on the Syr-Darya during the summer growing season. The river also powers several facilities inside Tajikistan.

Tajik media have zeroed in on Ibrayev’s comments.

“The Kyrgyz official effectively promised his neighbors to arrange a water crisis next summer because of the current acute shortage of electricity in the country,” wrote Asia-Plus on November 4.

Climate experts blame shrinking glaciers, decreased snowfall and increased water consumption in summer, when temperatures are higher than they used to be – all apparently irreversible impacts of climate change.

Still, Japarov is wagering his country’s future on hydropower: At the COP26 climate summit in Glasgow on November 2, the president promised Kyrgyzstan would stop using coal by 2050. “Renewable energy sources, especially hydropower, will be the locomotive,” of Kyrgyzstan’s carbon-free future, he said.