Local currencies rise and fall with the ruble. 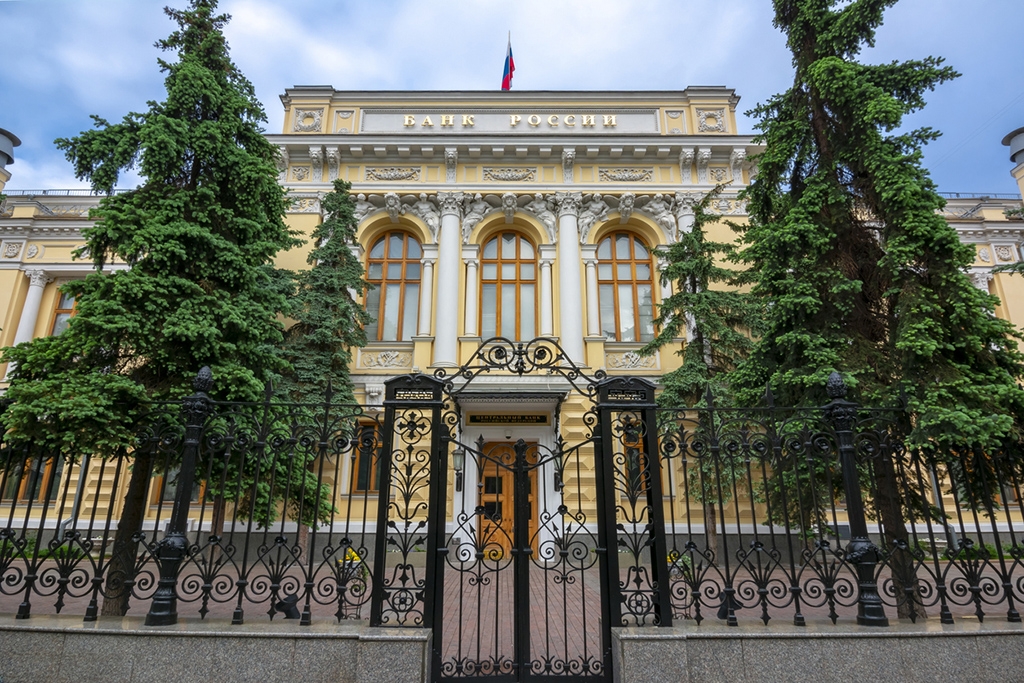 Since Vladimir Putin launched his war on February 24, the ruble has collapsed by 50 percent with no bottom in sight. Russia has enacted currency controls reminiscent of the early 1990’s and telegraphed plans to default on foreign debtholders.

The uncertainty is gripping Central Asia, where Russia is a top trading partner and the source of critical remittances. Local currencies rise and fall with the ruble.

In short, Central Asia’s economies are highly exposed to Russia.

Kazakhstan was the first to respond to the crisis, raising its baseline interest rate from 10.25 percent to 13.5 percent just hours after the war began. The National Bank rapidly intervened in the currency market, selling U.S. dollars to protect the tenge.

Nur-Sultan also announced a new anti-crisis plan promising further intervention in forex markets and a new “tenge deposit protection program.” Under this attempt to forestall bank runs, a 10 percent payment will be deposited into tenge-denominated bank accounts next February, tax-free. This effectively amounts to a further interest rate hike and will likely negatively impact investment, already bound to be tempered by Russia’s economic implosion and market uncertainty after Kazakhstan’s own nationwide unrest this past January.

Kazakhstan is blessed with substantial reserves. The Samruk-Kazyna sovereign wealth fund held some $65 billion as of January. The National Oil Fund reportedly holds another $60 billion or more. While the ongoing restructuring at Samruk-Kazyna could result in revelations that cast doubt on those numbers, tens of billions are known to be held with Bank of New York Mellon and are relatively liquid.

In short, Kazakhstan should be able to continue to manage the tenge and control its monetary policy. Indicating its optimism, on March 9 the National Bank said it was not lifting the baseline rate further.

Nevertheless, the tenge has lost some 20 percent against the dollar since the war began, comparable with its decline in 2015 when it abandoned its dollar peg in the face of falling oil prices. That crisis saw growth crater and prompted a break in the social contract – nepotistic rule in exchange for rising living standards – that helped seed political malaise that culminated in the bloody events this past January. And uncertainty reigns about Kazakhstan’s ability to export its oil; the bulk of its shipments currently transit Russia.

Likewise, Uzbekistan has a relatively healthy sovereign balance sheet. Borrowing has grown substantially since President Shavkat Mirziyoyev came to power in 2016, but foreign indebtedness is still well below Kazakhstan’s levels. Tashkent’s foreign currency reserves stand at $34.4 billion – over half is in gold – roughly 60 percent of GDP.

But unlike Kazakhstan, Uzbekistan has left its baseline interest rate unchanged at 14 percent, having cut it by 100 basis points last September amid signs that efforts to tame inflation sparked by the 2017 liberalization of its currency, the sum, were finally succeeding.

Despite the lack of interest rate action, the sum has, in contrast to the tenge, lost little of its value against the U.S. dollar since Putin’s invasion. The Uzbek Central Bank has not announced any formal currency interventions, though they are all but certain to be underway – it has stated that demand for selling rubles is nearly 10 times the demand to buy them.

Uzbekistan may not be as economically dependent on remittances as Kyrgyzstan or Tajikistan but has more economic migrants in Russia than all the other Central Asian states put together. The strengthening of the sum and dollar against the ruble means that millions of Uzbek migrant workers earning rubles in Russia have taken a 50 percent wage cut in sum and U.S. dollar terms because of Putin’s war.

The reality is also stark for Uzbeks holding rubles at home. There are reports that Uzbek banks are offering below-market rates for exchange. That can fatten a bank’s profits at the expense of migrant laborers. Yet it can also protect the local currency in times of volatility. If banks become too permissive in allowing the buying and selling of rubles – by offering competitive rates – the region risks becoming a path for capital to flee Russia. This could also result in panic selling of local currency.

Turkmenistan is the Central Asian economy least affected by Putin’s war and sanctions. Its markets are plagued by economic mismanagement and a yawning disparity between the official and unofficial exchange rates. The government does not publish any reliable data, nor does any independent organization. Ashgabat has also repeatedly chased Russian businesses out of the country. The economy is effectively isolated.

Russia’s renewed gas purchases since 2019 have offered a glimmer of hope for rebooting Russian-Turkmen economic ties. Yet with Western nations trying to cut Russian gas exports, Moscow is likely to have a surfeit and will stop imports from Turkmenistan. Russia is also likely to re-orient exports towards China, potentially competing with the proposed Line D of the Central Asia-China gas pipeline, which Turkmenistan and neighbors have sought for years.

Line D would also cross Tajikistan and Kyrgyzstan, bestowing on them gas supplies and transit fees. These two are arguably the most immediately exposed to the unfolding Russian economic collapse.

The importance of remittances to both cannot be overstated, in particular for Tajikistan where they are the only notable source of foreign currency. Its central bank is nearly as poor as Turkmenistan’s in publishing data, but it does effectively manage the liquidity of the somoni: The currency is both small and thinly traded; combined with Tajikistan’s capital controls, that makes it difficult to subject to speculative trades.

The National Bank of Tajikistan sets an official exchange rate that generally tracks other currency movements, unlike Turkmenistan, and limits the supply of hard currency. But a mounting economic crisis like we are currently seeing can foster a black market that quickly overwhelms an economy. Without a major injection of hard currency, it is difficult for a country to bring rates back into alignment once a spread emerges.

On March 9 Dushanbe announced a new rate of 13 somoni per dollar, down from 11.3. But Tajikistan lacks any notable international reserves, and is heavily indebted, in particular to neighboring China. It faces a debt crunch if remittances collapse, which would pile added pressure on its currency.

Kyrgyzstan’s som has weakened, but not as much as the ruble – once again effectively cutting wages for migrant workers in local currency terms. When the som strengthens against the ruble, every ruble sent home buys fewer som. Kyrgyzstan is also exposed to further downside risks because it is dependent on Russian fuel imports paid for in dollars, which are becoming scarcer.

These dependences are somewhat mitigated by Kyrgyzstan’s gold sales, though production has been battered by sparring with its largest Western investor and angry mobs chasing off Chinese partners. Planned Russian investments in the sector now appear at risk, too.

Given that no economy Russia’s size has ever been so abruptly cut off from global capital markets, it is premature to predict how severe Central Asia’s pain will be. But one thing is certain: A collapsing Russian economy risks mutating into a deadly pathogen for Central Asia.