Explaining the Crisis in Abkhazia 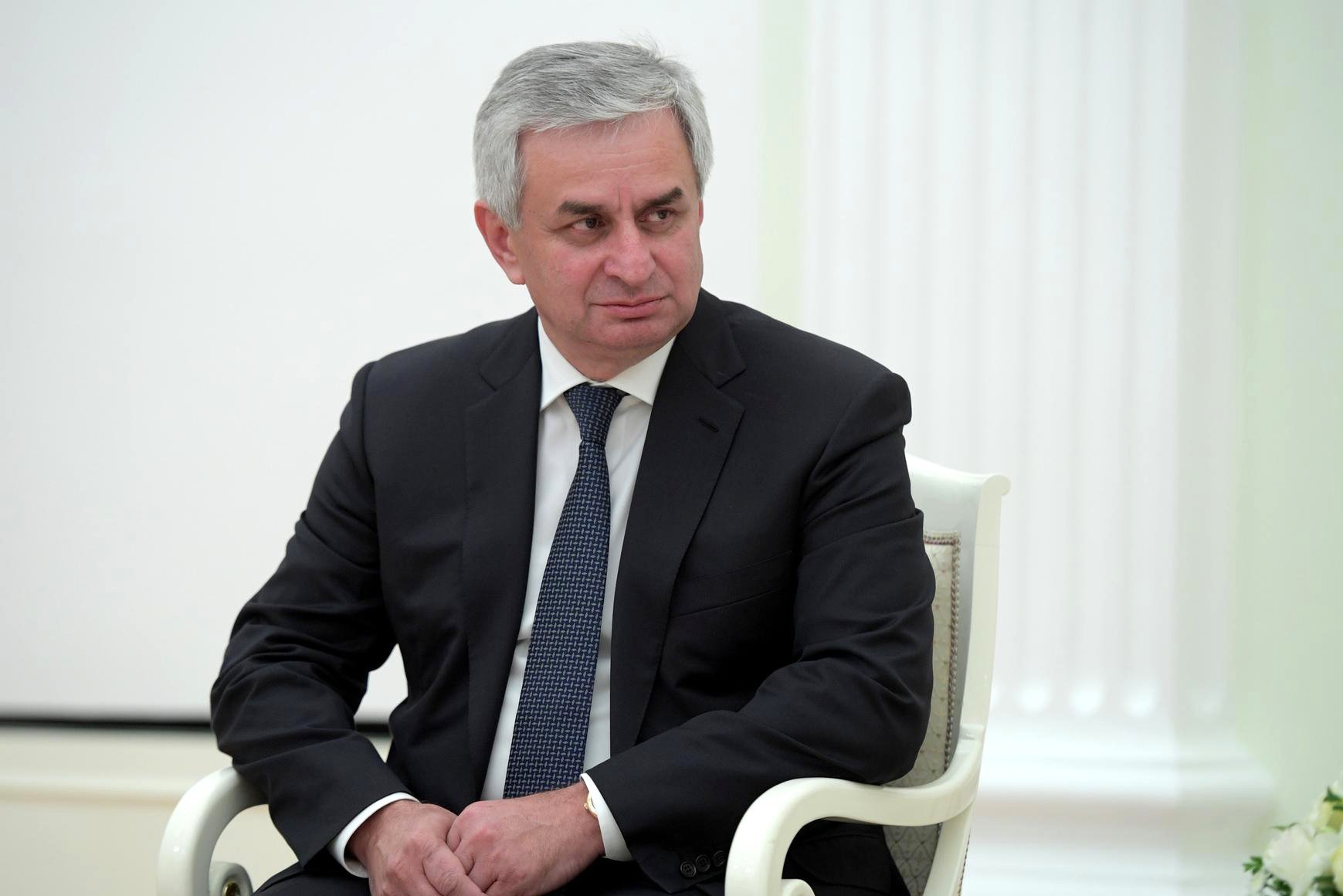 After large protests and counter-protests in the capital of Abkhazia, Sukhumi, the de facto president, Raul Khajimba (pictured here in Moscow on December 1), offered concessions to the opposition. But while this appears to have dampened tensions for now, Abkhazia seems likely to be gripped by uncertainty for months ahead. (Photo: Russian Presidential Press Service)

A political crisis in the separatist entity of Abkhazia, which included coup rumors and Russia’s temporary detention of an opposition leader, has eased for now. But the sources of instability have not been fully addressed.

After large protests and counter-protests on December 15 in the capital, Sukhumi, the de facto president, Raul Khajimba, offered concessions to the opposition. But while this appears to have dampened tensions for now, Abkhazia seems likely to be gripped by uncertainty for months ahead.

So what set off this crisis? On November 30, the opposition party Amtsakhara announced that if Khajimba did not resign by December 15, it would convene a people's assembly. The implicit threat was that this people's assembly might seek Khajimba’s ouster. The government took the threat seriously, organizing a counter-protest, as well as a range of statements by political and civil society actors (including even former South Ossetian President Eduard Kokoity) that uniformly appealed for unity. In addition, the State Security Service presented recordings it claimed featured certain opposition members discussing plans to forcefully overthrow Khajimba.

Abkhazia is a small territory that most of the world recognizes as part of Georgia, but which has operated independently since the local militia, with the help of the Russian army, defeated Georgian forces in 1993. Khajimba took power in 2014, after leading protests that forced the resignation of then-president Alexander Ankvab. But the opposition still contests the legality of the events surrounding Ankvab’s departure.

Initially, Amtsakhara representatives called for an investigation and for the resignation of the prime minister. This spring, after these demands were not met, it gathered more than 10,000 signatures for a recall referendum. Khajimba gambled and won: he allowed the referendum, but not much time for its preparation, and called upon his supporters and government employees to refrain from participating. To protest this obstruction, the opposition also boycotted the referendum, resulting in a record-low turnout of 1.23 percent.

In the latest twist, the opposition escalated its demands again, insisting that, having sabotaged the referendum, Khajimba must go.

The opposition and the government also disagree on some points of policy. One of the driving factors behind the 2014 protests was the accusation that Ankvab’s government had illegally granted Abkhazian citizenship to Georgians living in the Gali District, along the border with Georgia, so they could vote for him. One of the parliament's first actions after Ankvab’s resignation was to invalidate this. Khajimba’s administration has promised to introduce permanent residence status for Georgians, but has not yet acted on this pledge. Local elections in Gali recently had to be postponed due to a lack of eligible voters. The opposition contends that Khajimba’s policy is irresponsible because it effectively disenfranchises all Gali residents, and treats them as citizens of Georgia. Doing so weakens Abkhazia’s hold over the district, administration critics say.

The opposition also disagrees with the government on how Russian aid should be spent, and claims that the economy has deteriorated while crime and corruption have increased under Khajimba.

There are some signs that support for Khajimba is slipping among mid-level officials and entrepreneurs who self-identify as belonging to the political center. This includes United Abkhazia and its leader Sergei Shamba, the long-time de facto foreign minister and prime minister.

While Khajimba's government started out having the support of a broad coalition, his first two prime ministers both resigned in frustration. United Abkhazia and three other parties formally left the coalition in February and founded a new council of parties, which declared itself to be neither pro-government nor pro-opposition.

On December 5, United Abkhazia's political council held a meeting during which some senior members supported a motion to call for Khajimba’s resignation. The motion was ultimately voted down, however.

Khajimba remains in a delicate political position. He does not fully control parliament, which is slowly becoming a more active, independent body. On November 22, for example, Khajimba proposed five judges for the Constitutional Court, but the territory’s de facto legislature only accepted two of them.

He also is grappling with the rise of a new political party, Ainar, which is promoting a nationalist, out-with-the-old agenda. Starting out as a non-governmental organization, Ainar managed to commit all participants in the 2014 election to a 41-point action plan geared towards increasing Abkhazia's self-sufficiency. Most of the demands remain unfulfilled, but some incumbents apparently see Ainar as a threat: in April the car of its leader, Almas Japua, was blown up shortly after he exited it, and after he had proposed in parliament a moratorium on the sale of real estate to foreign citizens.

Russia is Abkhazia’s chief sponsor, and one of the few countries that recognize the territory’s independence. For now, the Kremlin appears to retain faith in Khajimba’s leadership. Moscow has offered several clear signs of its preferences. After meeting with Khajimba on December 1, for example, Russian President Vladimir Putin declared that political instability in Abkhazia would threaten Russia's economic support. Then, on December 3, opposition leader Aslan Bzhania was detained overnight by Russian police in Sochi. Bzhania claims that while detained, he was approached by a man in civilian clothes who accused him of being a threat both to the Russian and the Abkhazian state.

Prior to the recent protests, one of the complaints against Khajimba was that he did not deliver on a 2014 promise to open his administration to all political forces. To ease the pressure on him, he pledged that opposition supporters could fill some key posts, including first vice premier, prosecutor general, four members of the Central Election Commission and two Constitutional Court judges. Of these, the prosecutor general is probably the most meaningful post: an open question is whether an opposition-nominated prosecutor general might try to open an investigation into the 2014 events.

The new focus for the opposition is legislative elections in March. If the opposition performs well, it could push for a political transition from a presidential to parliamentary system of government – another unfulfilled promise by Khajimba.

Weakening the presidency might alleviate the winner-take-all logic of Abkhazia's political system, which perhaps lies at the heart of the recurring confrontations between government and opposition.

Oliver Urs Lenz is an independent analyst based in Oslo. He blogs on Abkhazian affairs at Taklama.com.