A new book uncovers the rich, but disappearing, history of Russians who fled the Revolution to Turkey. 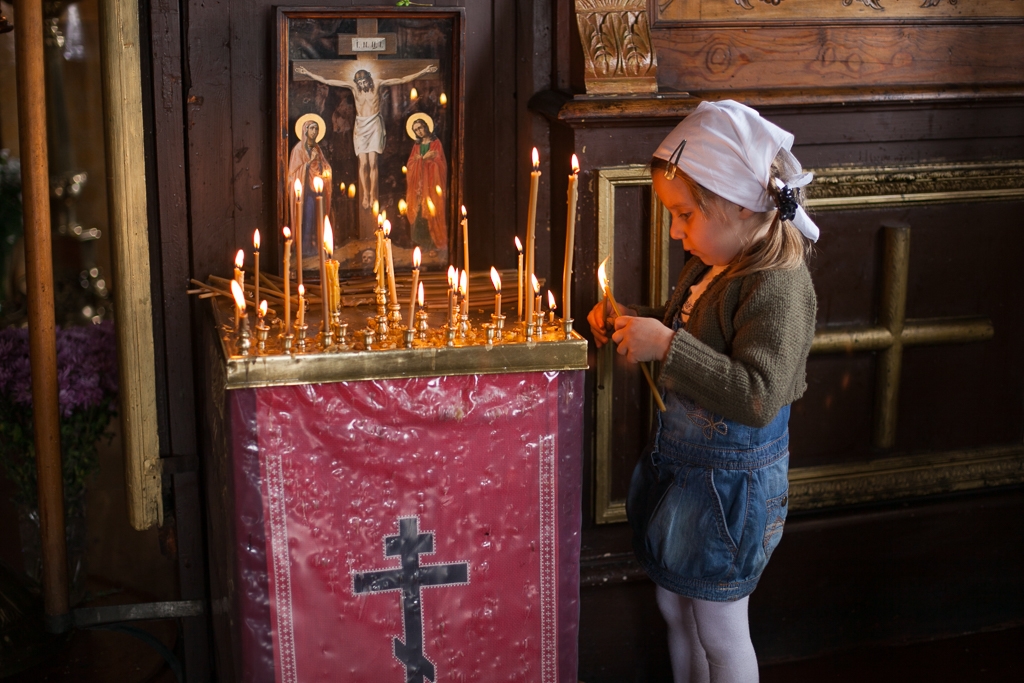 Driven out of the Russian Empire by civil war, hundreds of thousands of White Russians found refuge in Istanbul a century ago, bringing with them a culture that survives today in the city’s patisseries and famed shared taxis. 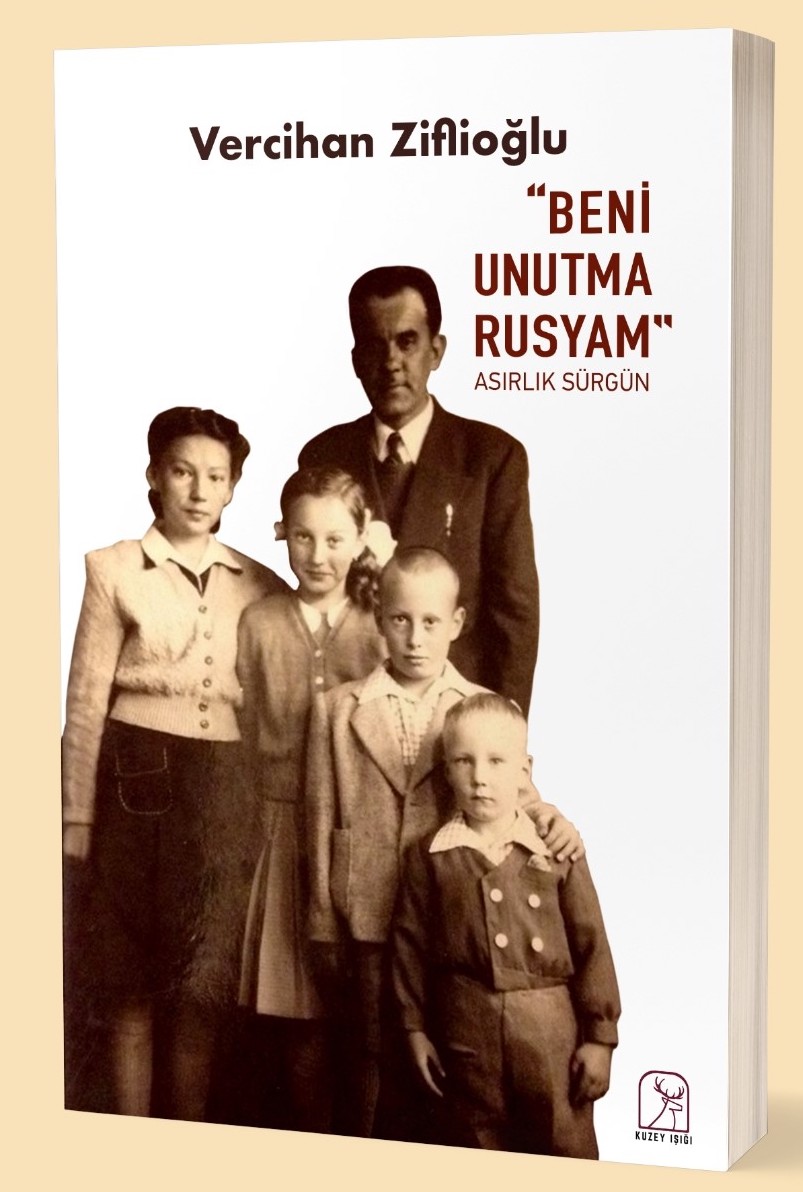 But fewer than 50 of their descendants remain, struggling to retain their culture and churches. A new book seeks to illuminate the enduring mark the migration left on the city. “Don’t Forget Me, My Russia: A Century of Exile” (Beni Unutma, Rusyam: Asırlık Sürgün) by Vercihan Ziflioğlu follows a handful of descendants of those World War I-era refugees through the tumultuous decades that followed.

After their defeat to the Bolsheviks, White Russians – named for the tsarist White Army they supported but who also included Georgians, Azerbaijanis and Ukrainians – boarded Black Sea steamers and warships to reach Allied-occupied Istanbul in the early 1920s.

They expanded Istanbul’s population of 1 million people by about a fifth, joining thousands of Christians and Muslims who had fled fighting within the collapsing Ottoman Empire. While historians estimate that 200,000 people arrived in Istanbul from the Russian Empire, Ziflioğlu said that as many or more reached other parts of Turkey, including the western port of Çanakkale and eastern towns like Sivas.

“They all believed that they would return to Russia, but with time moved on to Paris, London and eventually New York. Only those who lacked the resources to leave remained in Istanbul,” Ziflioğlu told Eurasianet in an interview.

Among the refugees were the future novelist Vladimir Nabokov, who stopped briefly in Istanbul with his family, and a niece of the writer Leo Tolstoy. Russian aristocrats opened Istanbul’s first mixed-sex beaches, a detective office, and photography and painting studios, Ziflioğlu writes. The Smirnov family briefly ran its vodka distillery in Istanbul after fleeing Russia.

But most of the arrivals had been made destitute by the Russian civil war, and many were forced to sell what finery or paintings they had smuggled out on Istanbul’s streets. They relied on handouts from occupation soldiers and lived in encampments that sprung up across the city. Ziflioğlu shared the story of a 70-year-old woman who wept as she described her grandmother reaching Istanbul with gold pieces hidden in her corset, only to be robbed soon after her arrival.

It wasn’t only the White Russians who passed through Istanbul: Leon Trotsky also took refuge on an Istanbul island in 1929 after losing a power struggle with Joseph Stalin. He spent four years there before eventually moving on to Mexico City, where he was assassinated in 1940. The seaside manor on Büyükada where Trotsky wrote “History of the Russian Revolution” remains, but lies in ruins.

Historian Charles King devotes a chapter of his 2014 book “Midnight at the Pera Palace” to the Russian refugees’ sojourn in the Ottoman capital. “I think that one could say, without exaggeration, that nowhere during the period of immigration, even in the Slavic countries that welcomed us, did the Russians feel more at home than in Constantinople,” King quotes former senator Nikolai Chebyshev as saying.

Ziflioğlu picks up where King left off, narrating the stories of five mostly elderly White Russians still living in Istanbul. Ziflioğlu, a journalist of Armenian descent who has written four previous books including in the Armenian language, made multiple research trips to Russia after finding that no official archives had survived in Turkey. “Don’t Forget Me, My Russia,” which is only available in Turkish, is brimming with personal photographs shared by the book’s characters and published for the first time.

Vestiges of this great drama include a couple of elegant Russian restaurants serving borscht and stroganoff paired with vodka, and the Flower Arcade, located on Istanbul’s main high street of Istiklal and named for the Russian girls who once sold bouquets there. Istanbul’s “dolmuş” minibus – the automotive cousin of the Soviet marshrutka – was established by drivers from the White Army’s armored brigade, Ziflioğlu writes.

“In the Orthodox graveyard of Şişli [in central Istanbul] lie princes, princesses, countesses. This silent history is still among us,” she said. 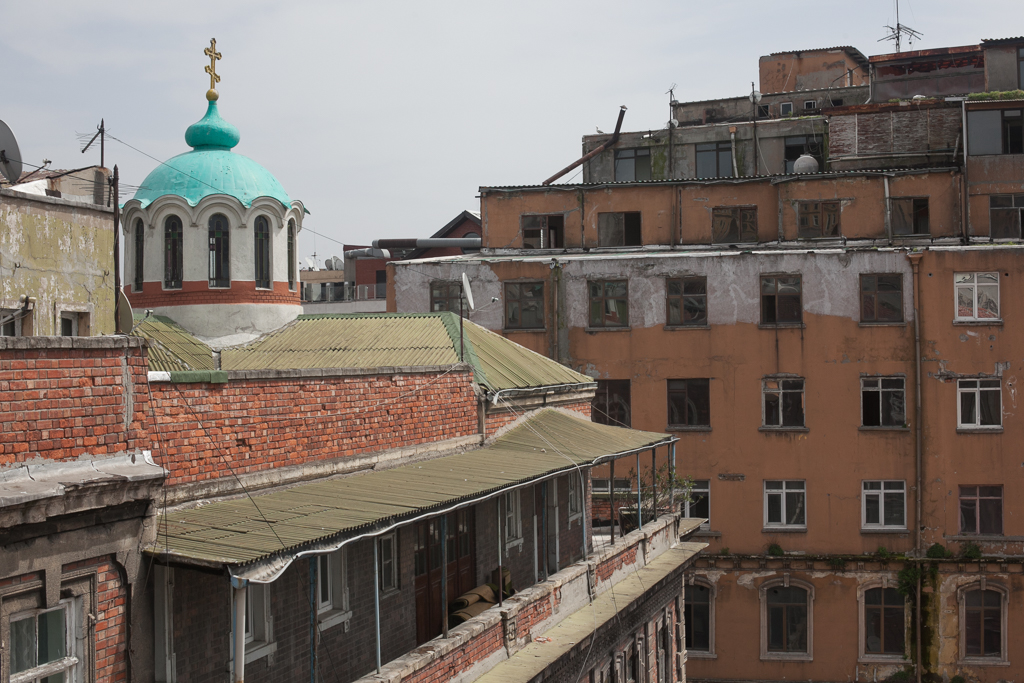 In Istanbul, today a city of 16 million, just nine people identify as White Russians, Ziflioğlu said. Most others have assimilated, changed their names or married Turks or other Christians. Members of the community say there may be 40 or 50 others who are heirs to this first generation of Russians.

“You see the trauma in the next generations. Many feared even walking past the Russian consulate in Istanbul” until the fall of the Soviet Union in 1991, she said. To this day, some of her subjects have never visited Russia.

At the same time, they suffered from the anti-communist fervor that swept NATO member Turkey. “One person I spoke with described placing a statue of Pushkin in the window. Neighbors informed [police] that it was a Stalin statue, leading to arrest and a few months in jail,” Ziflioğlu said.

Kazimir Pamir, a 73-year-old dentist whose grandmother left behind the family’s salt mines in what is today Armenia, is the head of an association working to keep the community together but said only the elderly still mingle with one another.

“The younger generation doesn’t speak Russian and only comes to church on Easter or other holidays,” he told Eurasianet. “The older Russians – they still feel estranged here.”

Pamir’s association has fought for years to hold on to three rooftop churches built above hostels in the 19th century in the port district of Karaköy. The churches served pilgrims en route to Mount Athos in Greece and the Holy Land but now stand at risk of demolition in a $1.7 billion tourism development project transforming Karaköy.

Lacking funds and permission from the Turkish government, the icon-filled churches are in varying states of disrepair, and the community does not possess their deeds. A Russian monastery in Mount Athos is registered as the owner, while the Turkish government recognizes only the Greek Orthodox Patriarchate as the authority over all Orthodox denominations in the country.

One of the Karaköy churches, St. Panteleimon, is filled each Sunday by Russian emigres who have arrived since the Soviet Union’s collapse. More than 100,000 Russian nationals are estimated to live in Turkey today.

Pamir said that Moscow has expressed interest in saving the churches, especially since the Ukrainian Church broke off from the Russian Church following the granting of independence by the Greek Orthodox Patriarchate. That sparked a threat by the Kremlin to intervene and accusations by the Russian Church that the Istanbul see was causing a schism.

“It is probably well past time for Russia to hear these people. It is one of the most terrible things to be homeless and without an identity,” Ziflioğlu said. “Staying here required great courage. It was also a great disappointment and a great struggle.”