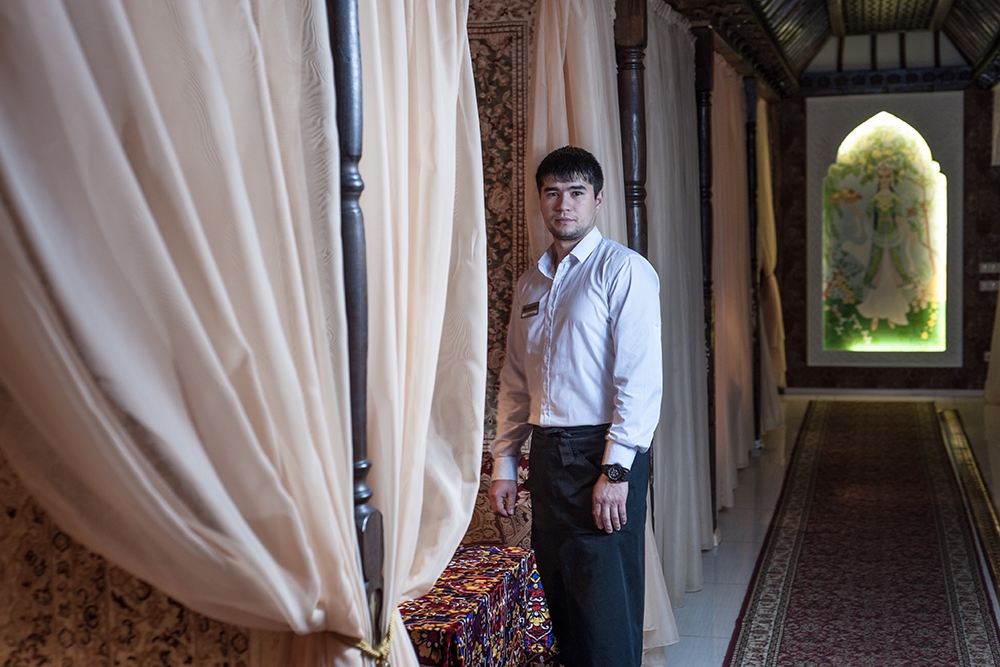 Central Asia’s dependence on remittances from labor migrants in Russia has long given the Kremlin a powerful lever to manipulate the region’s politics. Now, new regulations are making finding work in Russia more costly and difficult for many Central Asian guest workers.

On New Year’s Day, Russia introduced new rules for migrants arriving from outside the Eurasian Economic Union (EEU), a Kremlin-designed protectionist trade bloc. Would-be guest workers from Tajikistan and Uzbekistan are among the hardest hit by the changes, forcing them to take expensive language and history exams and pay three times more than previously for work permits in Moscow. One 2010 study found that 72 percent of Tajik migrants seek employment in the Russian capital.

The economic ramifications are profound. Remittances from Tajik workers abroad total roughly the equivalent of half the country’s GDP; the number is greater than Tajikistan’s annual national budget. Estimates vary, but between 3 million and 6 million Uzbeks send home the equivalent of up to a quarter of Uzbekistan’s GDP.

Russia’s sputtering economy is also responsible for a sudden change in the labor-migration calculus. The head of Russia’s Federal Migration Service said on January 7 that the number of travelers entering and exiting Russia had fallen 70 percent in the first six days of January compared to the same period last year; he suggested migration was sharply down.

Some analysts believe Russia’s economic woes are prompting the Kremlin to increase the pressure on Central Asian countries to join the nascent EEU, which, besides Russia, currently includes Armenia, Belarus and Kazakhstan. (Kyrgyzstan has signed up to join by May).

Moscow “punishes” migrants from former Soviet countries when their leaders are reluctant to participate in the Kremlin’s integration processes, according to Dushanbe-based political analyst Parviz Mullojanov. For example, when Tajik President Emomali Rakhmon attempted to force Moscow to pay to keep soldiers on Tajik territory, some prominent Russian politicians threatened to begin deporting Tajik labor migrants from Russia.

Some of the more outspoken voices in the blogosphere contend that Russia strives to use the labor migration issue to stoke social tension in “disobedient countries” that would coerce reluctant political leaders to go along with the Kremlin's vision for economic integration. “Labor migrants who are forced to stay at home, according to the Kremlin’s design, would create strain and will be leveraged by local politicians who promote strengthening ties with Russia,” argued political analyst Vitaly Ar’kov in December.

Russian officials have dropped hints on multiple occasions that Tajikistan should join the EEU. For example, Igor Morozov of the State Duma’s International Affairs Committee told Radio Ozodi late last month that Tajikistan could even join in 2015.

Some Central Asian leaders have bristled at the Russian rhetoric. On January 12, President Islam Karimov of Uzbekistan said he would never join a body that was intended to recreate the USSR—a clear swipe at the EEU. Tajik officials have been cagey, saying only they are studying the question of EEU membership. While they may be able to stall, as Kyrgyzstan did for about four years, it seems clear that Russian nagging to join the EEU is going to increase in the coming months.

Growing numbers of Central Asians are banned outright from Russia. In 2014, the Federal Migration Service deported more than 200,000 Tajik citizens who worked without proper permission or committed administrative violations, officials have been widely quoted as saying. That number is expected to grow with tighter regulations adopted this month.

Meanwhile, Tajikistan does too little to create jobs at home, says Munira Inoyatova, head of Sustainable Human Development, a non-governmental organization in Dushanbe. “Tajik official media drone on about the launching of new enterprises, ‘jubilee objects’ [to celebrate anniversaries], hundreds of thousands of new jobs. But in practice, many of those figures are fictitious, and labor migration does not decline,” Inoyatova told EurasiaNet.org

Russia’s economic slowdown threatens to slow EEU expansion, given that it has already caused a significant reduction in the value of remittances that guest workers send to loved ones back home. Russian Central Bank data is not yet available, but remittances are believed to have decreased sharply in the last quarter of 2014 as the ruble has fallen in value and Russia entered recession.

Migrants themselves are split on the question of whether to hunker down or return home to almost certain unemployment. The options are unappealing. Said Umarov – a Tajik expat who settled in the city of Vladimir, a few hours from Moscow, in the 1990s – works as a manager at a small glass factory. He said that many Tajik migrants in Vladimir are opting to tighten their belts.

“Now, instead of renting spacious apartments, they rent rooms; they don’t spend much on entertainment; and they have always been good at cooking using inexpensive ingredients. In other words, they are frugal and rational,” Umarov said.

Back in Dushanbe, Parvina Ismailova, a 31-year-old mother of two, washes dishes at a restaurant. Her husband has traveled to Russia for 12 years to work seasonal jobs, usually on construction sites in Moscow. “This winter, my husband decided not to return for holidays,” Ismailova said. He didn’t have the money this year and feared losing the little work he has to other migrants.