The inaugural ruling found a user had posted a Russian-language slur for Azerbaijanis. 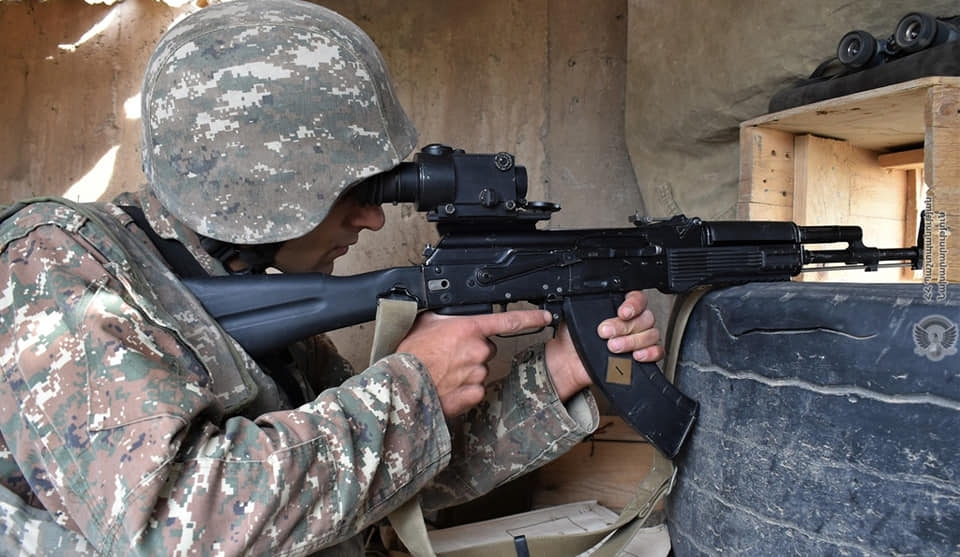 Facebook’s new Oversight Board is taking a firm stance in favor of free speech. In its initial set of rulings, the body overruled employees who had blocked controversial posts. But there was one exception: It upheld the removal of a post that was deemed demeaning to Azerbaijanis.

The Oversight Board is an independent entity created in 2020 whose decisions about content are binding on Facebook employees. Dubbed by some as Facebook’s Supreme Court, its central task is to delineate the social media behemoth’s boundaries separating fact-based and fake news, as well as protected and hate speech. “The board uses its independent judgement to support people’s right to free expression and ensure those rights are being adequately respected,” says its mission statement.

The first batch of decisions signaled that a solid majority of the 20-plus member board – comprising journalists, jurists and experts from around the world – holds a broadly tolerant view on freedom of expression. Five of the six decisions published on January 28 determined that company employees overreached when they removed content that they initially considered in violation of Facebook’s community standards.

The lone ruling in which the Oversight Board concurred with Facebook’s initial ban involved a post made by an unnamed Facebook user in November 2020, shortly before a Russian-brokered ceasefire halted a 44-day war over Nagorno-Karabakh. In the latest bout of the decades-long conflict, Azerbaijan reconquered much of the territory that had been lost to Armenian forces in the 1990s.

Writing in Russian, the author of the banned November post claimed that Armenians had built the Azerbaijani capital Baku during the late 19th and early 20th centuries, the Oversight Board’s summary of the case noted.

“The user used the term ‘тазики’ (‘taziks’) to describe Azerbaijanis, who the user claimed are nomads and have no history compared to Armenians,” the summary continued. “The user included hashtags in the post calling for an end to Azerbaijani aggression and vandalism. Another hashtag called for the recognition of Artsakh, the Armenian name for the Nagorno-Karabakh region.”

The Oversight Board agreed with Facebook’s interpretation that use of the term ‘тазики’ was a wordplay on ‘азики,’ (aziki) a derogatory Russian term used to describe Azerbaijanis. “Independent linguistic analysis commissioned on behalf of the Board confirms Facebook’s understanding of “тазики” as a dehumanizing slur attacking national origin,” the ruling stated.

The decision also noted the context in which the post was made, namely that Armenia and Azerbaijan were at war at the time. “Dehumanizing slurs can create an environment of discrimination and violence which can silence other users. During an armed conflict the risks to people’s rights to equality, security of person and, potentially, life are especially pronounced,” the decision stated.

Despite the Oversight Board’s desire to make clear the reasoning underlying its decisions, it’s hard to see how some of the overturned cases differ from the single case it upheld. For instance, in its perhaps most controversial decision, the body ordered the reinstatement of a post in which a user in Myanmar, where a Muslim minority group has been subjected to ethnic cleansing in recent years, claimed that there is “something wrong with Muslims psychologically.”

“While the post might be considered pejorative or offensive toward Muslims, it did not advocate hatred or intentionally incite any form of imminent harm,” the ruling stated.

For those interested in containing the proliferation of misinformation, disinformation and hate speech on the Internet, there’s a lot riding on the Oversight Board’s ability to gain acceptance as an arbiter of social media decency and accuracy. The January 28 rulings are perhaps just a warm-up for a monumental test the board will face in the not-too-distant future: whether to reinstate twice-impeached former president Donald Trump’s Facebook account.