Finding the Next Flashpoint in US-Russian Relations 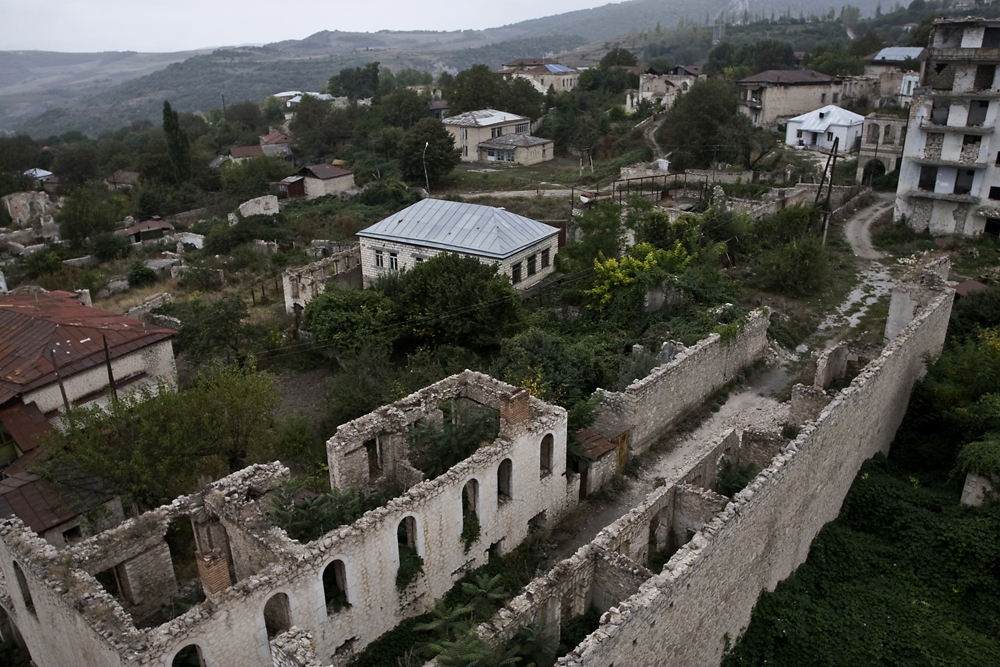 Since the Soviet Union’s collapse in 1991, US-Russian relations repeatedly have been hit by surprise developments. In just the last couple of years, unexpected events have included Edward Snowden’s leaks, Crimea, Donbas, Syria, the Russian Metrojet tragedy and the Turkish shoot-down of a Russian Su-24. The list could go on. In each case, Washington was forced to make reactive as opposed to proactive policies concerning Russia or its neighbors.

The focus should not be on intelligence failures. Many Russians were equally surprised by these events. The problem is that Washington repeatedly has failed to look for potential flashpoints, and, therefore, has done nothing to prepare for them. Breaking the pattern, then, should begin with identifying the next potential hot spot.

The list of potential problems is long, but the “frozen conflict” in Nagorno-Karabakh—an obscure region of the South Caucasus—stands out because it is far from frozen. The “hot” phase of the Karabakh war—the result of nationalist Armenia clashing with nationalist Azerbaijan during the twilight of the Soviet era—ended with a 1994 ceasefire agreement. Armenians ended up controlling the disputed Karabakh region along with a large swathe of Azerbaijan proper. The human cost was high: 20,000 killed, 1 million displaced, economies torn to shreds. After the war, Armenia fell firmly under Russia’s security blanket, while Azerbaijan looked to Turkey and the West, eager to find markets for its oil and gas. For the past two decades plus, the two combatants have failed to come to a lasting political settlement.

That is now part of the problem because a renewed conflict would pit Armenia, Russia’s ally, against Azerbaijan, NATO-member Turkey’s ally. Of late, both Armenia and Azerbaijan have been testing the ceasefire; if it does crumble, the conflict has the potential to develop into another proxy war between Russia and the West. The current friction between Turkey and Russia over the Su-24 downing adds a new layer of complication to an already tense situation in the Caucasus, and has raised perceptions in the Caucasus of a heightened threat level.

It does not have to be this way. The United States, Russia and France for much of the past 20 years led diplomatic efforts to manage the Karabakh conflict. These efforts have not brought peace, but they at least have prevented a renewal of large-scale fighting. Soldiers die each year, but clashes are largely contained to the front lines of the disputed territories.

Peace remains elusive because neither Azerbaijani President Ilham Aliyev nor his Armenian counterpart Serzh Sargsyan really want the conflict resolved. The status quo of “no real war/no real peace” is useful to them because it allows their governments to justify authoritarian policies and divert popular attention from social, economic and political problems at home. In short, these leaders find it easier to blame their respective society’s ills on external enemies than to try to implement reforms.

The problem now is the system of trilateral diplomacy that long kept large-scale fighting at bay in Karabakh is breaking down due to the broader erosion of East-West relations. As a result, the heat is being turned up on the long simmering conflict.

Aggressive language is on the rise, as local economies struggle. This is particularly problematic in Azerbaijan, where the Aliyev administration is facing a fiscal crisis brought on by the plummeting price of oil and natural gas. Baku’s increasing reliance on authoritarian governing methods also has fueled rancor in its relations with the West, diminishing Washington’s ability to influence Azerbaijan on Karabakh.

Over the past two years, occasional small-arms fire along the front lines has given way to artillery duels and mortar attacks, the downing of a helicopter, the use of drones and ambushes. The fighting claimed 72 lives in 2014, making it the bloodiest year since the ceasefire. Deaths this year look like they may have already surpassed that; fighting has moved beyond the traditional front lines to other areas of the border region. And villages have been targeted, leading to civilian deaths.

In most cases, Azerbaijan appears to be testing Armenian resolve, but Armenia is responding with resounding force. Both sides are complicit in the spike of violence this year.

Russia at times has played a helpful role in international negotiations; former Russian President Medvedev tried in vain to broker a resolution during his time in the Kremlin. At the same time, Russia also fuels the conflict by providing weapons to both sides. Eager to pull Azerbaijan back into its orbit, the Kremlin has authorized the sale of advanced weapons to Baku. This weapons flow has unnerved Armenia, which has sought to improve its relationship with the West, despite its alliance with Moscow.

Keeping the Karabakh conflict in check would seem to be in the Kremlin’s interests. The last thing Moscow needs right now is a war next to its volatile North Caucasus region, and not too far from Syria—where the Russian military is risking becoming bogged down.

With a lasting Karabakh peace settlement still looking illusive, the status quo probably suits the West too. Distracted by Syria, the Ukrainian conflict and growing terror threats at home, the West does not have the bandwidth to address yet another conflict.

Another consideration is that instability in Armenia or Azerbaijan could provide a post-sanctions Iran with an opening to increase its influence in the Caucasus at Russian, Turkish and US expense. This would occur at the same time when Tehran is trying to expand its influence in Syria and elsewhere in the Middle East.

Russia and the United States have a track record of at least trying to de-escalate the Karabakh conflict. Another war between Armenia and Azerbaijan is in nobody’s interest, and it is time to reinvigorate diplomacy to make sure there is not one.

Paul Stronski is a senior associate in the Carnegie Endowment’s Russia and Eurasia Program, where his research focuses on the relationship between Russia and neighboring countries in Central Asia and the South Caucasus. He was Director for Russia and Central Asia on the US National Security Council Staff from 2012 to 2014; he also has served as a research analyst in the US State Department’s Bureau of Intelligence and Research, focusing on Russia and the South Caucasus.