Both sides spoke positively about the progress of the negotiations, even as expectations of a breakthrough remain low. 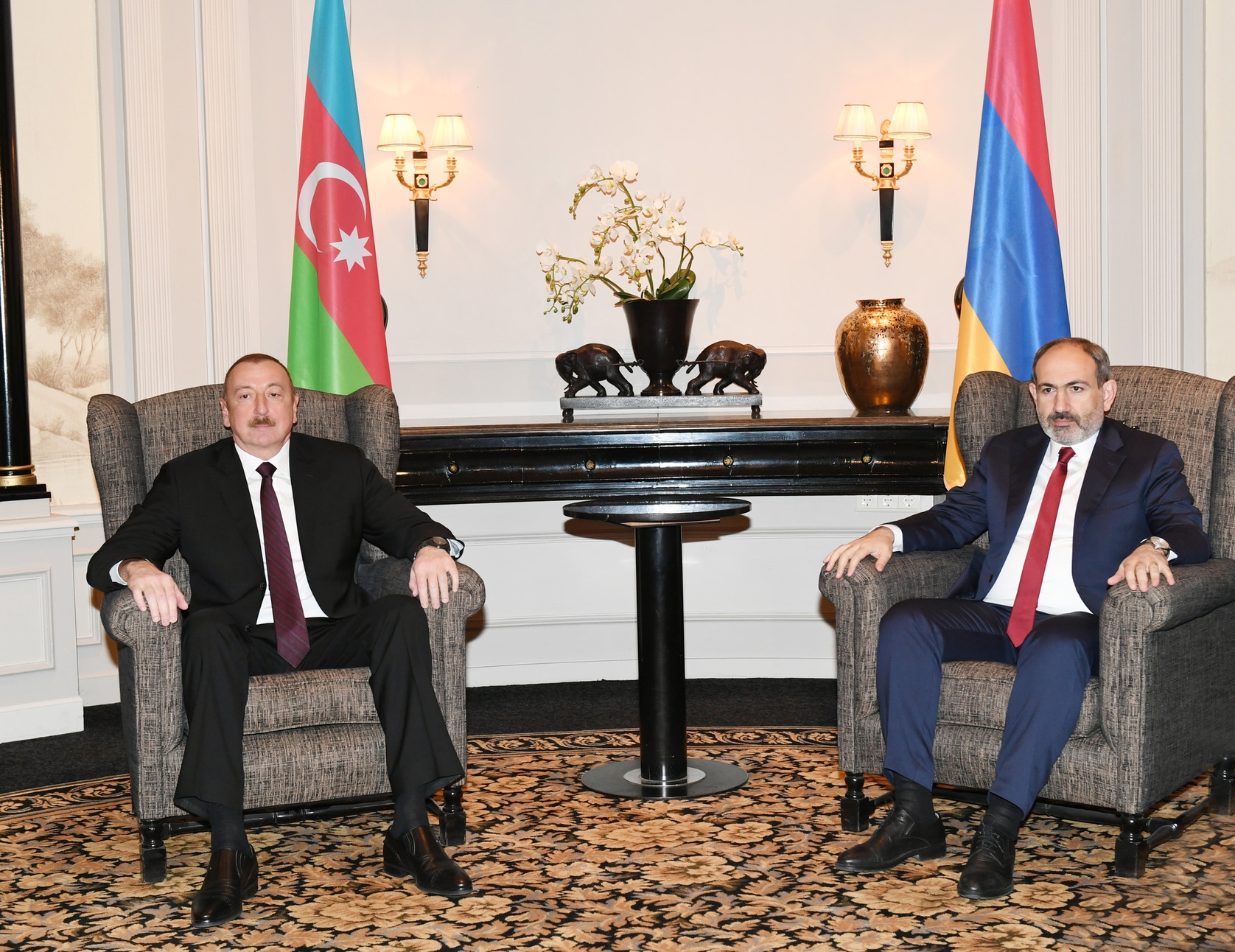 The first formal meeting between Armenian Prime Minister Nikol Pashinyan and Azerbaijan President Ilham Aliyev met the modest expectations that most observers had for it, with both sides assessing the negotiations positively and pledging to continue talks.

Aliyev and Pashinyan met March 29 in Vienna, for two hours one-on-one and then with their foreign ministers and the American, French, and Russian diplomats facilitating the negotiations.

“The two leaders underlined the importance of building up an environment conducive to peace and taking further concrete and tangible steps in the negotiation process to find a peaceful solution to the conflict,” the foreign ministers of the two sides and the international mediators said in a statement following the meeting.

“Armenia and Azerbaijan keep up momentum with constructive meeting,” tweeted Laurence Broers, a Caucasus analyst at Chatham House and author of a forthcoming book on the conflict.

Expectations for progress toward a peace deal between Armenia and Azerbaijan – while remaining very low – are nevertheless higher than they have been in years, with a boost from the new, Pashinyan-led government coming to power in Yerevan last year in what he called the “Velvet Revolution.”

Pashinyan has now met with Aliyev three times and their foreign ministers several more times, and the meetings have already produced results, including a new communications channel and an unprecedented commitment to “prepare the populations for peace.”

This was the first Aliyev-Pashinyan meeting held not on the sidelines of some other summit but as the main event itself, held under the auspices of the OSCE Minsk Group, the U.S.-, Russia-, and France-led body that has been facilitating the negotiations since the 1990s. The two sides remain locked in a conflict centered around the territory of Nagorno-Karabakh, which is internationally recognized as part of Azerbaijan but which Armenian forces have controlled since 1994.

The positive momentum from the previous meetings has been met with some resistance among both Armenians and Azerbaijanis who are wary of making the painful concessions that will be inevitable for any real peace agreement. For Armenians, this means giving up control of the bulk of the territories that it occupies surrounding Karabakh; for Azerbaijanis this means allowing for the possibility of a future status for Karabakh that falls short of a total return of Azerbaijani sovereignty.

In early March, the OSCE Minsk Group co-chairs issued a statement implicitly rebuking both sides for that resistance, “reiterat[ing] the critical importance of reducing tensions and minimizing inflammatory rhetoric.” It also “urge[d] the sides to refrain from statements and actions suggesting significant changes to the situation on the ground, prejudging the outcome of or setting conditions for future talks, demanding unilateral changes to the format without agreement of the other party, or indicating readiness to renew active hostilities.”

The statement following this meeting, by contrast, described a “positive and constructive atmosphere” in which the two men “exchanged views about several key issues of the settlement process and ideas of substance.” It offered no new initiatives other than a pledge to “develop a number of measures in the humanitarian field.”

In comments following the meeting, both leaders emphasized the positive.

Aliyev took a small victory lap, noting that the meeting took place only between the leaders of Armenia and Azerbaijan, rather than also including the de facto authorities in Nagorno Karabakh, as Pashinyan has repeatedly demanded. “The important thing is that the format of the negotiations remains unchanged, the negotiations are being conducted between Armenia and Azerbaijan, as it has been for many years,” Aliyev told the Russian news agency Tass in an interview.

Aliyev also expressed his desire to “conduct substantive negotiations” and said that the foreign ministers of the two countries “will likely soon meet for continuing the negotiation process.”

Pashinyan was equally positive but appeared not quite as eager about jumping into heavy negotiations. “Overall, I positively assess the meeting today,” he told a group of Armenians in Austria. “I can’t say it was a breakthrough, a revolutionary meeting or an epoch-making event or a turning point, but what is important is that this marks the launch of a process that will provide Armenia with the opportunity to talk about its agendas, notions and problems.”

He also argued, contra Aliyev, that “there was no winner or loser” at the meeting. Not all Armenians agreed; one commentator noted that Pashinyan posed for selfies with locals upon exiting the meeting, but Aliyev didn’t, and identified in that a “political-civilizational advantage achieved by means of the Velvet Revolution for strengthening Armenia’s position in the negotiations.”