Armenia went farther than most of Iran’s neighbors, closing its border for two weeks. Azerbaijan, meanwhile, was the only country to have not closed its border with Iran at all. 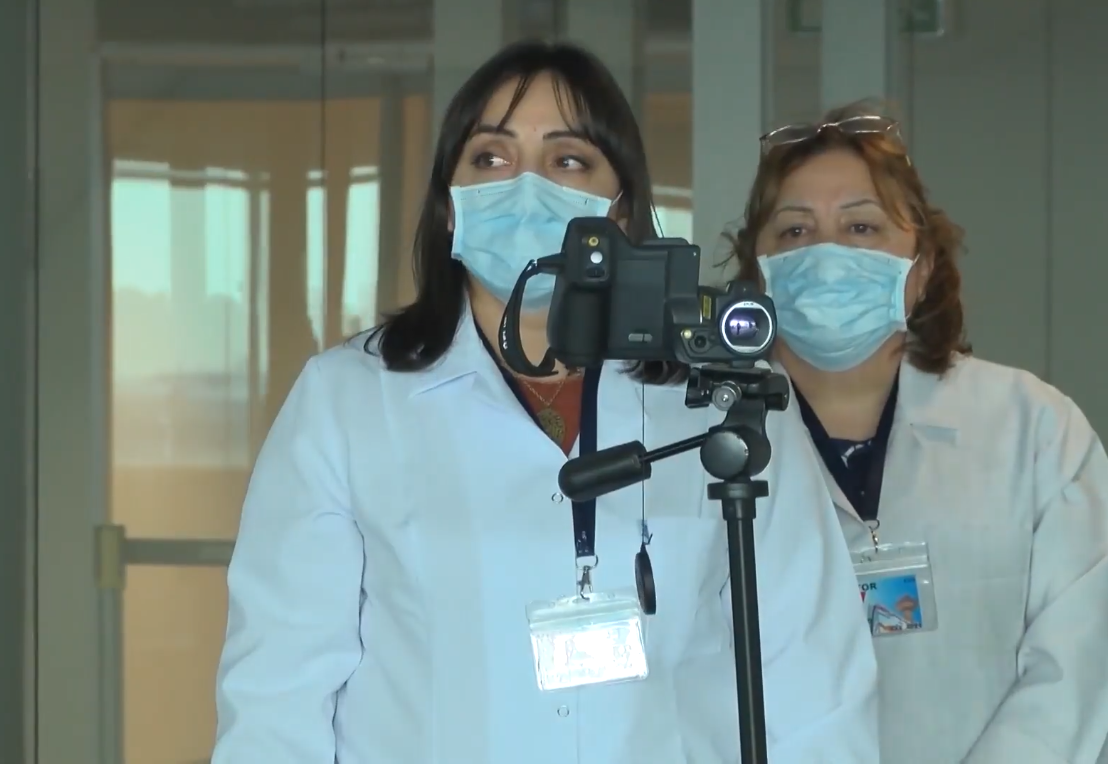 In recent days, dozens of cases of coronavirus have been reported in Iran; as of February 24 they totaled eight deaths and 43 infections. That is the second-largest number of deaths reported from the disease behind its home of origin, China. In response, Afghanistan, Pakistan, Iraq, and Turkey all have closed their borders with Iran.

Armenia closed its land border with Iran for two weeks and implemented a number of other measures to prevent the disease from appearing in the country.

After a February 24 meeting of an ad hoc governmental committee to deal with coronavirus, Prime Minister Nikol Pashinyan summed up the results in a Facebook post: “Terminate land communications with Iran for two weeks. Apply partial restrictions on air communication. Carry out cargo transportation without restrictions, using a special control regime for drivers. Allow citizens of Armenia and Iran to return to their homeland.”

That appeared to be a relaxation of the approach that Pashinyan had announced the day before, that all transport between the two countries would be suspended.

Armenia also suspended consular services at its embassy in Tehran and urged citizens to not visit Iran unless necessary. Yerevan had already temporarily canceled its visa-free regime with China, which it had adopted only in January.

As everywhere, the spread of the virus has occasioned panic and Health Minister Arsen Torosyan took to Facebook to try to calm Armenians down. “We closed the visa-free regime with China and now we don’t have almost any Chinese citizens in Armenia,” he said in a February 23 Facebook video. “In the case of Iran, it is important to adopt a coordinated approach with Georgia, as many Iranian people and cargo travel to Georgia through Armenia,” he said.

In Azerbaijan, meanwhile, as of February 24 the borders had remained open, though with stepped-up health inspections. “People crossing the border from Iran are undergoing special tests,” the state customs committee said in a statement to Interfax Azerbaijan. “Their temperature is being taken with portable thermometers and first aid teams are being sent to border posts to be ready around the clock.”

A dispatch from the border post at Astara in the news website Haqqin said that the volume of border-crossers, about 8,000 per day, had not decreased in spite of the outbreak in Iran. (However, this was on February 22, when the number of reported cases was somewhat smaller.) “The number of crossings of Azerbaijani citizens hasn’t gone down either during the day or at night,” a border guard said. “The alarming news about new coronavirus infections in Iran hasn’t affected the number of people who want to go there.”

“Azerbaijan is seriously studying the recommendations of the World Health Organization and is taking the necessary measures,” said Hikmet Hajiyev, the top foreign policy adviser to President Ilham Aliyev, on February 24. Hajiyev told the news agency APA that the cabinet of ministers had discussed the issue “at the preliminary level” and were working out a plan.

Away from the border, Baku introduced new prophylactic measures in the city’s metro system and the foreign ministry recommended Azerbaijanis not visit Iran unless necessary.

It’s not clear why Baku has taken a more casual approach to the Iranian outbreak than other neighbors, but some in the country thought the government’s measures were insufficient.

“Against the backdrop of what restrictive measures [other] neighboring countries have taken, Baku’s position looks very strange, where they assure us that the situation is under control,” wrote the news website minval.az. “The troubling reports from Iran are causing a justified panic in Azerbaijani society.”

“The outbreak of coronavirus in Iran means that it’s time to sound the alarm,” the head of the Azerbaijan Tourism Association, Nahid Bagirov, told the local news site CNews. “Iran directly borders Azerbaijan. Large numbers of Iranians regularly visit Azerbaijan, especially ahead of the spring holiday Nowruz,” which falls on March 21. “The current situation is a serious signal to the relevant structures, Several countries have already announced the closure of their borders with Iran,” Bagirov continued.

Indeed, all three countries of the South Caucasus have become popular destinations for Iranians on Nowruz. Those holidays are now in danger for this year. Georgia, while not sharing a land border with Iran, has suspended direct flights to the country.