Following outcry, Armenian government steps back on controversial mine project

The government will take more time to assess whether the gold mine project is really safe for the environment, two weeks after announcing that it was. 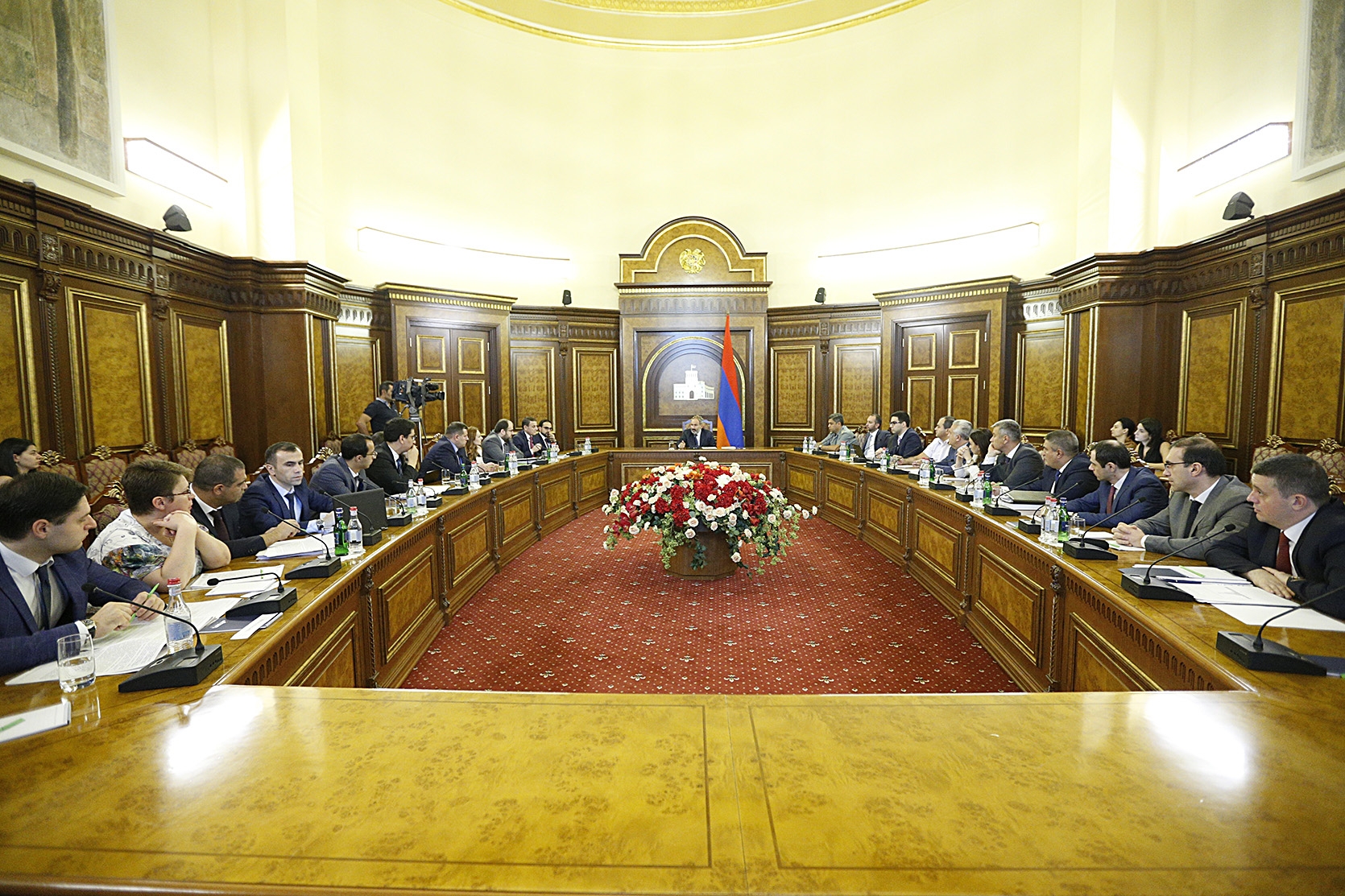 A September 4 meeting of Armenia's cabinet to discuss whether or not to proceed with a much-debated gold mine project. (photo: primeminister.am)

Two weeks after declaring that it would go ahead with a long-debated gold mine project, Armenia’s government has reversed course and said that it will continue to study whether it would in fact be safe for the environment.

Prime Minister Nikol Pashinyan held a cabinet meeting on September 4 to discuss the Amulsar mine project. Environment Minister Erik Grigoryan “reported that inaccurate baseline data had been presented in a number of areas,” the government said in a press release following the event. At the meeting’s conclusion, Pashinyan ordered the relevant government organs to produce “a comprehensive analysis and complete data for further probe into the project,” the press release continued.

The announcement followed a tumultuous two weeks of debate about the mine project, which could bring hundreds of jobs to the country but which local and environmental activists oppose due to the potential ecological damage it could cause.

Construction at the mine was halted last year after protesters blocked the road leading to it. Pashinyan had said that he would delay a decision on whether or not to proceed with the mine until the release of a report commissioned by Armenia’s Investigative Committee and carried out by the Lebanese firm ELARD. ELARD released its report on August 14, and five days later Pashinyan announced that “at this moment the mine should be exploited.” He compared the environmental impact to "washing a car on the beach.”

But many others who read the report did not take such a sanguine view of its findings and accused Pashinyan of reading with rose-colored glasses. Among them were a number of civil society activists who wrote an open letter to three embassies in Yerevan – from the United States, United Kingdom, and Sweden – criticizing them for supporting the mine project.

“Would any license to operate an open pit mine, in your backyard, ever be granted on the basis of [an] incomplete, inaccurate and fraudulent” environmental impact statement, the letter writers asked. “We know the answer to this is ‘no’ and ask that this standard be applied to the citizens and residents of Armenia. To do otherwise sends a clear message to Armenians that the United States, British and Swedish governments believe Armenians could and should settle for lower standards than U.S. or British or Swedish citizens."

A report from the news website openDemocracy, published September 2, provided further details on the years-long advocacy that British embassy representatives have carried out in favor of the mine project. Records obtained by openDemocracy chronicled dozens of meetings between UK officials and Lydian representatives.

After the records surfaced, Labour MP Lloyd Russell-Moyle told the website: “It is concerning that British government representatives in Armenia have been supporting the construction of this remarkably controversial mine, one which could have a deleterious effect on the environment, as well as the associated health and wellbeing of rural communities … These documents raise questions about why the UK government would take such a political risk.”

The public debate led Pashinyan to order the Environment Ministry to prepare a new environmental assessment report by September 4, but ministry officials said that was too little time and now it is not clear when the issue will be finally decided.

Project skeptics’ assessments were bolstered by an August 29 video conference, broadcast to the public, between members of the government, parliament, ELARD, and the company that is building the mine, Lydian Armenia. During the conference, a representative from ELARD told Pashinyan that the company could not conclude that the mine would be safe.

Khuri also said that the Investigative Committee had pushed ELARD toward making a positive assessment, which appeared to surprise Pashinyan.

In response, Lydian hit back with an aggressive press release calling ELARD’s statements at the conference “misleading” and accusing opponents of the project of being funded by its competitors. “When will the government of Armenia identify the rival mining companies conducting this campaign, how much has been paid to oppose the Amulsar Project and who has been paid?” The government did not respond to the question.

Questions about the Investigative Committee’s role were heightened by reports that its official in charge of Amulsar, Yura Ivanyan, was related to the former environment minister who had earlier approved an assessment determining that the mine would be safe to operate. Ivanyan held a press conference on August 26 giving a positive assessment of the ELARD report.

On September 4, however, several Armenian media reported that Ivanyan was fired, along with the deputy director of the Investigative Committee, Samvel Avetisyan.