Ethnic Armenians from Russia, Lebanon, and Iran have led the movement, seeing opportunities in Armenia that they don’t have in their birth countries. 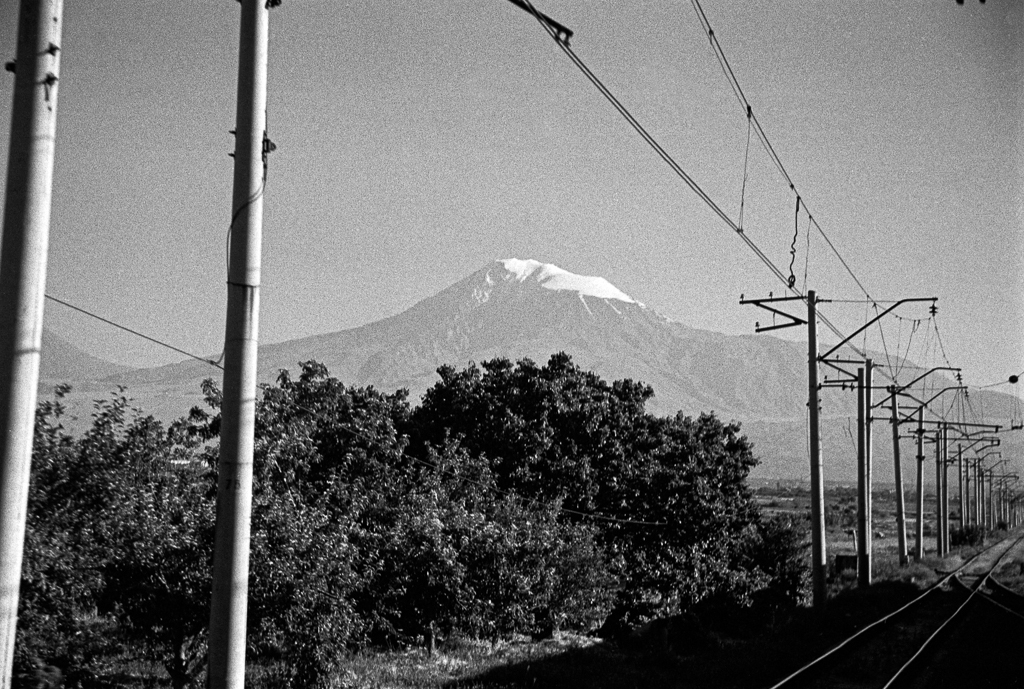 Armenia has seen a repatriation boom since last year’s revolution. An improved image and growing economy appear to be driving the increase (photo: David Trilling)

When Sarine Arslanian booked a trip to Armenia early last year, she didn’t intend to stay longer than three weeks.

Then, the revolution happened.

More than a year later, Arslanian, a writer and documentary film director from Belgium, is still in Yerevan, where she has settled permanently. “What I saw was what made me stay,” she told Eurasianet.

Armenia has long attracted members of the millions-strong global Armenian diaspora, but full “repatriation” – the term used to describe ethnic Armenians permanently moving to the country – has been a relatively fringe phenomenon.

According to Repat Armenia, the country’s largest NGO working to attract diaspora migrants and help them acclimatize in Armenia, roughly 50,000 repatriates have settled in Armenia since independence in 1991.

But after last April’s “Velvet Revolution,” which saw the government toppled following peaceful street protests, the trend appears to be growing and stories like Arslanian’s are becoming more common.

Exact immigration numbers are hard to come by, given the way official statistics are collected, but recent figures show a clear increase. Armenia’s state statistical service shows that more than 15,000 people migrated to the country in 2018 – the largest figure in 12 years, said Hrant Mikaelian, a statistician and researcher at the Yerevan think tank Caucasus Institute. An improved image and growing economy appear to be driving the increase, Mikaelian told Eurasianet.

Armenia’s diaspora is global, with communities of tens of thousands in countries as diverse as the United States, Iran, Lebanon, Russia, and France. The reasons for repatriation are correspondingly diverse.

There are two main motivations driving recent repatriates, mainly depending on the income level of the country they are coming from, said Repat Armenia’s executive director Vartan Marashlyan.

“The main countries [from which] we have seen a big increase [in repatriation] are Russia, Iran and Lebanon,” Marashlyan told Eurasianet. In each of those countries there is a broad perception of a stagnant political and economic situation in which “young people do not see opportunities for themselves,” Marashlyan said.

Until recently, that could be said of Armenia itself. But last year’s change of government turned that perception on its head.

Russia is home to the world’s largest Armenian diaspora and continues to be a popular destination for labor migrants from Armenia. That draw has become weaker in the last two years as Russia’s economy has suffered, however, and 2018 marked the first year that Russian-Armenians were the largest single group of repatriates, Marashlyan said.

“For the first time, Armenia had this ‘wow’ effect” on the diaspora, said Marashlyan, himself a longtime Muscovite. “Young [Armenians] in Russia, they started to think that there are some opportunities there. A lot of middle-class young professionals, especially, began to have the idea of repatriation.”

Mikaelian, too, noted a “rather big” decrease in income levels in Russia since 2013 as being a key driver of migration to Armenia.

While repatriation from Western countries has not jumped as significantly, Marashlyan says there has still been some growth.

Armenians from richer countries like the U.S. and Canada have a different rationale for moving to Armenia. For them, economic prospects often take a back seat to other motivations. “For American-Armenians, moving to Yerevan is more of an emotional decision,” Marashlyan said. “It’s a combination of rational and emotional for everyone [who moves here], but the economic factor is not as strong” among repatriates from richer countries, he said.

Instead, the pull factors for American repatriates tend to focus more on aspects like work-life balance – something notoriously difficult to find in California, where the U.S.’s Armenian population is concentrated.

The ability to be a big fish in a small pond is also a draw. “Many Armenian-American repatriates mention that it is difficult to stand out in America,” Marashlyan said. “With a country that size, there are less opportunities to make your mark.”

Last year’s change of government boosted Armenia’s image among American-Armenians as a place where they could meaningfully engage with their roots and their people. “Diaspora communities in the U.S. are often focused on only the culture, language, and the genocide,” without any real link to the modern-day Republic of Armenia, Marashlyan said. “Now people are beginning to think about [establishing ties with] the country itself.”

While Armenia’s improved image has buoyed enthusiasm in repatriation, economic realities still weigh on those looking to make the move. Armenia’s GDP grew at an average of 6.2 percent over the past two years, but the average monthly wage is still only 179,000 drams (about $375).

This means that most successful repatriates have to look abroad for their earnings rather than relying on jobs in the republic. The growth of a borderless freelancing culture, particularly among IT professionals, has made repatriation more viable, Marashlyan said. “The main opportunities [for repatriates] are in the external market,” he said.

The government has also sought to increase repatriation. The Ministry of Diaspora, which for years was widely maligned for its lack of tangible achievements and unclear strategy, was replaced in June by a High Commission for Diaspora Affairs. The new commission is headed by Zareh Sinanyan, a former mayor of Glendale, California. Introducing Sinanyan on June 14, Prime Minister Nikol Pashinyan said he wanted the new commission to place its “main focus … on expanding Diaspora-based Armenians’ involvement in the homeland’s economic, social and political life.”

Pashinyan has repeatedly said he wants to reverse the country’s decades-long brain drain, and has sought ambitious goals for attracting ethnic Armenians to Armenia. After initial statistics showed an increase of over 13,000 migrants to the country during a six-month period last year, Pashinyan said: “I am hopeful that the 13,000 will increase to 130,000, 200,000, 1,300,000 in the period of our [government’s] tenure.”

There is evidence that the shine of the revolution is beginning to fade. A recent survey showed that support for Pashinyan’s government remains strong but is falling; respondents who said the country was ‘moving in the right direction’ fell from 72 percent of those polled in October 2018 to 60 percent this May.

The government needs to implement economic and political reforms, especially with regards to the judicial system, to maintain Armenia’s attractiveness as a repatriation destination, Marashlyan said. “Time is crucial now,” he said. “We need to use this moment.”

For now, though, the atmosphere remains conducive to enticing Armenia’s diaspora back to the homeland. Arslanian has no plans to leave: Since arriving she has founded an arts organization and continues to put down roots in the country. “You can sense that there is a lot of hope here,” she said. “Armenia is suddenly a land of opportunities.”