Many in Armenia’s opposition-turned-government have muted their resistance to membership in the Russia-led bloc. 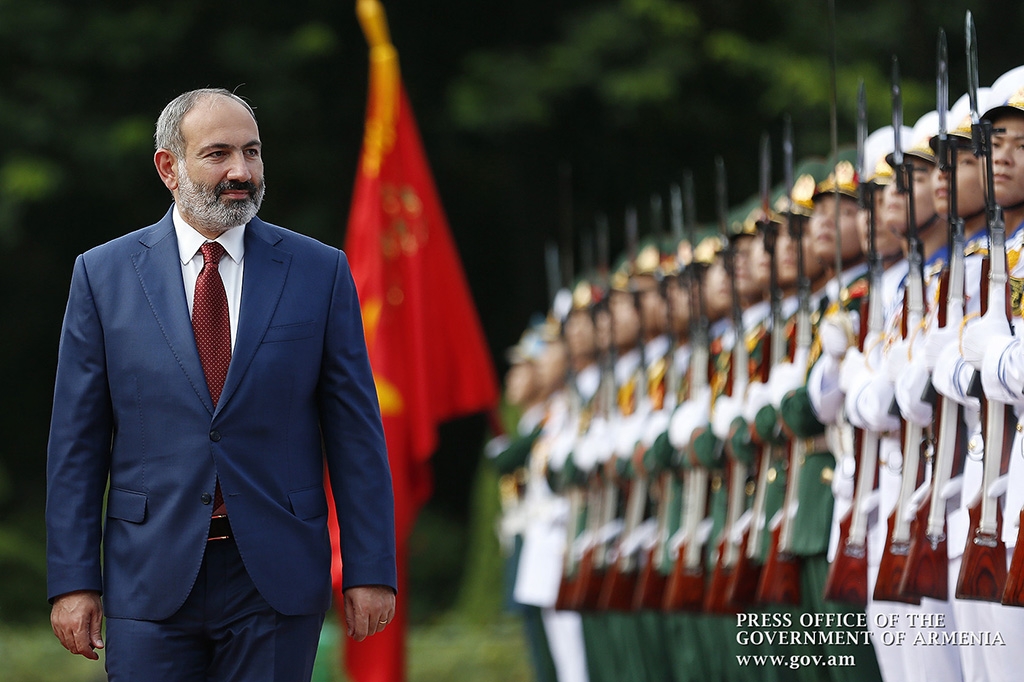 Under the previous Armenian regime, the pro-Western opposition objected to Yerevan’s membership in the Russia-led Eurasian Economic Union (EAEU), seeing it as evidence that the government was under the thumb of the Kremlin.

But now that many of those figures are in government themselves, that opposition has been muted. As the EAEU heads of state prepare to gather for an October 1 summit in Yerevan, they are being hosted by a government that has largely come to terms with its Eurasian orientation.

“It’s a reality, it’s a done deal, we’re not talking about pulling out the Union,” said Arsen Kharatyan, a former Voice of America journalist and head of the Georgian-Armenian media website Aliq, who joined the new government as foreign policy adviser to Prime Minister Nikol Pashinyan shortly after it gained power.

“A lot of the people who came from a civil society background, journalism background, or any type of activism, are now officials who represent the state. And that ultimately impacts their rhetoric,” Kharatyan told Eurasianet. The new authorities also have created an “informal division” of labor wherein more “Euro-centric” officials work on European integration projects rather than on Eurasian ones. (Kharatyan left government last year.)

As an opposition member of parliament, Pashinyan was a mild Eurasia-skeptic. At a 2017 session of parliament, Pashinyan complained that EAEU membership hadn’t done anything to prevent Armenia from suffering losses in heavy fighting the previous year with Azerbaijan. “After joining the Eurasian Union, Armenia lost a significant portion of territory,” he said then.

As prime minister, though, Pashinyan has become a reliable Eurasian Union backer. After taking part in his first Eurasian Union summit last September, he expressed pleasant surprise at the “passionate” arguments that took place behind closed doors, in contrast to the leaders’ stodgy public statements.

In July, Pashinyan paid an official visit to Vietnam and Singapore. Armenia’s ties with the southeast Asian countries are scant; together the two buy less than 1 million dollars in Armenian goods annually. But what they both did have were in-the-works trade agreements with the EAEU, key elements of the organization’s ambitious efforts to expand its ties beyond the post-Soviet region. The official accounts of Pashinyan’s meetings there emphasized the EAEU angle; Pashinyan even had a phone conversation with Putin while he was in Vietnam and the short readout suggested the main agenda item was EAEU business.

“We discussed in all detail the steps aimed at implementing the free trade zone agreement between Vietnam and the EAEU, and I consider it one of the most important issues of cooperation between our countries,” Pashinyan said in Hanoi.

The EAEU was founded in 2014 by Russia, Kazakhstan, and Belarus, and later grew to include Armenia and Kyrgyzstan. Russia, the dominant member, occasionally tries to position the EAEU as a civilizational counterweight to the European Union, and at times uses it to push an illiberal international agenda at odds with the values of many in the new Armenian government. But at root it is a free trade grouping, and Yerevan is attempting to emphasize that aspect of the organization to promote its economic interests in the post-Soviet space.

“Of course some people in parliament, and other areas of government, have strong views, some are quite openly opposed to it [EAEU membership],” Kharatyan said. “But people are starting to realize that if it is an economic union, if it is something that we can benefit from, why not, we can try it.”

In 2017, the Bright Armenia party – then a coalition partner in the parliament with Pashinyan’s Civil Contract party – introduced a bill to leave the Eurasian Union, citing the economic damage that Armenia had suffered in the three years since joining. Now, though, the party has dropped its opposition.

“Now the situation is different, there is no need to lobby to leave the Eurasian Union,” the head of the party, Edmon Marukyan, told Eurasianet. The new government can be better trusted to use Armenia’s membership in the group to advance Yerevan’s interests, in particular vis-à-vis Russia, he argued.

The record on that so far is mixed – Pashinyan agreed to send Armenian military members to Syria to join the Russian-backed mission there, which his predecessor had managed to avoid. And Russia raised gas prices for Armenia over the new year, after the government had promised it would negotiate a lower rate.

But Marukyan argues that the EAEU is a good venue for Yerevan and Moscow to work out these issues. In the matter of the gas dispute with Russia, Armenia should argue that prices for all members should be equal throughout the EAEU space, Marukyan said. And in another ongoing quarrel with Moscow – over whether Armenian driver’s licenses should be valid in Russia – joint EAEU membership also should work in favor of Armenia’s position, he said.

“I can’t say that we have successes in those terms, but at least the new government is trying to be more active and an equal partner to our Eurasian partners than the government we had before,” Marukyan said.

Armenia’s signing of a cooperation agreement with the European Union, which took place in the last months of the old regime, also shifted the calculus. “At that time [when the bill to leave the EAEU was introduced], we were lobbying to have the EU but now we have both, and it depends on us how we can use it,” Marukyan said.

Armenian public opinion tracks with Marukyan: polls show that over the past few years, Armenians are increasingly in favor of ties with both the EU and the EAEU, while support for ties with only the EAEU has declined. (Support for relations with only the EU has remained steadier.)

In any case, Armenia has few options when it comes to EAEU membership. The new authorities managed to stave off Russian opposition to their rise to power by promising no geopolitical shifts, and Yerevan would have little to gain by rocking the boat, said Alexey Panin, a Russian analyst at the Moscow consulting firm Urus Advisory. “To be honest, it’s easier to be a diligent member of the Union than to pull it apart. It doesn’t take very much effort” to be a member, Panin told Eurasianet.

It is nothing unusual for opposition figures to change their tack “when they take responsibility as part of the government,” Kharatyan said. “Because then they deal with realities on the ground.”