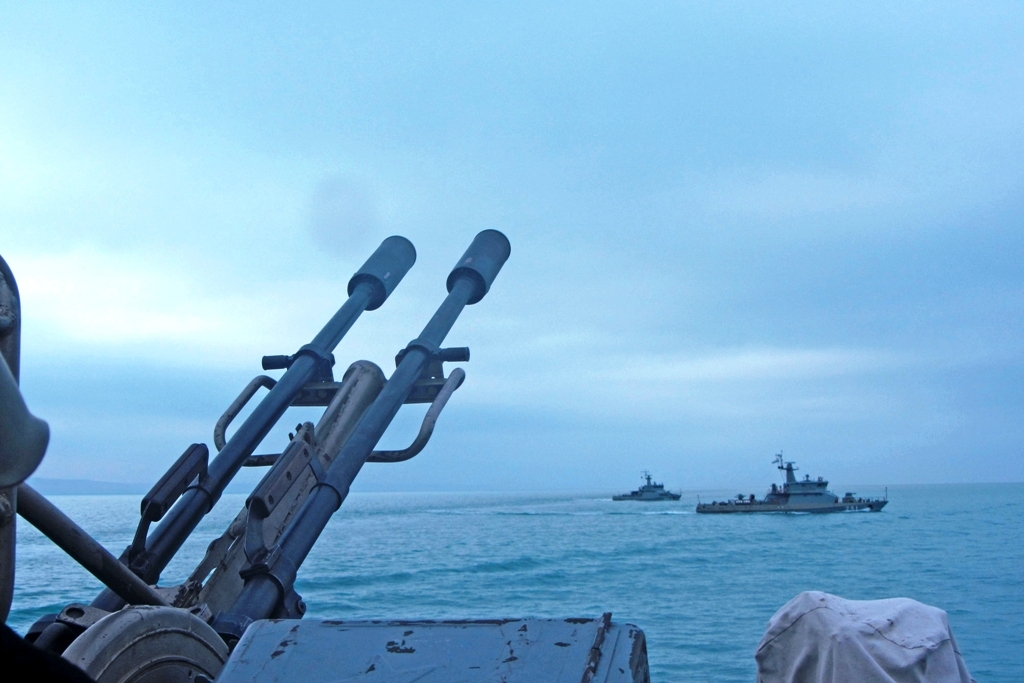 Kazakhstan has, for the first time, launched an anti-aircraft missile from a warship on the Caspian Sea. While the test may not mean much operationally, in the context of current heightened Russian military activity on the Caspian the move appears to be a modest show of force from Astana.

Kazakhstan's Ministry of Defense announced on December 14 that it had tested the Arbalet-K air-defense missile system from its missile boat Oral. The test was carried out at a "high level," the MoD said, noting that the [Ukrainian-made, incidentally] Arbalet-K was designed to defeat "jet, turboprop and propeller aircraft and helicopters, under conditions of visibility of the target, using surface-to-air missiles."

This follows another test, on November 27, of anti-aircraft artillery from the Oral and three other Kazakh warships on the Caspian. That test, the MoD said, was conducted in "conditions as close as possible to combat."

These weapons are a far cry from the cruise missiles that Russia has launched from the Caspian on three separate occasions since October -- twice at targets in Syria, and once in a test. Russian President Vladimir Putin also has recently dismissed worries by Kazakhstan about the danger posed to civilian aircraft over the Caspian, saying that the Caspian states need to make sacrifices for the sake of the anti-terror fight that Russia is carrying out.

The timing of the Kazakh tests suggests that a subtle message is being sent, that Astana does not intend to cede full military control over the Caspian to Russia. It's worth noting that this most recent test took place the day before Kazakhstan's Independence Day.