The war lasted 44 days. Cleaning up the explosives it left behind will take years. 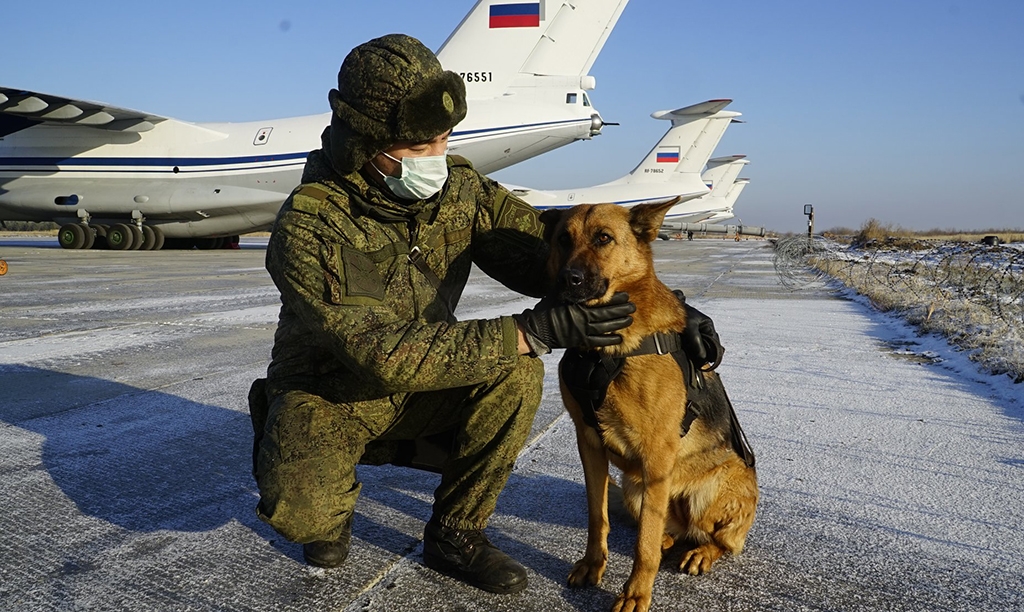 Following the war between Armenians and Azerbaijanis in the 1990s, deminers spent decades and tens of millions of dollars clearing the former battleground of land mines and unexploded ordnance.

Now, after 44 days of renewed fighting, they have to start again.

According to a survey of local media reports, at least 11 people have been killed by leftover explosives following the cessation of hostilities on November 10.

In the deadliest single incident, four members of an Azerbaijani family who were visiting their former home in the region of Fuzuli were killed when their car hit a land mine on November 28, the Azerbaijani general prosecutor’s office reported.

The only member of the Russian peacekeeping mission who has thus far been killed in action was a sapper who died as a result of an explosion on December 17.

Until the war started this September, the last fatality as a result of unexploded ordnance on what used to be the Armenian side of the line of control was registered in 2018. The last time someone other than a deminer died was in 2015. On the Azerbaijani side, the last fatal accident was recorded in January.

But following the war, in which Azerbaijan managed to retake a large part of the lands it had lost to Armenians in the first war, a large swath of territory has again been rendered deadly.  Much of that is due to the use by both sides of cluster munitions, which contain small bomblets intended to explode on impact but which have a high failure rate, “leaving duds that act like anti-personnel landmines for years and even decades,” Human Rights Watch said in a December 11 report on their use in the recent conflict.

There also has been some apparent laying of new anti-tank and anti-personnel land mines. The Azerbaijani prosecutor’s office said that the explosion that killed the family of four was the result of an anti-tank land mine laid by retreating Armenian forces. The Russian Defense Ministry said that the explosion that killed the Azerbaijani colonel (which also wounded a Russian peacekeeper) was caused by a mine. Halo Trust, the UK-based organization that carries out demining in Armenian-controlled Nagorno-Karabakh and surrounding territories, said in a post-war report that “[n]ew use of anti-vehicle mines has also been reported” and that “[t]he extent of landmine contamination from the current conflict is unknown.”

Neither side has acknowledged using land mines in the recent conflict.

A spokesperson for the Azerbaijan National Agency for Mine Action (ANAMA) blamed Armenia for laying the mines that have been found on territory now controlled by Baku. “The Armenian army, while being pushed away, were putting mines almost everywhere in order to delay the Azerbaijani army,” the spokesperson, Sabina Sakarova, said in response to written questions from Eurasianet.

There are several countries and agencies already involved in the UXO-clearing process. On the Armenian-controlled side of the line of contact, Russian peacekeepers have been clearing up material, while Halo is carrying out assessments of the work that lies ahead.

On the Azerbaijani-controlled side, ANAMA’s work is being supplemented by Turkish military mine-clearance experts. Azerbaijan’s Defense Ministry reported that 136 Turkish soldiers arrived in early December and have begun training their Azerbaijani counterparts. The Turkish soldiers themselves also will be involved in clearing Azerbaijan’s newly retaken territories.

The amount of ordnance reported to have already been cleared since the war ended is substantial.

But deminers on both sides are only beginning to assess the work ahead of them.

To clean up its newly retaken territories, ANAMA is planning a substantial expansion, to increase its staff from under 500 to on the order of 12,000-15,000, Sakarova said. Halo says it is planning to roughly double its staff, from 130 before the war up to 250.

Azerbaijani officials have given varying timelines as to how long clearing their side will take, but ANAMA’s head of operations, Idris Ismayilov, has said that "it will take up to 10 years to completely demine the territory but people would be able to return to their ancestral lands in between three and five years.”

Halo has not given an estimate of how long it will take to render the Armenian-controlled land safe, and organization officials did not respond to requests by Eurasianet for comment. But in an interview with local news website EVN Report, the organization’s director for Europe, Nick Smart, said that to clean up a single site – an ammunition dump just outside the regional capital of Stepanakert that was destroyed during the war – would take two years and $2.6 million.

The organization was still working on assessments of the cities of Stepanakert, Martakert, and Martuni. It hadn’t even started yet on surveying rural areas, “but I would imagine there will be a big problem there,” Smart said. “Planting season will be on us in no time. Farmers are going to want to get on and plow their fields and to do so right now would be very dangerous.”