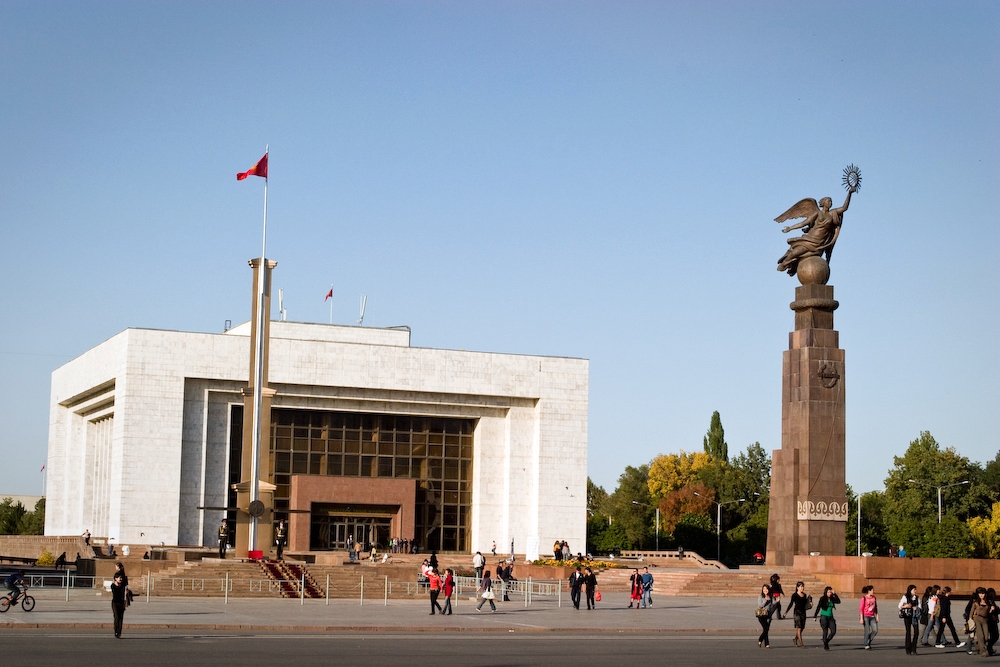 When Olga Ladanova moved to Damascus 10 years ago to marry a Syrian citizen and start a family, she held on to her Kyrgyz citizenship. These days, her family credits her passport with saving their lives.

Prior to the outbreak of civil strife in Syria in early 2011, Ladanova and her husband, along with two sons, enjoyed a relatively comfortable life in the Syrian capital. She was a homemaker and he worked in a restaurant as a chef.

But even before warfare left their home destroyed, it imperiled their children’s innocence. “When there was shooting outside, my six-year-old son coldly told me which guns [the fighters] were using, and what kind of tanks were firing. When the children played in the streets, they collected bullets,” says Ladanova’s husband, Mohammed Nur Addin. “Is this a normal game?”

Amid a battle between government troops and the opposition near their home in March 2012, the family sought temporary refuge elsewhere. When they returned after the fighting had subsided, their apartment block had been decimated and they were forced to seek shelter with relatives elsewhere in the city. Ultimately, they opted to leave the country.

In February 2013, the family seized a chance to escape. They saw a report on Russian satellite television that announced Russia was sending a plane to evacuate its citizens. Though she’s a Kyrgyz citizen, Ladanova contacted the Russian Embassy and negotiated to get her family to Bishkek via Moscow.

“The plane was flying from Latakia, a city in northern Syria. While we were driving there from Damascus, we didn’t know if we’d even make it,” recalls the 30-year-old Ladanova. As the bus left the capital, it drove through heavy fire while she huddled with her husband and two sons – the younger only a year old at the time – on the floor.

“We were lucky,” added Nur Addin, in his broken Russian.

Ladanova’s family helped them get established, and this February, Nur Addin and their two sons – now aged 7 and 2 – received residency papers in Bishkek. Nur Addin is now working as a cook and the older son is studying Kyrgyz to begin school this autumn.

According to the United Nations, more than 2 million refugees have fled Syria since the civil war started in early 2011. Kyrgyzstan has granted refugee status to 21, the Ministry of Labor, Youth and Migration told EurasiaNet.org.

In Kyrgyzstan, Nur Addin has met a few of his compatriots, but he resists getting too close to them, fearing some may be agents of Syrian dictator Bashar al-Assad, or members of the Islamist opposition. Either way, he fears being dragged into the struggle in some manner.

“Who am I? I’m nobody. I’m not for or against either side,” explained Nur Addin. “All of them are guilty for what’s happening in Syria now. … At the beginning of the war I thought it was right they [the rebels] were fighting [against Assad]. But now I don’t know which side is right. They are killing each other, and don’t even know why.”

Like other governments in Central Asia, Kyrgyzstan’s is deeply worried about the potential for radicalization among its predominantly Muslim population. News reports about the Syrian strife, heavily influenced by Russian stereotypes, presents the country as a hotbed of Islamic terror, and a destination for radicalized minorities from Central Asia eager to wage jihad. So the Kyrgyz carefully questioned Nur Addin about the war and his sympathies, about his religious convictions, pointedly asking him whether or not he is a terrorist. He felt the questions were reasonable and after a year was granted refugee status, which allows him to work legally, but does not qualify him for state benefits. He immediately found a job. (After three more years, he can apply for citizenship.)

One concern still nags at Nur Addin. He has two other sons, aged 23 and 19, from an earlier marriage. Both are serving in the Syrian government army, fighting for Assad. He speaks to them via Skype, but in recent days he has been unable to reach them, perhaps because they have been transferred to another part of the country. “I’m a happy and an unhappy person at the same time. My relatives, my two sons are staying in Syria. They are fighting there. How could I be happy?”

His sons and other relatives repeatedly ask for Nur Addin’s help getting them out to Kyrgyzstan. But his wife’s relatives cannot take on the burden of such an extended family, and Nur Addin is already struggling to provide for the four of them in a foreign land. “If they move here, who will nourish them?” he asked.