The owner of Rustavi2, who just wrested back control of the station, now says he wants to sell it. Government critics see an elaborate plot to gag an opposition-friendly outlet. 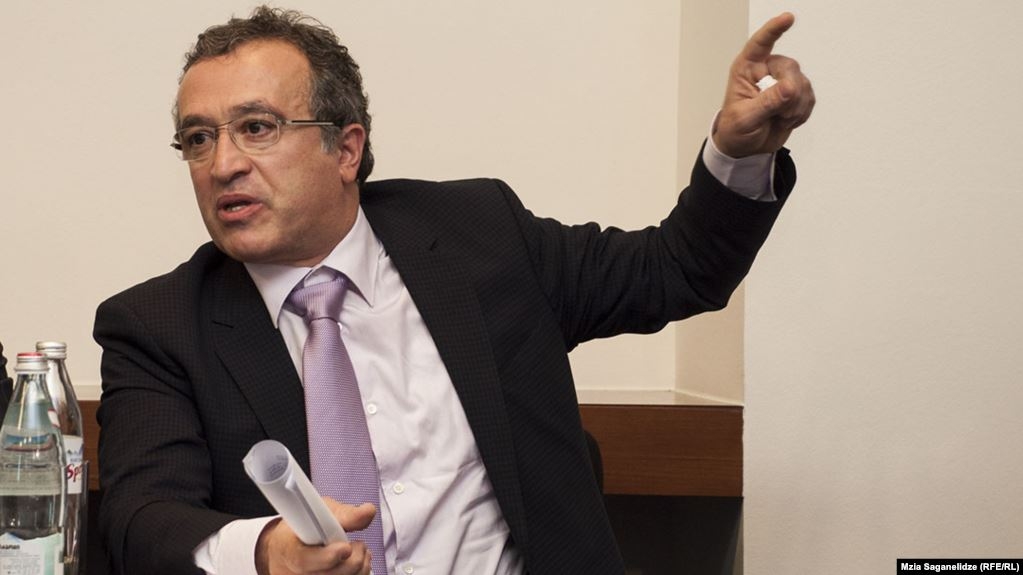 The Rustavi2 news channel, an embattled bastion of government criticism, went up for sale on August 12. Its newest owner put the station on the block just weeks after reclaiming it through a years-long legal battle and amid concerns the government is trying to gag the critical broadcaster.

Rustavi2 is the most-watched network in a nation of voracious TV viewers – over 70 percent of Georgians get their news primarily from television. Having a reputation for making and breaking governments, Rustavi2 is coveted by many Georgians – but apparently not by its new owner, Kibar Khalvashi.

Khalvashi, who claims that then-President Mikheil Saakashvili expropriated the channel from him in 2006, went to great lengths and many courts to take back the channel on July 18. After that success, and after firing the rabble-rousing director, Khalvashi claimed the station is too deeply indebted to keep.

“Rustavi2 owes virtually everyone, from the water supply company to an American exit polls company,” Khalvashi told local media on August 12, adding that the station is $29 million in debt. “I’ve decided to sell the company through an open, competitive bidding to the highest bidder.” Khalvashi said that bidders will be required to provide a refundable $1 million security to indicate their seriousness.

Media observers say that these plans only validate their belief that Khalvashi has, all along, been fronting for the ruling Georgian Dream Party and its billionaire chairman, Bidzina Ivanishvili. “The main thing is that the government and Bidzina Ivanishvili want to take editorial control of Rustavi2,” media analyst Zviad Koridze told Ajara TV. “To achieve this goal, they had to remove the old owners, then the management and finally the news executives.”

Those first two steps have been accomplished. After a European court ruling, the station was taken from the brothers Giorgi and Levan Karamanashvili. Next, general director Nika Gvaramia was fired. All three men are friends of ex-president Saakashvili. Khalvashi has accused Gvaramia of bringing Rustavi2 to the brink of financial ruin and threatened to sue the ex-director. Gvaramia is already facing charges of abusing company finances during his tenure at the station. He describes the charges as a vendetta by the Georgian Dream’s chairman.

The old corps of journalists remains at Rustavi2, however, continuing the station’s critical coverage of the Ivanishvili government and vowing to resist any attempt by the new owners to meddle with editorial decisions.

“[W]e will continue fighting for our editorial independence, regardless of who is the owner,” said Paata Iakobashvili, a Rustavi2 newscaster. “We know that the new owner is going to be someone Ivanishvili trusts more than he trusts Khalvashi.” Iakobashvili alleged that since winning back the station Khalvashi has failed to fulfill Ivanishvili’s mission to subdue the news and editorial staff, and so the billionaire plans to bring in someone else to finish the job.

The leader of the opposition Republican Party, Davit Berdzenishvili, agreed. “Khalvashi failed to overcome the resistance he met at Rustavi2 and change the editorial policy,” Berdzenishvili said.

Ivanishvili and his archfoe Saakashvili have waged war through the influential news channel since the billionaire took over as Georgia’s leader in 2012. While the station is criticized for its bias toward Saakashvili and his foothold in Georgia, the United National Movement party, Rustavi2 is also praised as key to holding Ivanishvili’s government accountable. Khalvashi said that under no condition would he sell the station to Saakashvili or his associates, but mentioned no similar restrictions on Ivanishvili.

Georgian Dream’s opponents charge that Ivanishvili is doing to Rustavi2 exactly what Saakashvili did to it 15 years ago: handing the station to a trusted front to bring it to heel. Both then and now, Khalvashi was that front man, these critics say. The station’s founders say that Saakashvili forced them to sell the channel in 2004 and hand it over Khalvashi, who sold it two years later after falling out with Saakashvili.

“For the second time, Khalvashi became a tool in the government’s plan to take over Rustavi2,” said Nino Goguadze, leader of the opposition Free Democrats party. “Neither the lawsuit nor the sale were his decisions […] Ivanishvili owns Rustavi2 now and it does not matter in what way or under what pseudonym he masks the ownership.”