A teacher’s college in Termez is the first fruit of Uzbekistan’s pledge to assist Afghan development through education. 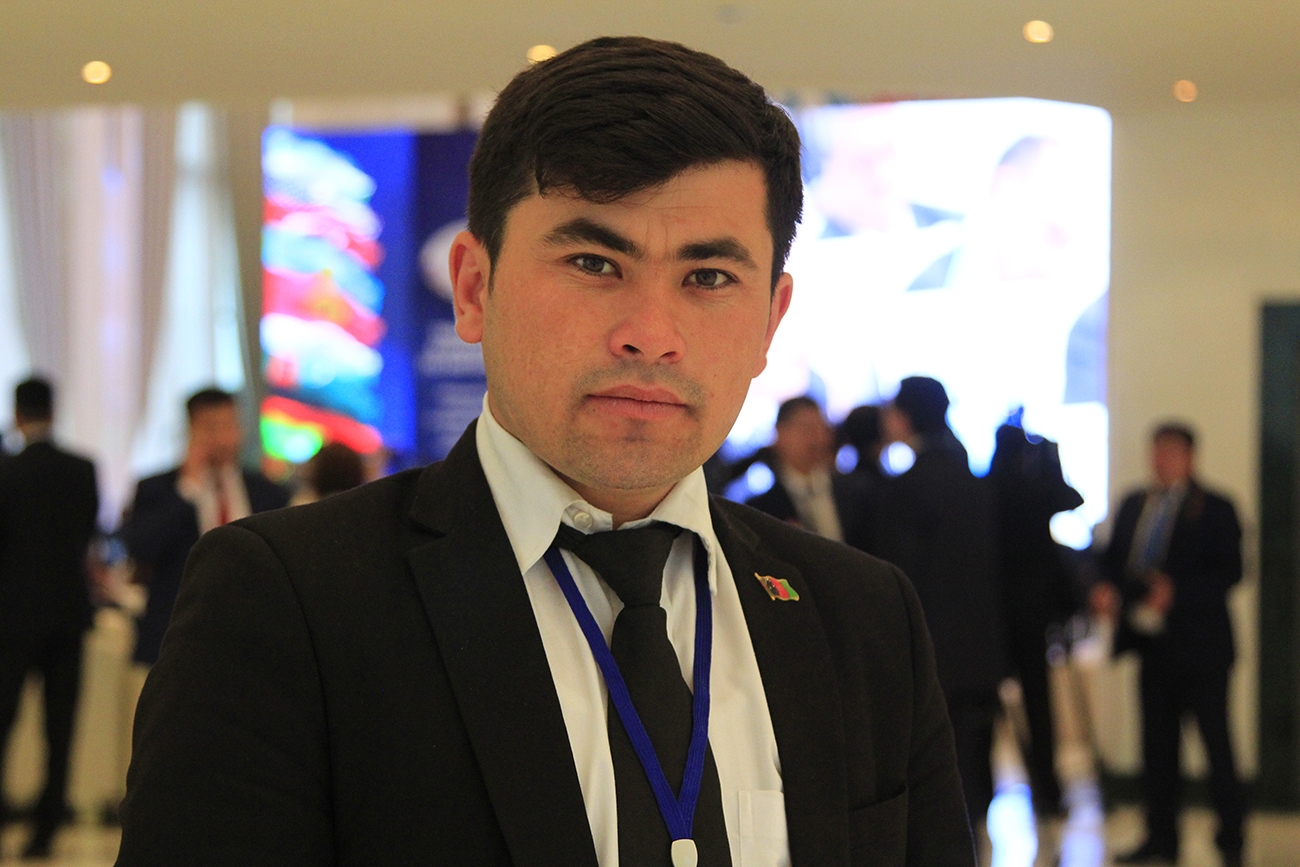 Asadullah Azizi is among the first Afghan scholarship students to attend a new teacher’s college in Uzbekistan. (Photo: Eurasianet)

Since moving to Termez for his studies, the strangest thing for Asadullah Azizi has been to hear Uzbek spoken everywhere.

The 24-year-old is himself an ethnic Uzbek, but his mother tongue gets little public exposure in his native Afghanistan.

“Uzbek for us is a language for the street and the home. We Afghan Uzbeks only talk our native language among family and friends. But we cherish it, because it is the cultural heritage of our ancestors. And here, in Uzbekistan, it’s the main language of the country,” Azizi, who has seen little beyond his hometown of Sheberghan, around 135 kilometers west of Mazar-i-Sharif, told Eurasianet.

Azizi is among the first group to come to Uzbekistan from Afghanistan as part of an educational exchange that the Uzbek government hopes could spur development in the war-torn country.

The first batch of 96 Afghan students – which included 11 women – arrived in January in Termez, which is flanked to the south by the Amu Darya River, a natural boundary between Uzbekistan and Afghanistan.

For a two-year period, the group will train at a college in Termez to become teachers of Uzbek language and literature back home. More than half of the $2,440 bill will be picked up the Uzbek government.

Despite the linguistic commonalities, the sense of culture shock has been strong.

And then there is the Uzbek. Everywhere. On the street, on television on the radio. And there are many books in Uzbek too. The only problem is that Azizi cannot read any of it, since he only learned to speak and write Dari, which is written in Arabic letters.

The competition to win a spot at the Termez training college was stiff. So far, the highlight for Azizi has been studying Uzbek literature from the Soviet period.

Another member of the group, 22-year-old Aselo Noibzoda, had only heard about Uzbekistan from stories her parents told her and from television. The first thing that struck her was the sight of young women driving cars. And that they wear skirts and jeans.

“Driving a car is something I dream about, but here you see it everywhere. Women and girls in Afghanistan don’t have the opportunities they do in Uzbekistan, where they can study and work on a par with men,” Noibzoda said.

Noibzoda is from Samangan province, also in Afghanistan’s north, one of seven children – two girls and five boys. Her father works in an international organization and her mother is a teacher. She wants to follow in her mother’s footsteps and become an instructor in Uzbek language and literature. Her favorite writer is 15th-century poet Alisher Navoi, some of whose ghazals, or verses, she can recite from memory.

The first question that instructors at the Termez college had to address was what alphabet to use. Most Afghans were familiar mainly with the Arabic alphabet.

“The only education that the Afghans coming here received was in Dari. But they all have a conversational grasp of Uzbek. So we decided to teach them through Uzbek rendered in Latin letters,” said Toshpulat Toshev, head of the training center. 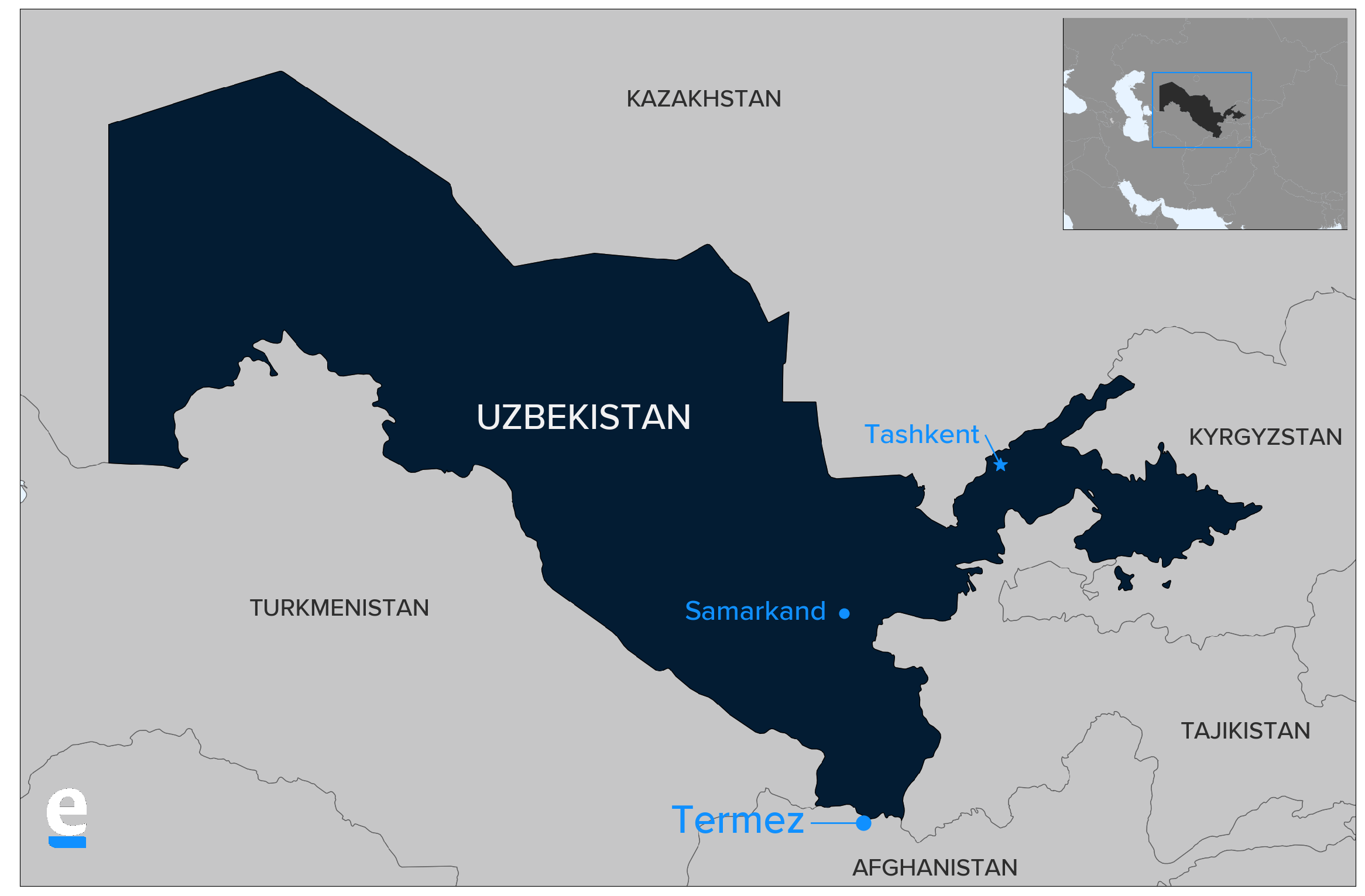 The Termez college lies around 10 kilometers from the Uzbek-Afghan border. A campus for 150 students has already been built, and work on another for 300 pupils is under development.

“The campus provides three meals a day for students, there is a gym, there are literary and language groups. Our students are also showing an interest in English and Russian. In their homeland, knowledge of languages is worth its weight in gold,” Toshev said.

This is all the result of the good-neighbor policy being pursued by Uzbek President Shavkat Mirziyoyev, who came to power following the death in September 2016 of his isolationist predecessor, Islam Karimov.

During a tour of the country’s southern borders in October 2016, Mirziyoyev told reporters that stability would only come to Afghanistan by means of economic development. And the countries of Central Asia – meaning Uzbekistan and its former Soviet neighbors – have a role to play, he said.

The training center in Termez is the first fruit of that pledge to assist Afghan development through education. As well as teachers, Tashkent also plans to train technical specialists, particularly those in fields relevant to ongoing projects intended to bring the two nations closer together.

Since 2011, the 75-kilometer Hairatan to Mazar-i-Sharif railway has been wending its way south from the Uzbek border. The plan is to extend tracks further still, all the way to Herat, another 730 kilometers from Mazar-i-Sharif.

Afghanistan specialist Rustam Makhmudov said the investment in education will be critical in making cooperation a reality.

“For Uzbekistan, Afghanistan is a big market. They are a promising prospect from the point of view of investment. But for this, we need specialists who know how to do the job,” Makhmudov said.

In May, another 26 Afghan students who will be trained in railway engineering arrived in Termez.

This all marks a turnaround for Uzbekistan, which could never have been described as a destination for foreign students. Before the Afghans’ arrival, there were a little over 700 overseas students in Uzbekistan, from countries like Turkmenistan, Kazakhstan, Kyrgyzstan and Russia. That is paltry when compared to neighboring Kazakhstan, where some 14,000 foreign nationals are pursuing studies.

Deputy Prime Minister Aziz Abdukhakimov said in late September that with additional grants from Japan and others, Uzbekistan will be in a position to further broaden its agenda to put Afghan students through university.

The feedback from those already in Uzbekistan has been glowing.

Azizi is the pride of his large family of two boys and four girls. His father died in 2008 and his mother works as a seamstress. When his mother learned Azizi had won a chance to enroll at a college abroad, she accompanied him to the border.

Since starting his studies, Azizi has written several poems in Uzbek. One of them, “My Motherland, Afghanistan,” was published in a Termez newspaper.

“When I saw my poem in the newspaper I broke into tears. I couldn’t sleep that night. Later, during our holidays, I took the newspaper home to show to my parents. My mother cried with happiness and set the table for a feast,” he said.