Washington has removed Uzbekistan from its blacklist of cotton producers. 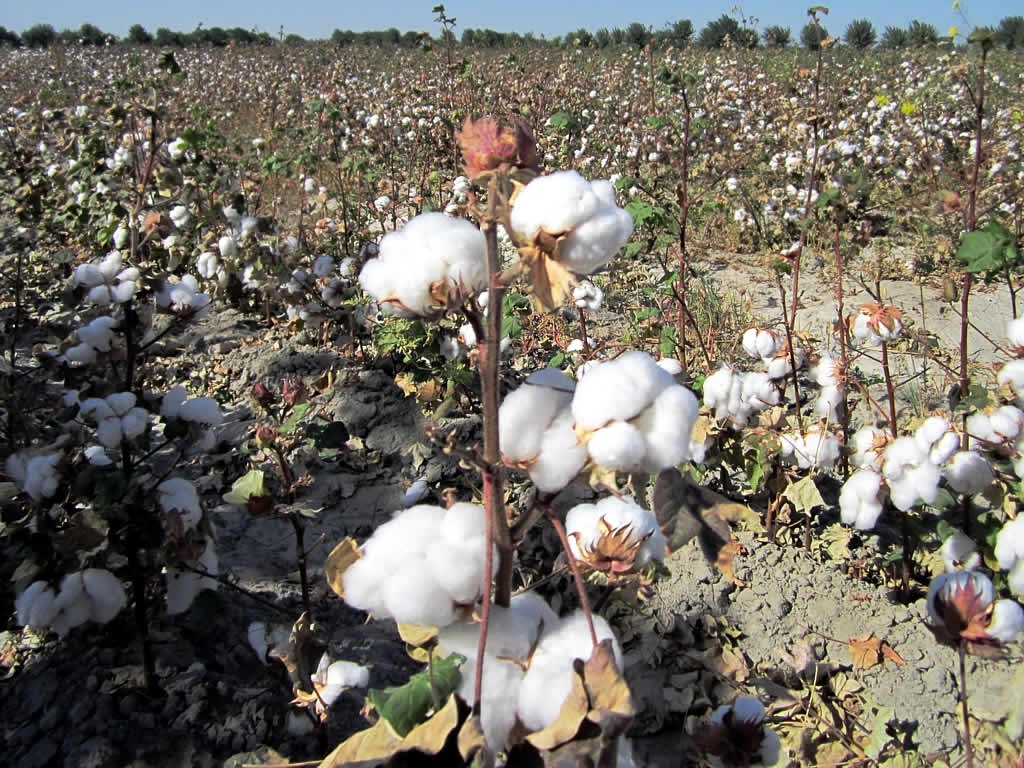 Cotton fields in Samarkand, Uzbekistan. (David Stanley via Flickr/CC BY 2.0)

There is a palpable buzz in the air in Uzbekistan these days, following a decision by the U.S. Department of Labor to remove the country from a blacklist of cotton producers that rely on child workers.

Responding to the decision, as laid out in a Department of Labor report published last week, the Uzbek External Trade Ministry predicted exciting developments.

“It will open the path to potential cooperation with leading foreign brands in the textile industry – Gucci, Louis Vuitton, H&M, OGGI, Adidas, Nike and others. It will also create new opportunities to develop exports of textile goods to developed countries, including nations in the European Union and North America, and Japan,” the ministry said.

For a country that has faced almost a decade of escalating industry embargoes against its cotton exports, these should be exciting times. Rights groups warn, however, against complacency and say more needs to be done rooting out forced labor before Uzbek cotton’s reputation is fully sanitized.

The process of independently vetting standards during cotton-harvesting season, which is currently underway, has fallen on rights activists and, more recently, the International Labor Organization, or ILO.

On a recent afternoon in mid-September, a dozen rights campaigners gathered at a Tashkent hotel for an event held under the ILO’s auspices to engage in a debate that would have been unthinkable even just a couple of years ago. The campaigners, who have been registered on the government’s coordinating council on forced labor, included some perennial figures of Uzbekistan’s tiny and beleaguered human rights community, such as Yelena Urlayeva and Shukhrat Ganiyev.

Discussions revolved around how exactly forced labor could properly be defined. Do only open intimidation and threats of reprisals apply, or does psychological manipulation count? Positions on this point vary, which is what makes this year’s planned harvest-monitoring exercise noteworthy.

“The people who are in the room today will be participating in […] monitoring this year. This is quite a big development. It’s something that builds on the dialogue that we have facilitated with the government since 2017,” Jonas Astrup, the ILO’s chief technical advisor in Tashkent, told Eurasianet on the sidelines of the training event.

One of the more nuanced areas for consideration in evaluating the scale of forced labor is the extent to which long-standing traditions of communal work and social mores can be said to apply. Khashar, ostensibly voluntary group labor to help the community, and andisha, an Uzbek term that defies translation but can describe anything from concepts of tact and social conscientiousness to prudence, caution or discretion, are common ways of mobilizing a workforce for large short-term efforts.

Labor rights campaigners are under no illusions that their job will be easy this fall, but with campaigners able to monitor openly instead of dodging arrest it will become easier.

“Today there is political will to eradicate forced labor,” Ganiyev, the chairman of the Bukhara-based Humanitarian Legal Center, told Eurasianet.

Beyond the joint ILO-activist monitoring, the government has created its own control mechanisms. The Labor Ministry has assembled a team of 300 labor inspectors and created a telephone hotline and Telegram channel to which violations can be reported.

On September 18, the Labor Ministry reported that it had received more than 110 complaints nationwide over the previous week. In one example offered, it said that an official with the Namangan regional government had forced employees to sign letters of consent to take part in collecting cotton. The official, Habibullo Zokirov, was fined 185,000 Uzbek sum ($23) for the transgression.

Astrup said he was assured by the labor minister that he has granted the ILO full access to this feedback system.

“He said: ‘I cannot guarantee that there will be no forced labor this year, but I can guarantee – and you have my personal guarantee – that every single case that’s submitted to the feedback mechanism will be investigated, will be dealt with,” Astrup said, quoting the minister’s pledge.

The ILO’s own monitoring procedure has not been without its critics, however.

A report published last month by the Corruption and Human Rights Initiative – or CHRI, a UK-based pressure group – upbraided the ILO’s methodology and data-analysis techniques.

“Amongst the greatest concern to CHRI researchers in the 2017 ILO harvest report, was the lack of explicit reference to the vulnerability of participants who may be victims of [state-organized labor], the particular sensitivities this prompts for research, or the complexities associated with conducting accurate fieldwork in a deeply authoritarian country where surveillance, arbitrary detention, torture, and repression are lived realities for citizens,” the report’s authors said in a September 18 statement.

Among the eight key ILO shortcomings listed in the report were what the study described as inconsistent information in the 2017 harvest monitoring assessment that suggested “weaknesses in quality control.”

In a combative riposte, the ILO insisted that while it remains open to constructive criticism, some of the misgivings raised in the CHRI report were based on outdated information and a misunderstanding of its methodology.

Still, with a gargantuan exercise that can involve anywhere up to 2.6 million people – which is how many people were involved in the 2017 harvest, according to the ILO – violations appear almost inevitable.

“I think it’s about normalizing employment relationships,” Astrup said. “When that has been normalized, you are naturally going to see a much, much lower risk of [forced labor].”

To that end, the authorities have rules on adequate remuneration, which operates on a sliding scale according to difficulty. On the first pass, the easier stage of cotton-picking, workers are to be paid 650 sum ($0.08) per kilogram. On the second and third passes, they will get 750 sum and 950 sum, respectively. In regions where harvesting presents particular challenges, a higher rate is envisioned.

“I think people are willing to pick cotton if they are paid the right way. The reason we can say that is that Uzbeks go to Kazakhstan to pick cotton. That’s the proof,” Astrup said.