Both sides accuse one another of triggering the unrest 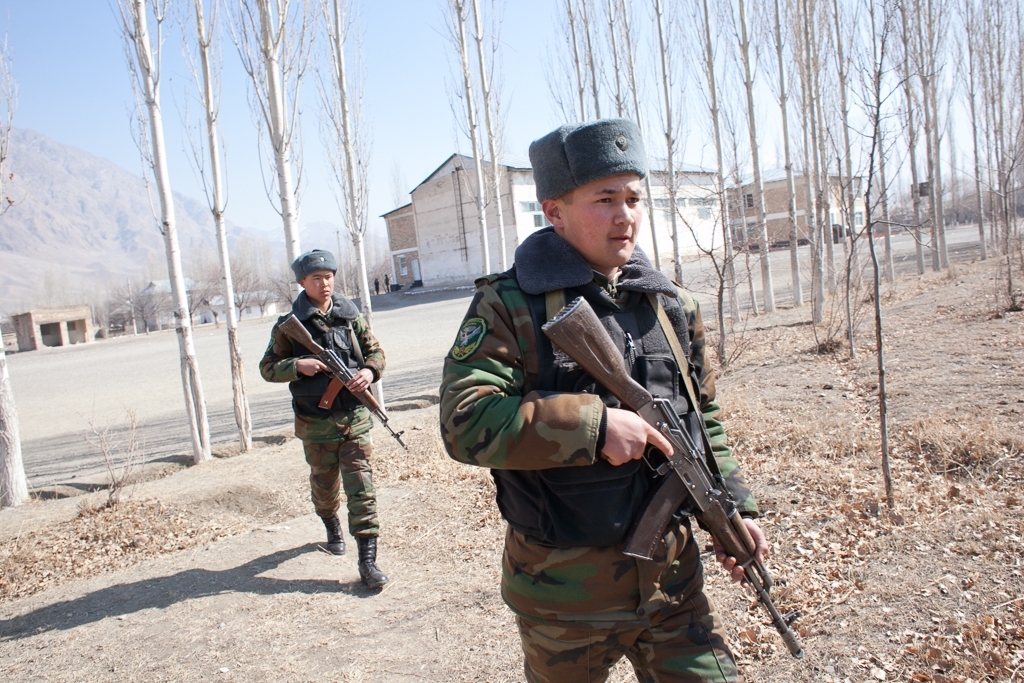 Archive image of Kyrgyz soldiers patrolling an area on the border with Tajikistan. (Photo: David Trilling)

At least four people were killed overnight on September 16 in clashes on the border of Kyrgyzstan and Tajikistan following yet another flareup of tensions among communities along the contested frontier.

Officials in Tajikistan told Asia-Plus newspaper that three Tajik border guards were killed in an exchange of gunfire. The Kyrgyz border service said one of its men, 40-year-old Ravshan Muminov, was also killed. More than a dozen are said to have been injured in the unrest.

Both sides are accusing one another of triggering the violence.

Kyrgyzstan’s border service said that the trouble began when residents of Tajikistan’s Bobojon Gafurov’s district, which is located in the northern region of that country, started construction work on an unsettled section of the border. Nearby Kyrgyz residents then began erecting a fence in response, leading to a confrontation between the two groups of people and involvement of border forces.

“At around 19:30, Tajik soldiers began to demand aggressively that Kyrgyz citizens cease construction. A verbal skirmish ensued and that turned into a shootout,” the Kyrgyz Border Service said.

The Tajik government, meanwhile, accuses Kyrgyzstan of “artificially escalating the situation” and says Bishkek sent more than 250 troops to the conflict site. Dushanbe says those forces then began firing shells at the Tajik village of Bahor.

Authorities on both sides reported that the situation had stabilized by September 17. The two nations’ foreign ministers are in talks and Kyrgyz Prime Minister Muhammetkaly Abulgaziyev has travelled to the area.

The border of Kyrgyzstan and Tajikistan has been the scene of such unrest repeatedly since the collapse of the former Soviet Union. The countries share 971 kilometers of border – of which 451 kilometers has not been properly delineated.

This year alone, there have been at least half a dozen cases of violence, typically stemming from differences among local residents about how to share land and resources.