Some questioned Armenia's status as a Francophone country, but Armenians emphasized their historic connection to the French-speaking world. 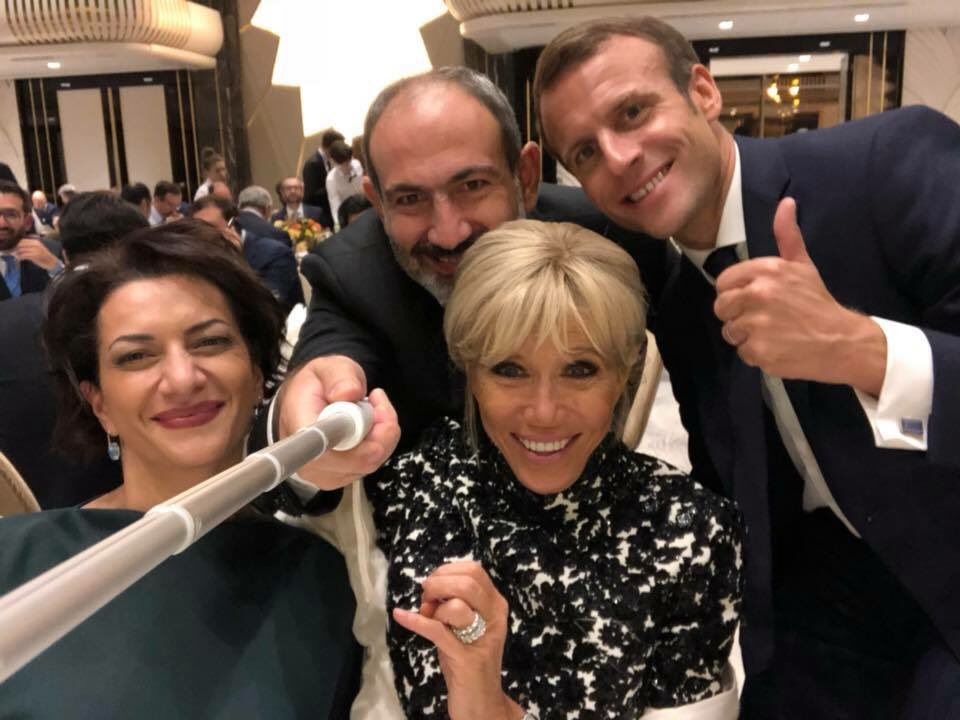 With his arms spread and fingers snapping, Pashinyan pulled other visiting world leaders into the circle, including French President Emmanuel Macron and his wife Brigitte, at the October 11 gala in Yerevan.

Pashinyan shot selfies with the leaders, who arrived in Yerevan to celebrate all things French at the summit of the Organisation internationale de la Francophonie, an multilateral group of 84 French-speaking and French-loving countries. The gathering was the biggest international event held in Armenia following the peaceful revolution that brought Pashinyan to power in the spring.

The dancing came as no surprise: Armenians are famously fast with their feet. They often danced during the spring protests. Even the leader they ousted, Serzh Sargsyan, was known for the occasional boogie.

Armenia's connection to the French world may be less obvious, and some questioned the decision to hold the summit in Yerevan, but Armenia in fact has deep cultural connections with the Francophone world.

France is home to the third-largest Armenian diaspora, mostly descendants of those who fled the World War I-era genocide in Turkey. These Armenians played a significant role in the French resistance to the Nazis.

“Thousands of Armenians worked to make France stronger and defend our nation. And France loves Armenia back,” Macron said at the opening of the summit. He noted that that Armenians have also given France many of its most celebrated artists and performers.

One of these, the recently deceased legendary crooner Charles Aznavour was remembered at the ceremony. “A great personality, an ambassador of French language,” Aznavour would have wanted to “be here today,” Pashinyan said.

Still, the summit had its critics who argued that la Francophonie has relaxed its membership rules too much by including countries that don’t speak French. This “dilutes in a certain way the status of French,” one Canadian researcher told Citynews, a Toronto news program.

Armenia’s deputy ambassador in Canada, Ara Mkrtchian, insisted that Armenia speaks enough French, however. He said that the summit could help promote the French language in Armenia and joked that Armenia’s French-speaking abilities might one day even rival Canada’s.

The summit marked the first time that a sitting Canadian prime minister has visited Armenia, but not the first time Trudeau set foot in the country. As a child he visited then-Soviet Armenia in 1988 with his father, the late Canadian Prime Minister Pierre Trudeau.

The Caucasus has a history of loosening up world leaders. U.S. President George W. Bush also showed off a few dance moves during his 2005 visit to Armenia’s neighbor, Georgia.