Chinese students abroad say they are under constant surveillance from their peers. 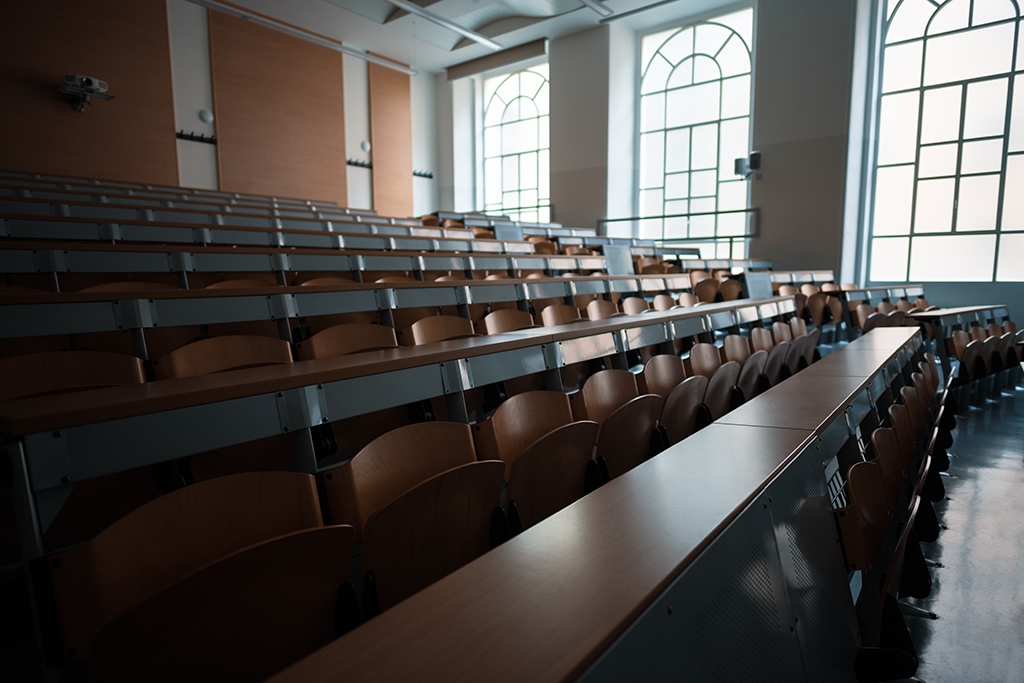 Chinese students studying abroad report that they must watch what they say publicly and online at all times, prompting many to engage in self-censorship. Those who openly question Chinese government policy often face retribution, ranging from online bullying to retaliation against relatives in China, rights activists say.

The HRW findings focused on Chinese students in Australia. But students and activists interviewed by Eurasianet said the same patterns are prevalent around the world, including in the United States, Israel and the former Soviet Union. Those who hold pro-democracy sentiments, or who do not otherwise strictly adhere to Chinese Communist Party positions, face the highest risk of experiencing some form of retaliation.

In many cases documented by HRW, Chinese officials did not play an active role in monitoring or harassing dissenting students. Instead, the government appeared to rely on Chinese overseas students who are loyal to the Party to keep tabs on their peers, and, when needed, take action to enforce doctrinal orthodoxy. Tactics employed by pro-Beijing students included online bullying, the use of physical intimidation and threats to notify Chinese authorities. In a few documented cases, supposed transgressions committed by students abroad prompted police in China to visit family members. The report also noted frequent instances of "classroom disturbances and arguments" during discussions on modern Chinese politics. According to the report, “this atmosphere of fear has worsened in recent years, with free speech and academic freedom increasingly under threat.”

Anywhere from 600,000 to 700,000 Chinese students study abroad each year. In the United States, Chinese students account for over a third of all foreign students enrolled in higher education institutions.

Teng Biao, a prominent dissident and human rights lawyer who is now a visiting professor at the University of Chicago, told Eurasianet that Chinese authorities track all students studying abroad, utilizing a network of organizations that outwardly strive to emulate the work of nonprofits, but which are sponsored by the government to uphold state interests. Such groups are commonly referred to as GONGOs.

One of the chief instruments used to monitor Chinese students abroad is the Chinese Students and Scholars Association (CSSA), Teng said. Chapters of the organization are found on campuses around the world and receive government funding. A 2018 article in Foreign Policy highlighted how consular officials maintain regular contact with CSSA executives, exerting ideological pressure on the organization. CSSA assets are regularly used to monitor the actions and sayings of overseas students, and report back to government authorities. Teng asserted that CSSA branches “are sponsored and directed by the Chinese consulate and embassies.”

Confucius Institutes, outfits ostensibly dedicated to promoting Chinese culture and language that are hosted by participating foreign universities, are another means allegedly used by the government to monitor overseas students. The institutes were collectively designated as a foreign mission of the PRC by the U.S. government in August 2020. A State Department statement released at that time said Confucius Institutes advance “Beijing’s global propaganda and malign influence campaign on U.S. campuses and K-12 classrooms.”

Teng described the intimidation and harassment of Chinese students and faculty abroad by the Chinese government as “already beyond soft power.”

In addition to the use of GONGOs, individual students are sometimes tasked by Chinese officials to work as informants, obligated to report on classmates. "The worst case is some students... [are contacted] by the national security agents and [asked to be a] spy," explained Pei Li, a postdoctoral researcher at UC Berkeley. Students interviewed by Eurasianet said the practice was widespread and referred to informants using a Chinese slang term (yan xian), which translates as ‘eyes’ in English.

The interviewees reported that in many cases, ‘eyes’ cooperate in return for cash payments or other perks. ‘Eyes’ report on the political activities of their pro-democracy Chinese classmates to consulates. If the situation is deemed serious enough, consular officials can contact security agents back in China and take further action, including interrogations and other forms of harassment against relatives back home. “I cannot completely trust other Chinese [students] around me,” said Pei. “Because you never know who will report you to the authorities.”

"People have to be cautious," added Sveta Lee, a Chinese dissident who began her foreign studies in Belarus but is now studying in the United States. “You don’t know who is monitoring you. [...] The eye is just anywhere.”

Lee lived and studied in Belarus from 2010 to 2015. After participating in protests against Chinese leader Xi Jinping's 2015 visit to the country, she faced harassment from Chinese Embassy representatives there and eventually left for the United States, a choice that she says was motivated by the harassment, as well as the general absence of academic freedom in Belarus. She was personally targeted by ‘an eye’ at one point: A Lithuanian-Chinese individual whom she had known for several years and considered a close friend turned out to be an informant. "He would report [information] about me to the local embassy,” explained Lee. The informant surveilled Lee’s social media accounts and would notify the embassy about her political activities even after she had departed for the United States. "I was betrayed by my friend," Lee said in an interview.

Pei, the Berkeley postdoc, became embroiled in a harassment incident in 2020 at Israel’s Weizmann Institute of Science, where he completed his PhD. As Pei recounted, a furor erupted at the institute after an Indian researcher published comments on Facebook critical of China’s Cultural Revolution and implicated the Chinese Communist Party in the spread of COVID-19. Several Chinese students reacted with indignation, reporting the incident to the Chinese Embassy, and campaigning to have the researcher fired. “Everyone started bullying him,” said Pei, who wrote a letter to institute officials in support of the researcher. Ultimately, the university resisted the demand to fire the scholar.

Students interviewed by Eurasianet reported that widespread surveillance and the potential for reprisals has had a chilling effect on what they study and how they interact with each other. Lee said that overseas students she knows have tended to avoid the “social science and humanities fields” because they were seen as having the potential to be politically sensitive.

Xiaojie Liu, a doctoral student at SUNY Albany who has studied in the United States since 2014, said that Chinese students tend to be guarded with each other at first. In his own case, only after gauging his interlocutor’s political views in extended conversations, including indirect questions designed to provide clues about attitudes toward the Communist Party’s leadership, will he begin to open up. If a counterpart signals even the slightest pro-government sentiments, he said, “I will [avoid] that person … and not regard him [or her] as a friend.”

Xiaojie said that when he first arrived in the U.S., nationalist sentiment among overseas Chinese students and Chinese government monitoring was nowhere near as extensive as it is now, adding that he sensed the atmosphere growing more restrictive starting in 2018-19. This timeframe matches Chinese supreme leader Xi Jinping's consolidation of power.

Some American scholars dispute the notion that China is trying to meddle with academic freedom abroad. Ken Hammond, a history professor at New Mexico State University, helped found and lead a Confucius Institute chapter on his campus in 2007, and insisted that he neither saw nor heard of any of the behavior described in the HRW report. “We never had the kind of [problem of] not being able to talk about certain subjects,” Hammond told Eurasianet. “There was no political agenda.”

In the late sixties and early seventies, Hammond was a prominent figure in the radical group, Students for a Democratic Society, playing an important role in the chain of events that culminated in the shootings of Kent State students by National Guard troops during an anti-Vietnam War protest in 1970. In the late 1980s, he spent time studying in China. His leadership of the New Mexico State branch of the Confucius Institute ended in 2020, amid the branch’s abrupt closure. He said moves to restrict the institutes were shortsighted and a reflection of the broad spike in tension between the United States and China.

On the other hand, Teng, the dissident professor at the University of Chicago, said democratically oriented governments aren’t doing enough to counter the threat. One measure they could take is the adoption of a code of conduct developed in 2019 by Human Rights Watch. The code calls on universities to make explicit commitments on academic freedom for Chinese students and stringently monitor GONGOs’ finances. All suspected GONGOs connected with overseas students could also be made to register as foreign agents, Teng said.

"Academic freedom is the core value of any Western university, so I think universities and also government[s] have a responsibility to guarantee free speech on campus," he said.