Eric Zemmour’s visit was largely unnoticed in Armenia, but French Armenians accused him of trying to use the country’s conflicts for his own Islamophobic purposes. 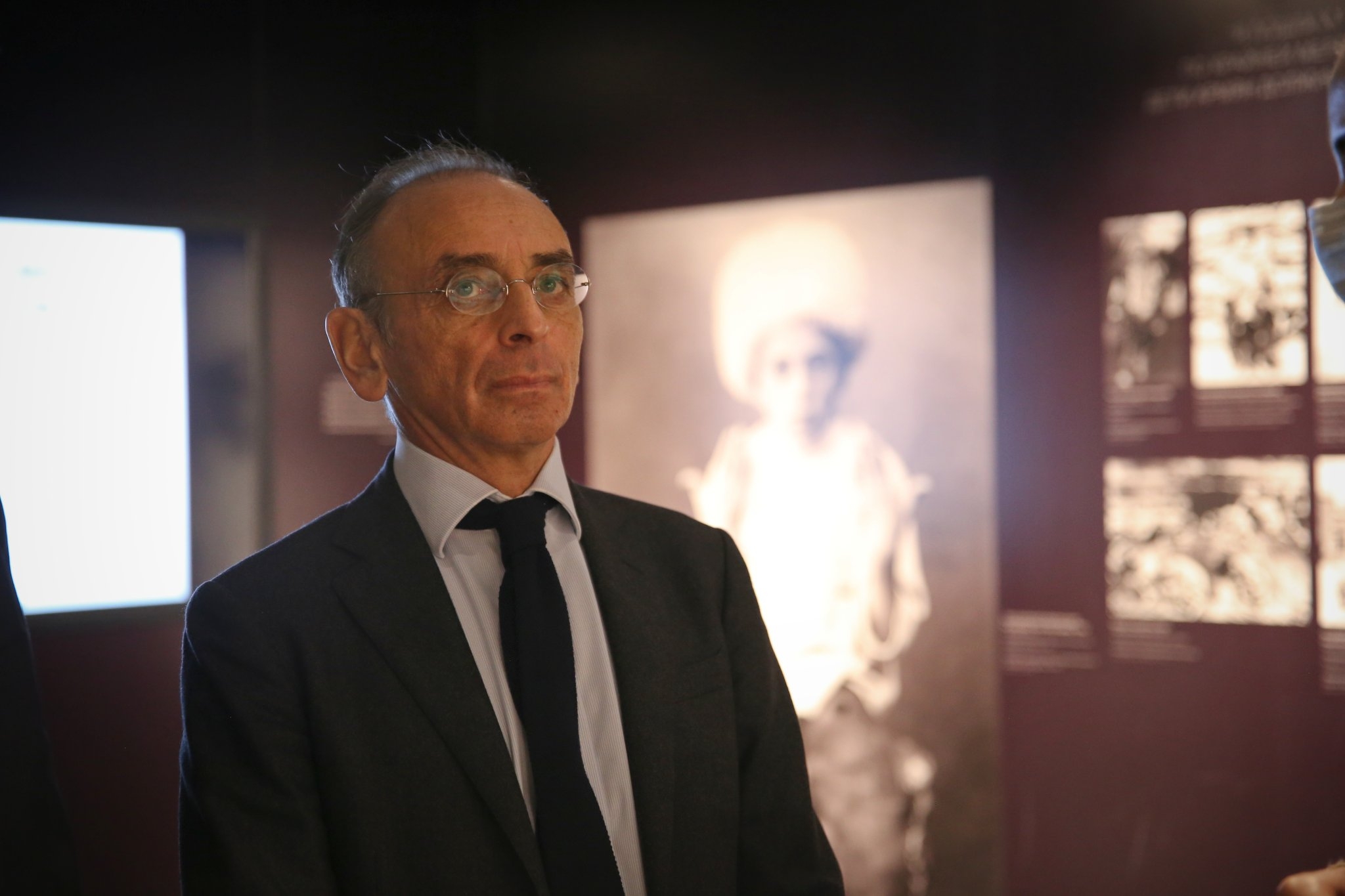 French far-right presidential candidate Eric Zemmour has paid a visit to Armenia, gaining relatively little attention inside Armenia but sparking controversy among France’s Armenian diaspora for his attempt to use the country as part of his Islamophobic campaign.

Zemmour arrived in Yerevan on December 11 and was greeted by a group of about 20 protesters, including French Armenians living in Armenia, shouting “Racist!” and holding signs reading “Not welcome, Eric Zemmour,” SudOuest.fr reported.

“We are here to inform the Armenians about Eric Zemmour,” said one of the protesters, Chiriné Orguekian, a 25-year-old French woman. “He’s a very dangerous man, he’s a fascist.” Another protestor, 31-year-old biologist Gueorgui Vardanian, told journalists: “His visit is a manipulation to get more votes from French Armenians during the presidential election.”

France is home to an estimated 500,000 ethnic Armenians.

Zemmour’s visit to Armenia has been relatively low profile, but he has tweeted photos of his meetings with a senior church leader and business groups. He visited Yerevan’s Tsitsernakaberd genocide memorial and the Khor Virap monastery near the border with Turkey. At the latter, he tried to shoehorn Armenia’s conflicts with its neighbors into the anti-Muslim narrative that he is campaigning on in France.

“Armenia is in danger,” he said on his December 12 visit to the monastery. “It was already a martyr land during the time of the Ottoman Empire and massacres like the Armenian genocide. Again, this country is harassed, by its neighbor Azerbaijan and Turkey behind it. We are here at the heart of the war of civilization.”

They pointed out that while Zemmour tries to curry favor with French Armenian voters, he had earlier opposed a law that bans denial of the Armenian genocide.

“Why is Eric Zemmour, who is against criminalizing the denial of the Armenian-Greek-Pontic-Assyrian genocide, coming to Yerevan as a presidential candidate on his first foreign visit?” the writers ask. Zemmour and his allies “are using Christians to justify their Islamophobia,” the letter continued. “Armenia was at war. Not with Muslims but with Azerbaijan. […] The war in Artsakh was a political conflict, not a religious one.”

Armenia has lately become a cause célèbre among many European far-right figures. During last year’s war with Azerbaijan, a group of parliamentarians from Germany’s AfD party visited Armenia and Nagorno-Karabakh, accompanied by Armenian government officials and ruling party members of parliament.

But Armenia, wrapped up in an ongoing political struggle of its own, barely noticed Zemmour’s visit. If he met with any government or opposition political figures, it was not publicly reported.

The Armenian Revolutionary Federation – Dashnaktsutsyun party’s Western Europe bureau published a statement condemning Zemmour’s visit. “ARF will not accept that our history, culture, diaspora and the Armenian nation is used for racist interests,” it concluded.