From Samarkand to Seoul: Central Asian migrants in South Korea

“Here I feel safe and protected, people treat me with respect.” 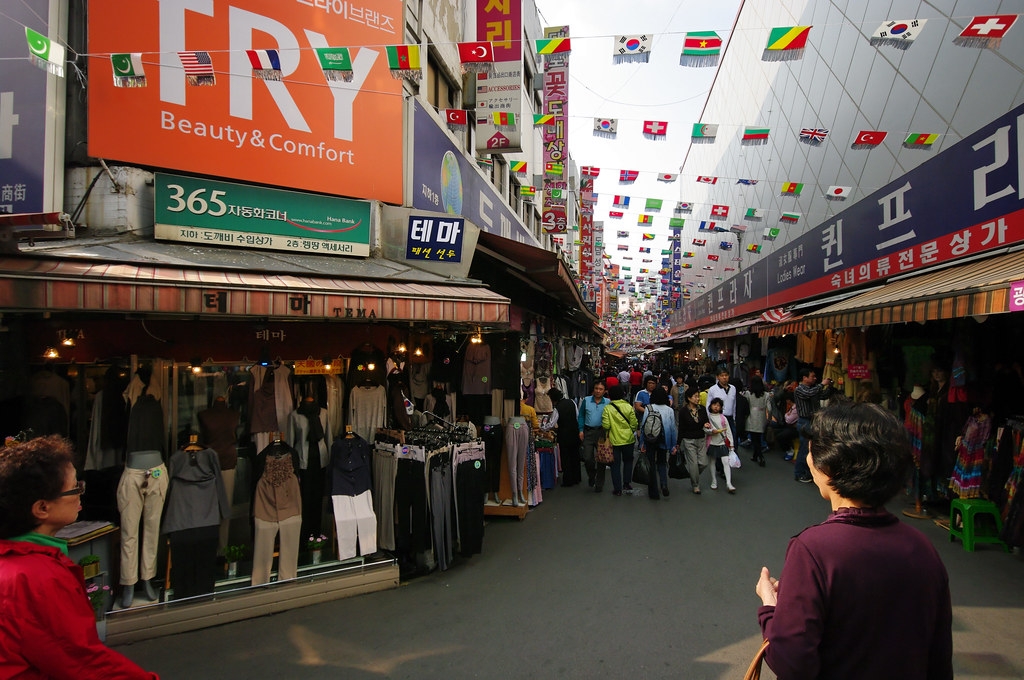 Every Friday after prayers, Chayhana Turkestan fills as men emerge from the makeshift mosque downstairs in the basement. The clientele at the restaurant is diverse: two Chechens pick up a takeout order, a group of young Kazakhs look through job announcements on their smartphones, while an Uzbek cook prepares a fresh batch of samsa in the kitchen.

The restaurant is one of many serving up typical Uzbek fare in the Wolgok-Dong district of Gwangju, South Korea’s sixth-largest city. Referred to as the Russkiy kvartal (Russian district) by its residents, the neighborhood is home to an estimated 8,000 migrants from the former Soviet Union. Signs in Cyrillic line the streets.

Starting with legislation in 2004, South Korea has gradually opened up to foreign laborers in two ways: by allowing foreign nationals of Korean heritage to live and work in the country, and by signing bilateral agreements with 16 countries, including Uzbekistan and Kyrgyzstan, to recruit workers. In addition, many Kazakh and Russian citizens take advantage of the visa-free regime to work in Korea’s extensive informal labor market.

Central Asian neighborhoods such as Wolgok-Dong are now common near industrial zones outside most major Korean cities.

Roman Kim, who was born and raised in Tashkent, relocated to South Korea three years ago. He doesn’t like being referred to as a migrant, however; he perceives the term as pejorative in his native Russian. As a member of the Koryo-saram community – the ethnic Korean population of Russia’s Far East that was forcibly relocated to Central Asia by Joseph Stalin in the 1930s – Kim identifies as a Korean compatriot.

But, like most Central Asian migrants, Kim arrived without speaking a word of Korean. He first tried various jobs in construction and manufacturing before moving permanently to Gwangju with his wife and children.

Today he’s the head of the Koryo-saram Association and often the first port of call for new Russian-speaking arrivals. Kim also administers some of the most popular chat groups for post-Soviet migrants on Telegram, WhatsApp, Viber and Facebook.

“It takes a lot of my time, but if I don’t pay close attention the threads start filling up with job offers from unverified and often shady employment agencies and intermediaries,” Kim explains, between answering a seemingly endless stream of messages and phone calls from Russian-speakers asking for advice on everything from marriage to how to open a business in South Korea.

As an ethnic Korean, Kim admits that his status is privileged compared to other migrants from Central Asia. “We [Russian-Koreans] are a bit spoiled because we can be picky about what jobs we’d like to do. Undocumented migrants don’t have that luxury – they’ll take any job, for any amount of money.”

Whereas Kim sees himself staying in Korea permanently, other migrants from Central Asia are pursuing more short-term goals.

Take this job and shove it

“Build a house, buy an apartment and drive a Lexus – that’s what we’re here for,” says Rustam from Kyrgyzstan, describing why he came to Korea. Back in Bishkek, Rustam and his wife Tanya ran their own taxi company, but fell on hard times after the economic slump of 2014, which was provoked by the weak Russian ruble. With their new house still unfinished and money running out, Rustam decided to take advantage of his mother’s Korean heritage and give Korea a try, sponsoring his ethnic Russian spouse Tanya to join him six months later.

“As a former successful businessman, it felt quite degrading at first to be walking around in a herd begging for someone to give me a chance,” Rustam recalls. Most migrant workers are thrown into a sink-or-swim work environment with little preparation or instruction, Tanya explains: “When you arrive at a job site, you have around 20 minutes to figure out your task. If you’re too slow or clumsy, you’re out on the spot.”

Both Rustam and Tanya feel lucky to be working at the same factory producing laminate flooring, clocking 12-to-14-hour shifts, six days a week. Working such long hours comes with risks, as evidenced by Rustam’s bandaged index finger. After an accident at work, Rustam had to have his finger surgically reattached at the Ansan Hospital, which has earned a reputation as one of the best regenerative surgery units in the country, due in part to the constant inflow of injured migrant workers from adjacent industrial zones. Since he did not have health insurance, his employer covered all the medical and rehabilitation costs, but his extended medical leave has put a dent in the couple’s finances.

Despite the hardship, Rustam, who is half-Kyrgyz and half-Korean, would rather continue working in Korea than live somewhere else.

“In Russia, someone who looks like me is liable to get beaten up on the way to the supermarket for being a chernozhopy [a Russian racial slur]. Here I feel safe and protected, people treat me with respect.” Tanya, however, wants to return to Kyrgyzstan as soon as possible. She complains about getting paid less than her husband for doing the same work. “Working from sunrise to sunset, what kind of life is that? As soon as we have enough money to finish building our house, I’m on the first plane out of here.”

While long hours and difficult working conditions are the norm for most migrant workers, the undocumented are particularly vulnerable to exploitation.

Zhanna has been bouncing from one job to the next since arriving from Kazakhstan. Back home she had worked as a paralegal in a law office in the capital until one day her employer was arrested and she ended up without a job. On the spur of the moment, she decided to tag along with two friends heading to work in South Korea. While both friends were denied entry at the airport, Zhanna made it across the border without a hitch.

“I didn’t speak a word of Korean, so I just asked the first Russian-looking person I saw in the arrivals hall who told me take a bus to Gwangju and start asking around for jobs in the Russian quarter.”

Her first job at a laundry service was a grueling experience. Instead of the promised 12-hour working day, she worked up to 16 hours late into night in the August heat.

“In Korea, it’s considered inappropriate for a woman to bare her shoulders or show any cleavage, so I wasn’t allowed to wear a tank-top and had to work wearing a turtleneck. It was hell.” After a few weeks, she found a job as a housekeeper and waitress at a family-run café in a remote village in southwestern Korea, working 12-hour days with four days off a month, free room and board, and a monthly salary of 1.6 million won (about $1,350).

“I was treated really well by my sajangnim [boss in Korean] and samunim [boss’s wife in Korean]. I felt like I became a part of the family. It was a great deal, but after a few months I couldn’t take the isolation and boredom, so I’ve decided to try my luck somewhere else,” Zhanna explains while on her way to a new job at a hotel on the outskirts of Busan.

As an unmarried woman in her mid-30s with no children, Zhanna feels there is no place for her in Kazakhstan. Coming to Korea has been as much about making money as asserting her independence. “After everything I’ve gone through, I don’t see myself settling down in Kazakhstan,” Zhanna admits, hoping to avoid deportation from Korea for as long as possible, having overstayed her visa. Due to regular raids by immigration police, she is reluctant to take public transportation, relying exclusively on private and unofficial migrant-run taxi services.

“I know my luck will run out at some point, but after I leave Korea, I’ll find another country,” naming the Czech Republic as a possible destination.

Yan Matusevich is a journalist and researcher with a focus on post-Soviet migration. Sign up for Eurasianet's free weekly newsletter.