The two had found refuge in the Caucasus and garnered international media attention for their stories of escaping abusive male relatives. 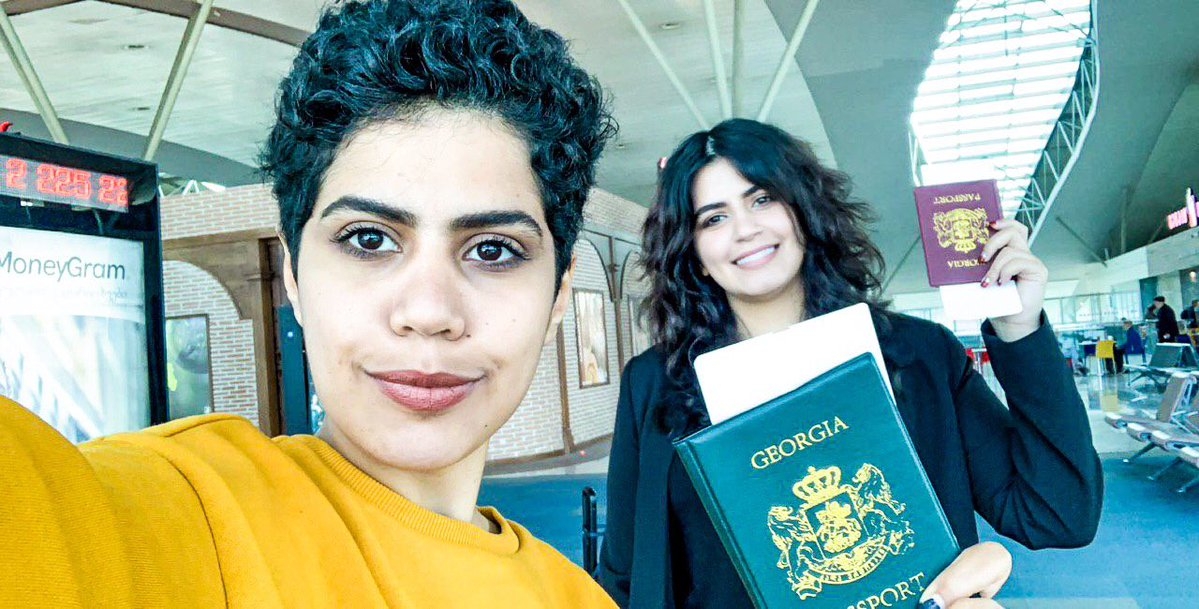 Two runaway sisters whose stories of a daring escape from abuse in Saudi Arabia put them in the international media spotlight are leaving their temporary shelter in Georgia for an undisclosed location in another country.

“We are thrilled to announce that we are leaving Georgia,” Maha and Waha al-Subaie wrote on their widely followed Twitter account, @GeorgiaSisters2. “We are on our way to start a new life in a new country.”

The 28-year-old Maha and 25-year-old Waha made international headlines when they emerged in Tbilisi, asking for protection from their family, saying that they suffered regular beatings from their father and other male family members. The Georgian authorities placed the sisters in a guarded safe house, but they said they still feared their male relatives could track them down in Georgia. “We are not safe here and we need to leave as soon as possible,” the sisters tweeted.

As they pled for help, the sisters railed against a Google- and Apple-enabled smartphone app that men use in Saudi Arabia to track and restrict movement of female family members. Saudi laws place women under birth-to-death guardianship of their fathers, brothers and sons, and the app helps the men exercise this control. The al-Subaie sisters said that they had to steal their father’s phone to get permission to cross the Saudi border.

Having escaped Saudi Arabia they first traveled to Turkey and then by land to neighboring Georgia. They booked a flight to Belarus, but were not allowed to leave the Tbilisi airport because border officers suspected them of being illegal migrants. After Waha and Maha’s pleas for help attracted international attention, Georgian authorities vouched for the two women’s safety.

Canadian Prime Minister Justin Trudeau offered the sisters asylum in Canada, but it is unclear if Maha and Waha took up the offer. “We will not publish the details of our new arrangement or location for obvious reasons,” the sisters wrote, encouraging journalists to cover the plight of women in the patriarchic Islamic kingdom.