The territory has imposed price controls and rationing, and Azerbaijan has demanded that it be allowed to set up border and customs checkpoints on the road connecting it to Armenia. 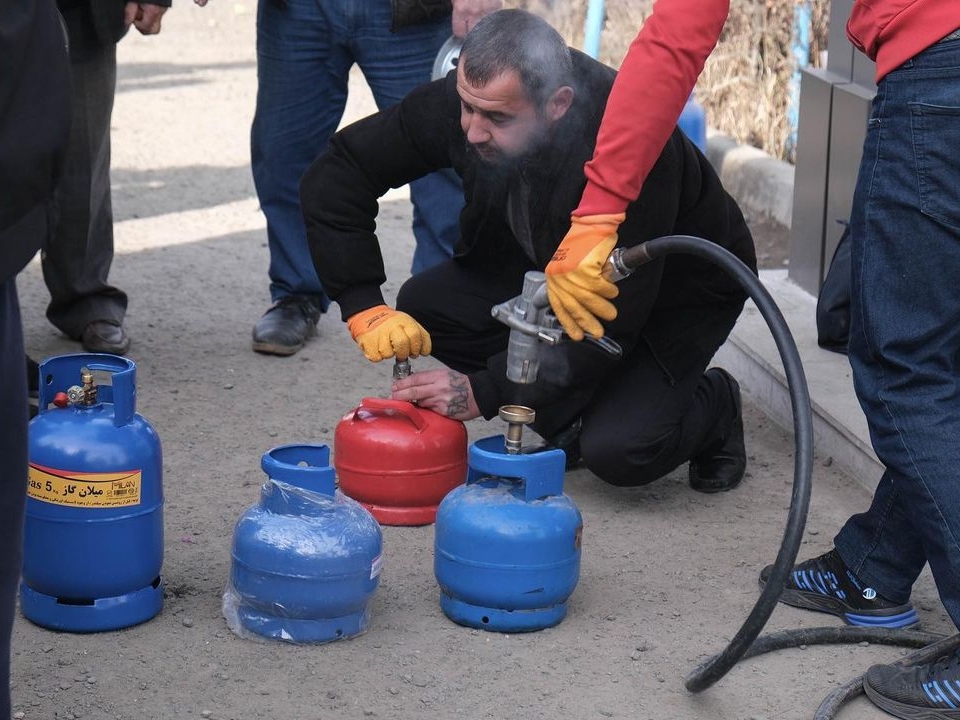 On the fifth day of an Azerbaijani blockade of Nagorno-Karabakh, the supply of natural gas was restored but reports that the road would again be opened to traffic proved premature and the territory remained cut off from the rest of the world.

Leaders of the self-proclaimed Nagorno-Karabakh Republic announced on the morning of December 16 that natural gas supplies had resumed. The gas had been cut on December 13, leaving the tens of thousands of residents without the means to heat their homes. Officials blamed Azerbaijan for shutting off the gas supply; the territory’s gas is supplied from Armenia but via a pipeline that passes through territory that recently returned to Azerbaijani control.

Initial reports suggested that the road, which has been closed as a result of an Azerbaijani government-sponsored protest since the morning of December 12, also would be opened.

“I want to say that the road could be opened today as well,” said Ruben Vardanyan, the territory’s new state minister (a position akin to prime minister), after announcing that Azerbaijan had restored the gas supply. “They made this decision because they felt what kind of a mistake they'd made, because they were under much pressure both internally and externally. I want to thank those who supported us in various countries.”

Within hours, though, officials walked back that announcement.

Instead, Azerbaijani officials introduced new demands: that Azerbaijan be allowed to establish its own customs and border control posts on the Lachin Corridor, the only road connecting Nagorno-Karabakh to Armenia and the rest of the world.

“The Lachin road has recently become a means of transporting illegal weapons and criminal activity,” said Tural Ganjaliyev, an Azerbaijani member of parliament representing Karabakh, at a December 16 session. “These abuses must be stopped and appropriate customs and border checkpoints should be established on the Azerbaijan-Armenian border.” His call was echoed by several other members of parliament and repeated demands that had been made in recent days by the Azerbaijani protesters on the scene.

Meanwhile, Azerbaijani officials also announced the failure of talks with the Russian peacekeeping force charged with security on the road over allowing access into the territory.

With no end to the standoff in sight, Karabakh is operating under new martial law provisions instituted on December 14 by Arayik Harutyunyan, Nagorno-Karabakh’s de facto president. Under the new regime merchants were forbidden to increase prices on food, medicine, and other essential goods, and some rationing procedures were instituted. Shoppers were forbidden from buying more than two loaves of bread per trip. Long lines formed at some gas stations.

On December 14, Armenia appealed to the European Court of Human Rights to demand that it apply measures against Azerbaijan to unblock the road. On December 16, the Armenian representative at the court, Eshishe Kirakosyan, reported that the ECHR had ruled that it had given Azerbaijan until December 19 to reply, after which it will make a decision.