Gay love story premieres in a Georgia under siege

The Oscar-nominated “And Then We Danced” faced violent opposition from far right groups, and police were forced to guard theaters throughout the weekend. 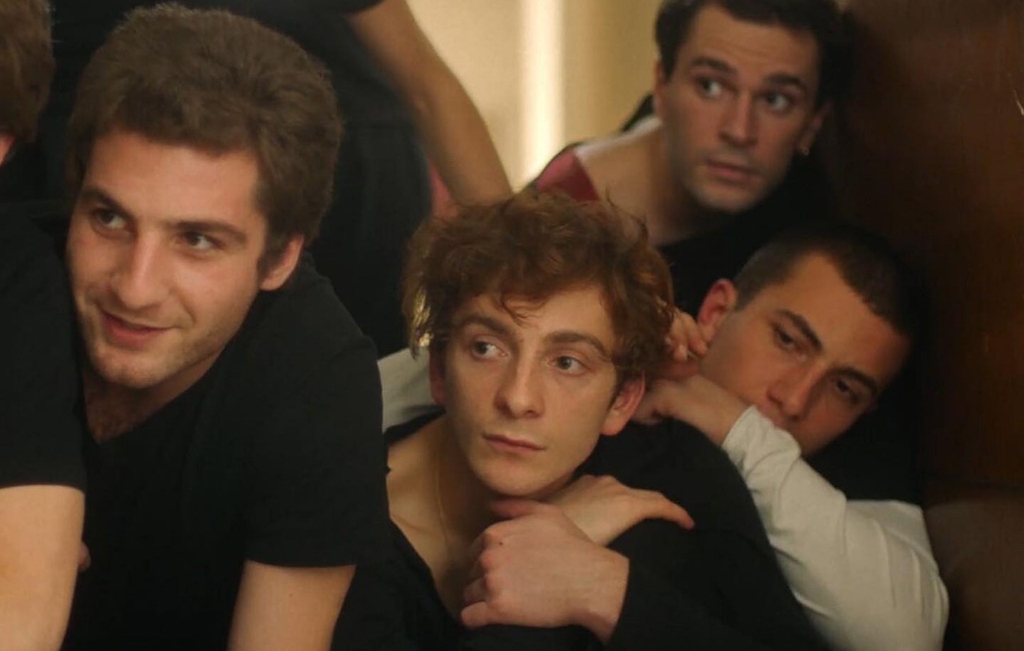 The film’s protagonist, Merabi (center), played by Levan Gelbakhiani. (“And Then We Danced” Facebook page)

No movie screening in Georgia’s film history – and possibly the world’s – has had to be guarded by cordons of riot police for three consecutive days. But such went the premiere over the weekend of the Georgian gay love-themed “And Then We Danced.”

At the Amirani cinema in central Tbilisi, police in full riot gear closed the busy street in front of the theater, an alleyway in the back and a veranda above, in an attempt to separate the homophobic mobs from filmgoers. Regular police were also deployed in the theater vestibule for additional security as protesters repeatedly tried to storm the building.

The premiere was an immersive experience for those who braved the harassment and threat of violence to see the film, a tale of two male dancers falling in love in a hostile, conservative environment. “We are witnessing a peculiar moment in cinema history: what is happening in a film is also happening outside a movie theater,” film critic Gogi Gvakharia wrote in an article for RFE/RL’s Georgian service. “The difference is that there is a lot of love on the screen and a lot of hate out in the street. Let’s see which one prevails in Georgia.” 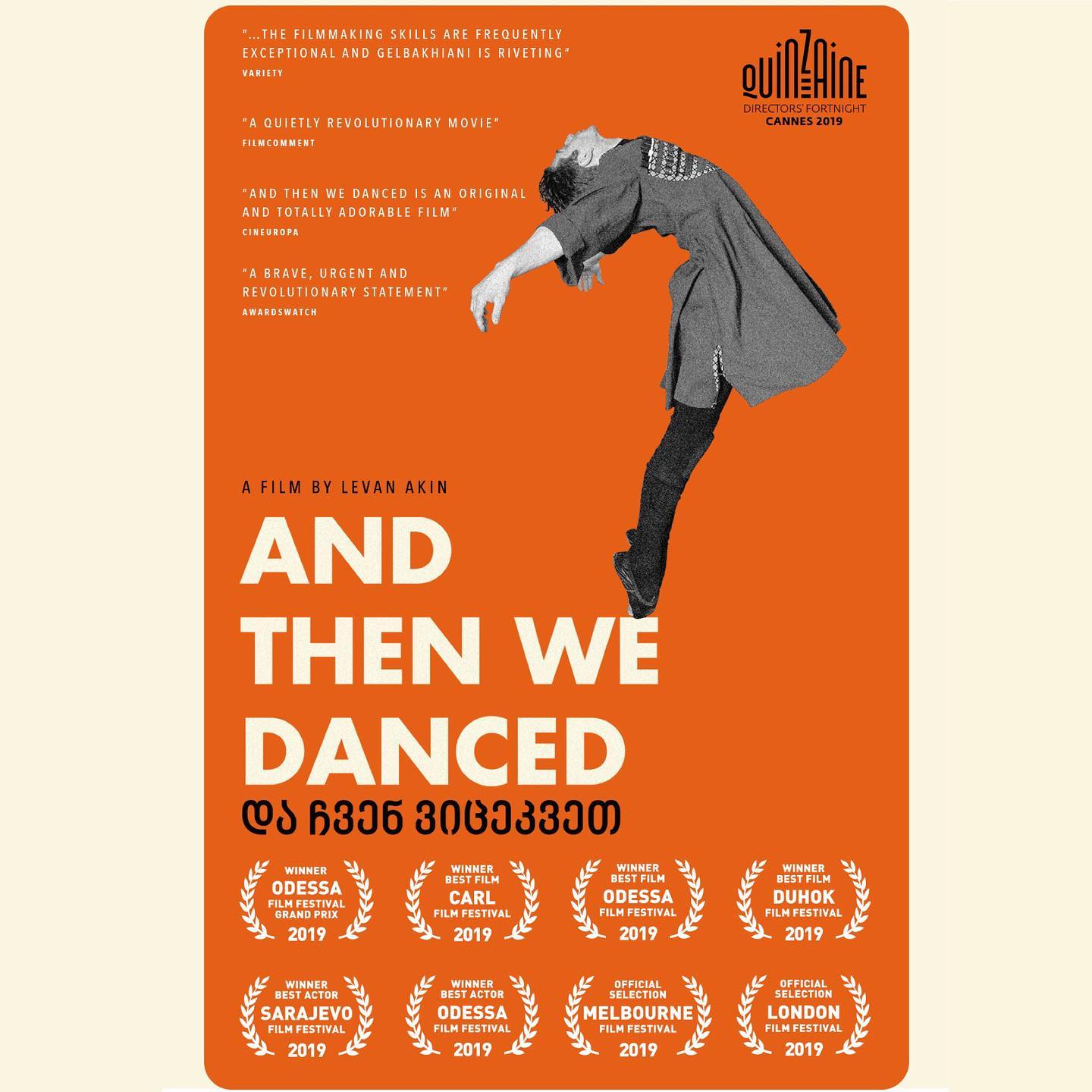 Directed by Levan Akin, a Swedish filmmaker of Georgian descent, the film tells the story of two young Georgian men exploring their feelings in the macho world of traditional dance. The opening scene sets the tone for the entire film, as a hard-nosed instructor tells his class that “Georgian dance is based on masculinity.” Making clear that there is no room for male femininity in Georgian dance (read: in Georgia as a whole), the teacher goes on to instruct a new male member of the troupe to remove an earring.

The newcomer, Irakli (Bachi Valishvili), and the protagonist Merab (Levan Gelbakhiani) start as competitors but become lovers in the gentle and atmospheric coming-of-age drama set in the intense world of Georgian traditional dance.

“I made this film with love and compassion. It’s my love letter to Georgia and to my heritage,” Akin wrote on Instagram, adding that “it is absurd that people who bought tickets need to brave and risk getting harassed or even assaulted just for going to see a film.”

Activist Anna Subeliani was attacked with rocks, her face bloodied, outside Amirani on opening night. She had to be hospitalized. The leader of the opposition Republican Party Davit Berdzenishvili also was attacked as he answered journalists’ questions.

Police made several arrests, but still faced criticism for failing to effectively protect filmgoers and to prosecute the violent groups and their leaders. As in previous cases of threats and actual violence against LGBTQ groups and their supporters, leaders of the radical groups have not been prosecuted.

“We call upon the government to unequivocally support the spirit of tolerance and to warn potential violators of the legal consequences,” wrote a group of Georgia’s leading human rights groups in a statement. They also criticized Georgia’s influential Orthodox Church for condemning the film, thus helping to fuel the violence.

“And Then We Danced” did hit at the very heart of deep-seated cultural tensions. The fight for LGBTQ rights is the central battle in a fierce culture war between traditional and modern values in Georgia and ultraconservatives were particularly incensed by the association between homosexuality and traditional dance, one of Georgia’s most treasured traditions.

“We have gathered here … to protect our national heritage, our spiritual treasure from an extreme debasement,” said Levan Vasadze, a businessman known for his homophobic activities, as he mobilized supporters in a park before leading them toward Amirani theater on opening night.

Georgia’s film community passionately defended the movie. “What we are seeing today is total insanity,” said prominent Georgian actor Jaba Kiladze in an emotional TV interview. “In the 21st century, can a modern man seriously be saying that we need to go beat up one group of people and clean the world of sin?”

“This film is about human equality and about loudly asserting personal identity,” said the Georgian National Film Center in a statement. “Humankind has made massive sacrifices to defeat racism and fascism … and it will also defeat xenophobia, misogyny and homophobia.”

Georgian art critics heaped praise on director Akin and, especially, on lead actor Gelbakhiani for his nuanced performance both as an actor and a dancer. Even critics who saw a hint of cultural exoticization in the film still opted to focus on its merits to support it through the vicious campaign of hate.

“The campaign of censorship not only prevents viewers from attending the film, but also prevents me from judging the film based on its artistic value,” wrote filmmaker Ana Dziapshipa in her review on the website AT. Dziapshipa drew parallels to the iconic Georgian film “Repentance,” a study of Soviet totalitarianism that struggled with state censorship when it was released in the 1980s. “In the future, when people will watch this film [“And Then We Danced”], they will also view it as landmark piece and behind it they will see a story of persecution, censorship and, hopefully, victory.”

The film has already scored a victory by being nominated for next year’s Academy Awards.

Despite the attacks, Georgia’s embattled gay community saw the screening as a victory. Calling the film a "watershed," gay rights activist Giorgi Kikonishvili told Eurasianet it would "significantly change public attitudes not just toward gays, but toward other people, cultures and traditions."

Akin said the film had already won in Georgia.

"I feel so much pride that none of the theaters backed down or cancelled any of the scheduled and sold-out screenings, but stood in solidarity with it,” Akin said in another Instagram post. “The Georgian audience finally got to see the film. This fight is far from over and I am so inspired and moved by all the brave moviegoers who stood their ground and would not be intimidated."