Gender and the Bolsheviks: A Contested Legacy 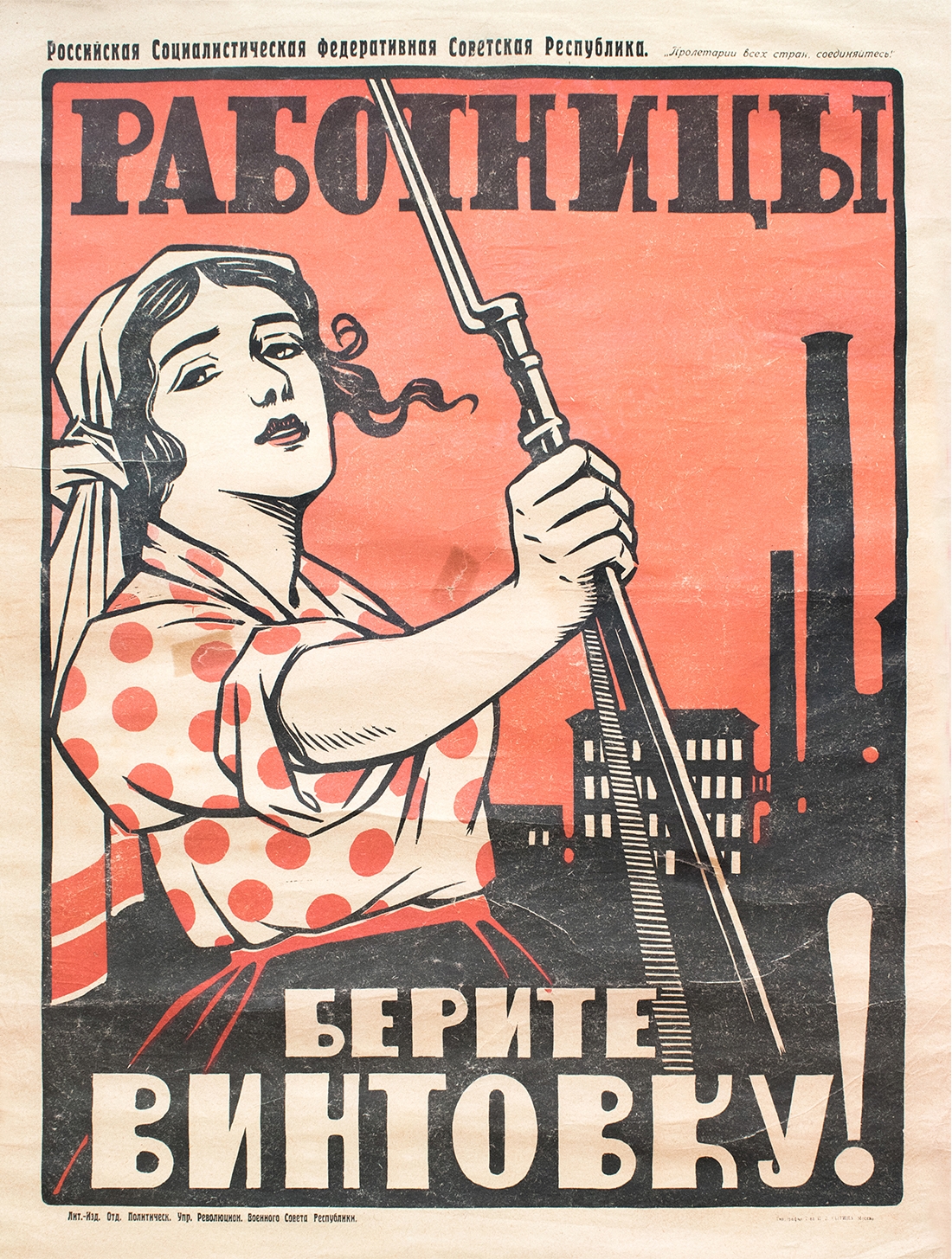 While genuine gender equality was often not achieved, it is undeniable that the October Revolution left its mark on women’s lives across the former Soviet world in ways that continue to resonate today. (A Soviet poster)

Since the disintegration of the Soviet Union, one of the most contested aspects of its legacy is communism’s supposed emancipation of women.

Earlier this year, a University of Pennsylvania professor, Kristin Ghodsee, wrote in the New York Times that ‘women had better sex under communism,’ as state-imposed gender equality in the workplace liberated them from the daily concerns of working women under capitalism.

Within the Soviet Union itself, women writers and commentators questioned the notion that Soviet-style equality was all it was cracked up to be. Natalia Baranskaia’s famous 1969 novella A Week Like Any Other detailed the daily grind of a female scientist with two children, who toiled 18 hours a day to keep her boss happy and her children fed and washed. Was this what equality was meant to be?

It is no surprise that early Bolshevik policy promised to liberate women from gender-related oppression. The notion that women’s exploitation was a corollary of capitalist exploitation was a central tenet of Marxism since at least the 1884 publication of Friedrich Engels’ The Origin of Family, Private Property and the State. According to Engels’ interpretation, the concept of family that made women subservient to men was a direct outgrowth of the concept of private property. With the abolition of capitalism, the social impetus for women’s oppression would also supposedly disappear.

After 1917, the Bolsheviks embraced this approach. But, as with so many things, they were not willing simply to let women’s emancipation evolve in a natural manner. Instead, they instituted a raft of legal, social, medical and educational reforms that were designed to remake the Soviet woman as a liberated member of the collective.

Key to these reforms was the immediate change in the family law code, which in tsarist times had made it almost impossible for women to divorce abusive husbands, or to obtain redress from men who abandoned families. Just a year after the Bolsheviks took power, the government enacted a new ‘Code on Marriage, the Family and Guardianship.’ This code notably enshrined marriage as a civil, not religious act. It also mandated the equality of men and women before the law and allowed for divorce at the request of either spouse. This was by far the most radical family code enacted in its time, not just in Russia but also across Europe. Two years later, in 1920, the Soviet Union legalized abortion, giving women unprecedented control over their own reproductive systems.

Prominent female Bolsheviks called for even more radical change. Most famous was Aleksandra Kollontai, one of the founders of the Bolshevik women’s department, the ‘Zhenotdel’. Kollontai argued that women would not be truly free until childrearing and housework were tasks performed collectively. She argued for women’s liberation not only from unequal legal structures, but also from domestic drudgery (a famous Bolshevik poster declared: ‘Down with the slavery of the kitchen!’).

Kollontai also argued that institutionalized monogamy contributed to women’s problems. For this reason, she was often dismissed as someone who believed sex should be as easy as ‘drinking a glass of water.’ While Kollontai was more radical than many of her Bolshevik peers, her belief that gender equality needed more than just legal reform was echoed in a number of government-sponsored ‘enlightenment’ campaigns. Posters, films and plays were used to spread the a number of new ideas; that it was unacceptable to beat your wife; that women should be as educated as men; and that sexual harassment in the workplace was impermissible.

Despite these lofty ideals, the reality of Soviet life was far from equal. The ease of divorce seemed to leave women high and dry, as men found it easier to escape domestic obligations now that a divorce was as easy as ‘sending a postcard.’

While abortion was legal, it was not advocated for on the basis of a woman’s right to bodily integrity. Rather, it was treated as an unfortunate necessity, required to avoid the medical trauma caused by underground terminations.

While public figures like Kollontai critiqued compulsory monogamy and the Bolshevik state helped to decriminalize prostitution, by the late 1920s the Soviet police were suggesting that armies of ‘professional prostitutes’ were spreading venereal disease and social degeneration. Women suspected of selling sex were arrested and even executed as part of the notorious sweeps of ‘socially harmful elements’ that accompanied Stalin’s Great Terror.

Was the Soviet Union’s Sexual Revolution therefore a failure? Historians are split on the issue.

On one hand, the legal changes that theoretically liberated women in the 1920s often seemed to hurt them in practice. Furthermore, many of the most lauded changes that occurred in the 1920s were reversed or diluted under Stalin. For example, a new family law in 1936 made divorce more difficult to obtain, recriminalized abortion, and re-emphasized the value of the nuclear family.

On the other hand, the ubiquitous language of emancipation and liberation certainly changed the way that women saw their place in the world. The historian Anna Krylova has argued that the 1930s saw the rise of the Soviet female soldier, or the ‘professionally violent woman,’ a figure who troubled the boundaries between male aggression and female passivity. Many women pushed back vocally against the decriminalization of abortion, and, ultimately, it was legalized again in 1955, following Stalin’s death.

Whatever way the issue is evaluated, the attempt to upend traditional gender relations inaugurated by 1917’s October Revolution has an on-going legacy. On many levels, it failed to live up to the lofty promises of abstract Marxist theory. Women experienced the ‘double burden’ of high involvement in the workforce and continued expectations that they should be homemakers. Meanwhile, problems such as statistically high rates of domestic violence were swept under the rug. After the fall of the Soviet Union, legislators reformed the law regarding domestic violence to make it an aggravated assault, which was a criminal rather than an administrative offence. However, this position was recently reversed under pressure from conservative lawmakers such as Elena Mizulina, a development that occurred with the support of the Russian Orthodox Church. Thus, in Vladimir Putin’s Russia, religious conservatism is somewhat ironically often reconciled with calls to return to a particularly Soviet way of viewing gender relations.

At the same time, the radical discursive shift of 1917 made the language of emancipation possible and Soviet women seized on that to mobilize and argue for greater justice. The Soviet state’s ability to provide basic economic needs and support for working mothers made women less financially dependent on men in comparison to capitalist societies. While genuine equality was often not achieved, it is undeniable that the revolution left its mark on women’s lives across the former Soviet world in ways that continue to resonate today.

Philippa Hetherington is Lecturer in Modern Eurasian History at the School of Slavonic and East European Studies at University College London. Her research focuses on the cultural, social and legal history of imperial Russia, and the early Soviet Union in global and transnational contexts, as well as comparative legal history, feminist and queer theory, and the cultural history of the fin-de-siècle. She was trained at the University of Sydney and Harvard, and has taught in the US, Australia and the United Kingdom.