Georgia: A solitary peacekeeping mission on the edge of Europe 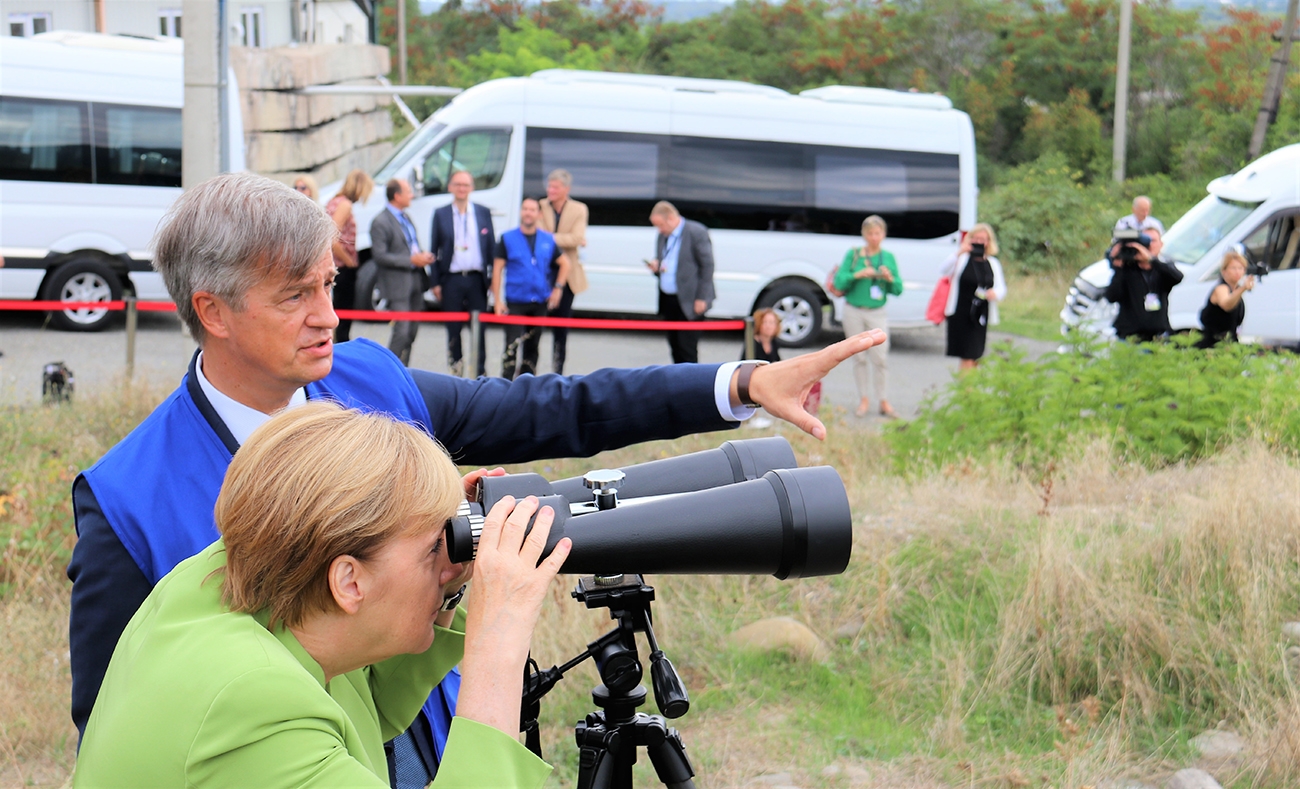 For nearly a decade, peacekeepers backed by the European Union have kept watch over a shaky peace at the far corner of Europe – along the contested boundary left after the Georgian-Russian war. The patrol is the EU’s only peace mission of its kind. It also remains the only dispassionate witness and deterrent to flare-ups in a region taut with ethnic tensions, unpredictability, and unclear borders.When the EU brokered the ceasefire between Georgia and Russia in August 2008, it also took upon itself the task of monitoring compliance, setting up a 200-person contingent known as the European Union Monitoring Mission (EUMM). But Russia developed its own plan: It declared the disputed territories of Abkhazia and South Ossetia independent states, gave them its full military protection and effectively barred all international monitoring inside them.

Moscow’s veto ended the consensus-based, long-standing peacekeeping operations in the two Soviet-era administrative regions. Until 2008, the regions – which broke away from Georgia just after Georgia broke away from the crumbling USSR – had been monitored by both the United Nations and the Organization for Security and Cooperation in Europe (OSCE).

“Now we are the only international presence, which means that we […] are the eyes and ears of the international community in a wider sense,” Erik Høeg, head of the EUMM, told Eurasianet.

But unlike the previous missions, the EUMM is not allowed into Abkhazia and South Ossetia. It does its monitoring from the Georgian-controlled side. When German Chancellor Angela Merkel visited Georgia in late August and joined the patrol, she, just as the patrollers do, had to peek through binoculars to take a look at South Ossetia. 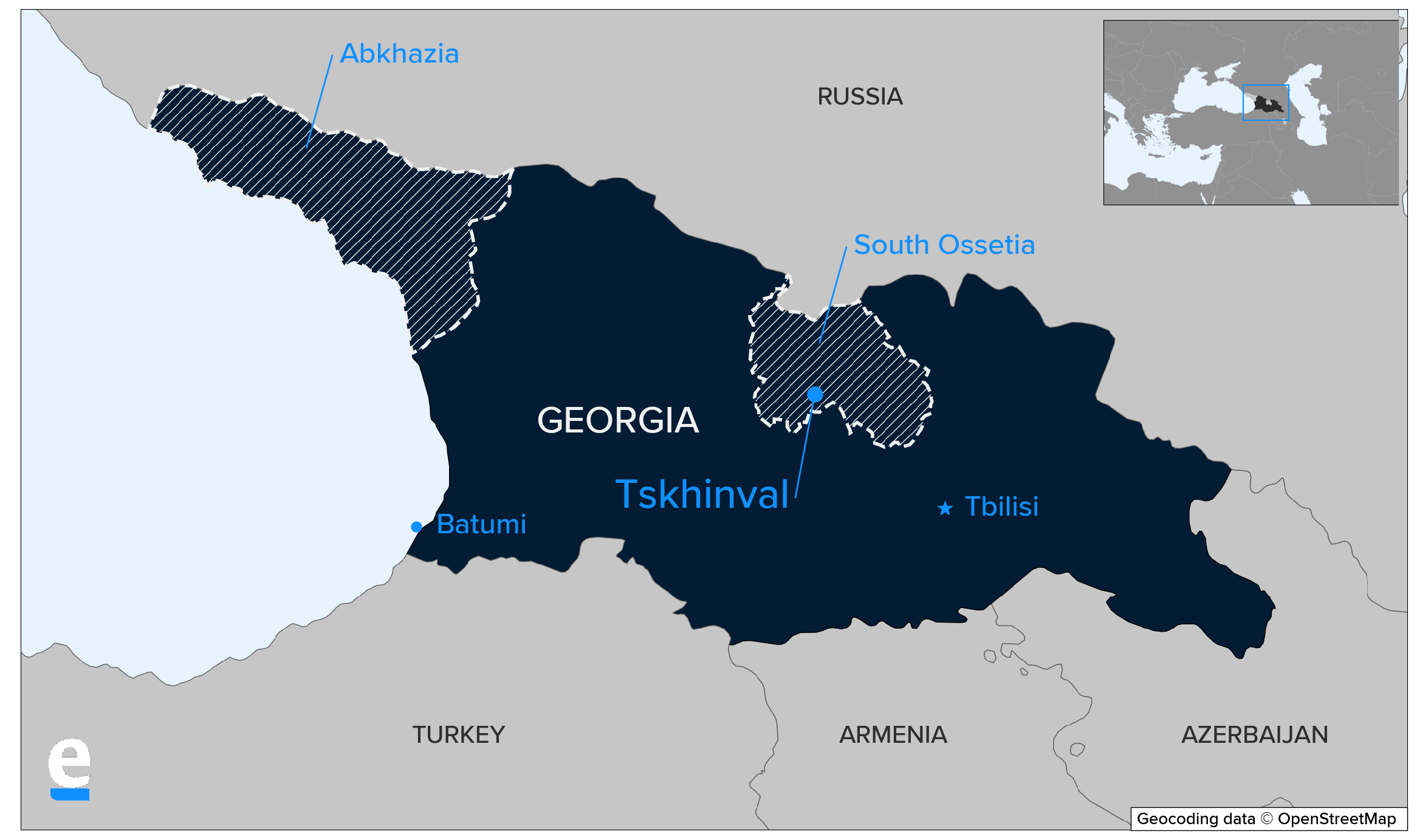 Headquartered in the OSCE’s former Tbilisi building, EUMM has field offices near the two flashpoints. It dispatches daily unarmed patrols to observe and mitigate incidents across the line that divides Georgia from the separatist regions, a line defended heavily by Russian troops.

“We have a number of patrols every day. They vary, some days it's 11 or 12, some days 16,” Høeg told Eurasianet. “These patrols then come back and report their findings.” The findings are combined into reports for European capitals and also are reviewed at internationally meditated peace talks focused on preventing escalations in the regions. The mission also monitors Georgian compliance to the peace plan.

Russia’s Foreign Ministry, as well as authorities in Abkhazia and South Ossetia, did not respond to requests for comment.

“We have had 72 cases of arrests of Georgians at the South Ossetian ABL [administrative boundary line] just this year and sometimes we were able to negotiate humane solutions,” said Høeg. For instance, when the detained were elderly or sick, the EUMM was able to convince Russian border guards not to take the individuals to Tskhinvali, the South Ossetian capital.

To ensure the Georgians adhere to the boundary, Russian troops have been building a fence, walling South Ossetia off from the rest of Georgia. “From 2009 on we observed an increase in what we call borderization – the establishment of physical infrastructure that creates barriers for people moving: fencing, observation towers, surveillance equipment, controlled crossing points, patrolling,” said Høeg. “So the key finding that we saw through these years is the hardening of the ABL, as we call it.”

Tbilisi describes this as a “creeping annexation,” complaining that Russia keeps moving the border deeper into Georgian territory. Høeg sees the process differently: “Mainly, it is more about the line becoming more impenetrable, rather than [them] physical moving the boundary.” Until the 2008 war, farmers freely crossed their property when it straddled the South Ossetian separatist line. Now some find a Russian-built fence cutting through their property – even in some cases right through houses – taking bits of their land. “So for the people living there, the border has moved,” Høeg explained.

Perhaps the most unnerving incidents in recent years were the deaths of two Georgian men. One died mysteriously in South Ossetian custody last February; the other was shot by an Abkhaz border guard following a public argument in 2016. The incidents underscored Georgia’s and the observers’ limited ability to defend civilians.

But, despite these limits, the Georgian government is happy to have the monitors. “Although the mission is denied to enter [sic] the [Russian-] occupied territories of Abkhazia and Tskhinvali region (South Ossetia), it represents an important stabilizing instrument that, at the same time, contributes to confidence-building among the war-torn societies,” Georgia’s Foreign Ministry told Eurasianet in emailed comments.

“Besides, the mission represents an impartial and reliable source for the international society to get accurate information about the security and human rights situation on the ground,” the statement added.

Protected and endowed by Russia, the separatist regions have little incentive to negotiate their status with Georgia. But even so, the EUMM says, all sides involved do have an interest in maintaining daily stability.

There are quotidian matters such as shared irrigation systems and electricity supplies that the breakaway regions need to coordinate, however grudgingly, with the Georgians. “There can be simple matters like a cow is missing and, it turns out, it went to the other side,” Høeg said, adding that the EUMM helps facilitate such discussions, leaving aside the question of a long-term solution. “We call it managed stability.”