Georgia advances anti-oligarchy laws while it debates who, exactly, is an oligarch

The EU demanded that Georgia “deoligarchize” as a condition of gaining formal candidate status. Parliament now is debating a law on how to get that done. 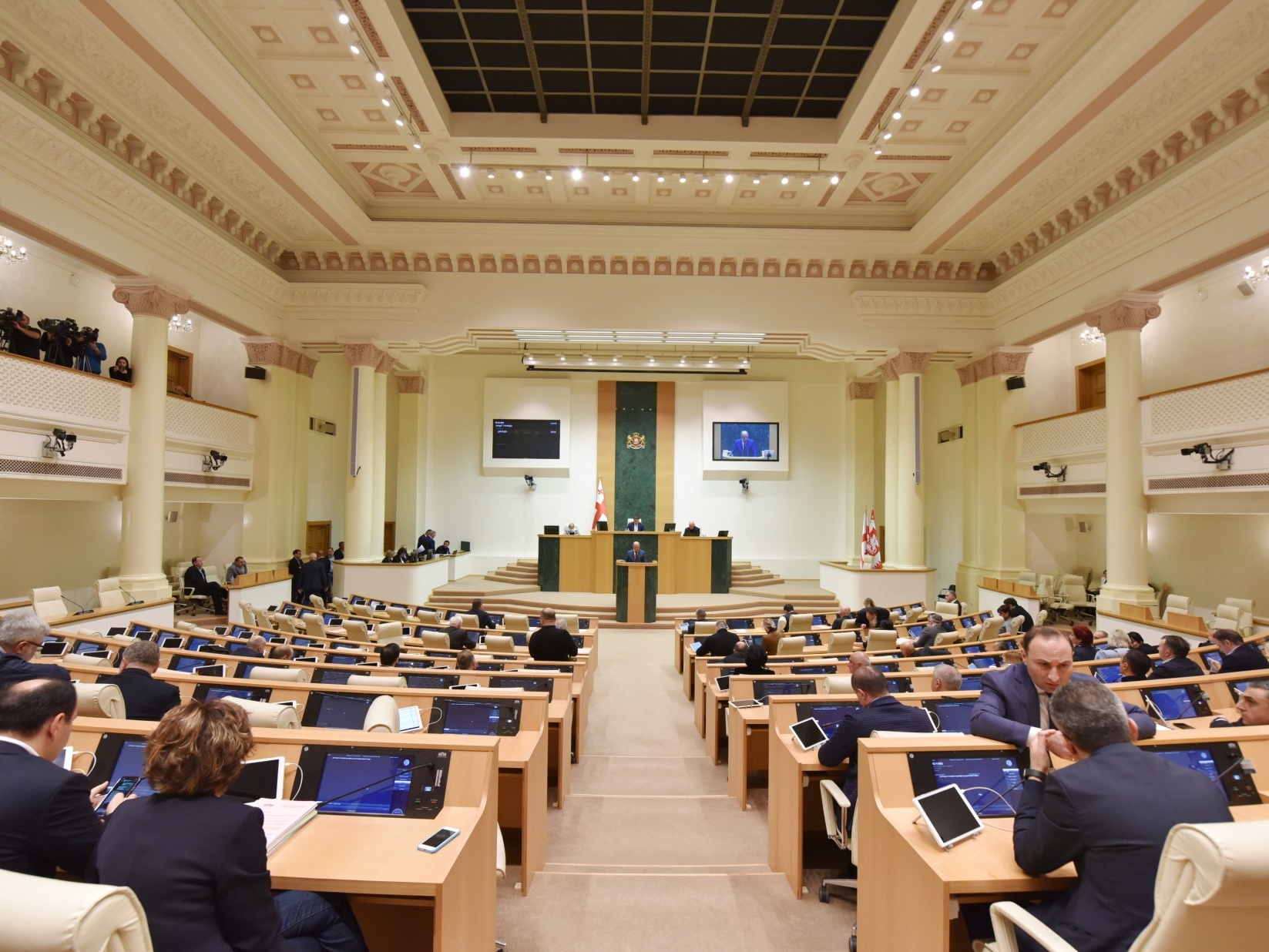 Georgia’s parliament has begun discussions of an anti-oligarchy law in hopes of passing something that will satisfy European Union demands that the country “deoligarchize.” But with the ruling party in the driver’s seat of the process, there are concerns that the law may end up enabling them to target government opponents.

When the European Union in June promised to award Georgia candidate status if the country fulfilled a number of conditions, perhaps the most controversial and unclear was that Tbilisi display a “commitment to ‘deoligarchization.’”

While the term “oligarch” is common in describing post-Soviet transitions in countries like Russia and Ukraine, in the Georgian context it’s less clear what the word might mean.

For many, there is one man who best fits the definition: Bidzina Ivanishvili, the founder of the ruling Georgian Dream party and still widely regarded as the behind-the-scenes ruler of the country. That view got an endorsement from Brussels this summer, when the European Parliament passed a resolution that referred to Ivanishvili as an oligarch.

Ivanishvili is a billionaire and the wealthiest man in Georgia, having made his fortune in post-Soviet Russia. But he claimed to have sold off his Russian assets upon entering politics in 2012.

In 2021 he announced that he was retiring from politics for good and since has disappeared from the public eye. He is still believed to make key personnel decisions, however, and erstwhile members of his close business circle – including Prime Minister Irakli Garibashvili – continue to hold high positions in the current government.

Nevertheless, Ivanishvili doesn’t fit the standard definition in several respects, and Georgian Dream officials refuse to consider the possibility that their party’s founder could be considered an oligarch.

“Ivanishvili does not engage in politics or any activity that can be subject to the restriction in any form,” one Georgian Dream member of parliament, Mikheil Sarjveladze, said on November 2.

Progress on deoligarchization is one of 12 conditions that the European Commission has asked Georgia to meet by next year, at which point they will judge whether the country has made enough progress to deserve formal candidate status. But EU officials have so far provided little clarity on how exactly the deoligarchization process should take place.

“The issue is very simple. And this is not an issue that is only unique to Georgia. This issue is quite common in all post Soviet space. There are vested interests, and there is too much influence of business upon politics,” Pawel Herczynski, EU ambassador to Georgia, told Interpressnews in September, when asked about deoligarchization. “It's for Georgians to decide, and we sincerely hope that progress will be made also when it comes to this issue.”

Georgian Dream deputies introduced a draft law in October, and on November 3 it passed its first reading. It is closely modeled after anti-oligarchy laws adopted last year in Ukraine.

But opposition leaders claim that the law is ill-suited to the local context and would spare Ivanishvili, who they say is the country’s sole oligarch, while giving the government the tools to go after political rivals instead.

“Georgian Dream tries to brand as an oligarch every wealthy person who is willing and interested to participate in politics,” said Mamuka Khazaradze, a founder of the biggest bank in Georgia and now leader of the opposition Lelo for Georgia party, wrote on Facebook on November 2. “They are trying to distort and upend the concept of oligarchy, and by introducing the new law, destroy the business class in the country, and make people hate successful people – business people who create workplaces, bring investments, make the country’s economy work.”

The bill defines an oligarch as “a person having significant economic and political weight in public life.” For parliament to designate an individual as an oligarch, the person would have to meet at least three of the following four criteria: participation in political life, having significant influence over the media, being an ultimate beneficial owner of a business that maintains a dominant market position, and having personal and business assets that exceed 1 million times the amount deemed to be the subsistence minimum in the country.

Those classified as oligarchs would be restricted from funding political parties, privatizing large-scale assets, and engaging in political activities. In addition, public officials would have to formally declare any contact with oligarchs.

But the opposition fears that replicating Ukrainian laws will enable the ruling party to manipulate the criteria for the law to bypass its own founder. While Ivanishvili clearly has the wealth defined in the bill, the current level of his political participation, business ownership in the country, and control over media are all murky.

Opposition parties have been preparing their own bill, which according to local media reports would sharpen the definition of political participation to include being the founder of a party and having close associates holding public office, criteria better tailored to fit Ivanishvili.

But Georgian Dream leaders have been defending the integrity of their bill, citing European Union officials’ endorsement of the Ukrainian law.

“In Ukraine, they adopted a law that is not based on any kind of context. It thus meets objective criteria, is not tailored either to our or to the opposition’s interests,” Georgian Dream chairman Irakli Kobakhidze told reporters on November 2. “An oligarch is an oligarch in every country, the definition cannot be any different.”

The opposition’s fears about politicization of the law have been bolstered by ruling party officials’ naming of several opposition-linked figures as oligarchs.

Among those are former president Mikheil Saakashvili and Davit Kezerashvili, a former defense minister and founder of opposition-friendly Formula TV who fled Georgia after Georgian Dream took over in 2012 and was convicted in absentia on embezzlement charges.

Kezerashvili’s status as an oligarch candidate was given an inadvertent boost when Nika Melia, current chairman of the opposition United National Movement party, in September openly expressed concerns about Kezerashvili’s political influence.

The ruling party’s bill needs no opposition votes to advance and so seems destined to pass. The real deciding vote, though, remains with Brussels.