Georgia Again "Closer" To NATO. But Will It Ever Get There? 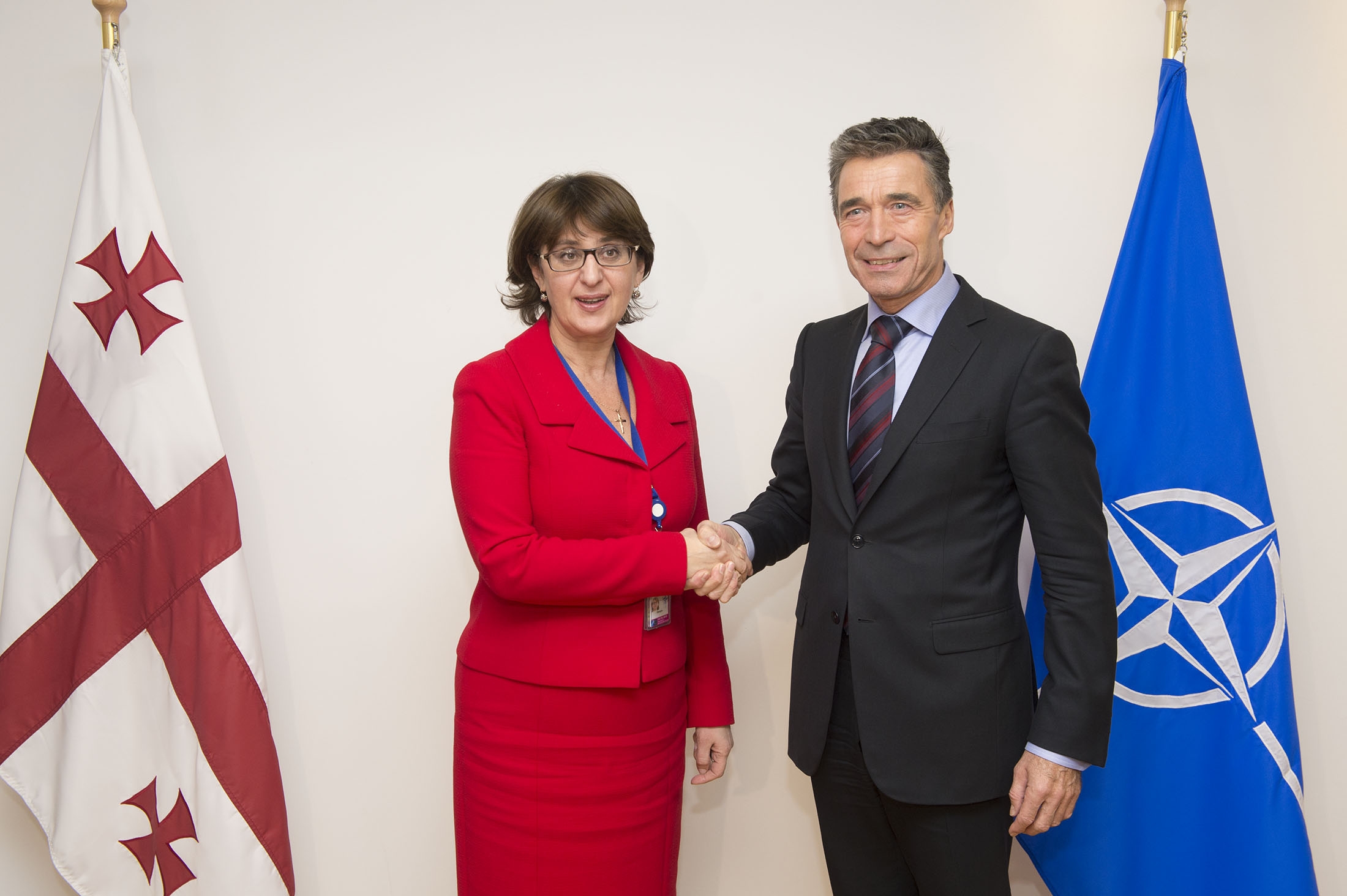 At this week's NATO foreign ministerial meetings in Brussels, the alliance's secretary general had effusive praise for aspiring member Georgia. Praising recent "free, fair and inclusive" elections, Anders Fogh Rasmussen said that "Georgia serves as a model for the wider region." And in his mostly widely quoted comments, he said that "In the five years since we created the NATO-Georgia Commission, Georgia has moved closer to NATO."

As one wag on twitter put it, Rasmussen's statement could as easily have been made in 2005 or 2007 as today. And indeed there is a bit of the Zeno's paradox to Georgia's NATO progress, continually getting "closer" while seemingly having to way to actually arrive.

And trying to play the spoiler, Russian Foreign Minister Sergey Lavrov was in Brussels as well. And in a press conference there he described NATO expansion as a continuation of the Cold War. Via Civil.ge:

Lavrov said that NATO enlargement, not only in the context of Georgia but in general, represents “continuation of Soviet-old inertial logic of the ‘cold war’.”

“It implies not only preserving the dividing lines, which we have all committed to remove, but it’s also implies moving them [these lines] further to the East, which fundamentally contravenes commitments that we have undertaken at the highest level on indivisibility of security,” Lavrov said. “No one should take steps creating risks to the security of partners.”

Lavrov made somewhat conciliatory remarks about the controversial border fences that Russia has been putting on on the de facto boundary between South Ossetia and Georgia proper, saying that fences "will not be needed as ‘hotheads’ cool down." It's not clear what he meant by that; Moscow's number one hotheaded foe, ex-President Mikheil Saakashvili, was already a lame duck when the fences started going up, and the new government in Tbilisi has made substantial efforts to repair ties with Russia. Still, it's interesting that he suggested that the fences are temporary.

Rasmussen also was asked how Georgia can square NATO integration with better relations with Russia:

Many nations are at the same time members of NATO and they have an excellent relationship with Russia. I would argue that actually all 28 NATO Allies, at the same time, do have a special partnership with Russia. Let me just remind you that we have a very special forum, the NATO-Russia Council. Russia is the only country with which we have a special council. Within that council, we discuss many things: issues on which we agree. We discuss practical cooperation as well as issues where we disagree. It is a very special partnership. And there's no contradiction between being a member of NATO and at the same time being able to have such a relationship with Russia.

That rosy assessment of NATO-Russia relations is unlikely to change too many minds in the Kremlin, though.

At this point, the protracted Georgia-NATO-Russia discussions are taking on a bit of a theatrical air. Georgian NATO membership isn't impossible, but it would take a dramatic change in the current geopolitical circumstances for that to happen. And while all three parties probably know that, all have an interest in continuing to pretend that the prospect is real. For Georgia, appearing to get close to the West is important both for domestic political reasons and for its international image. For NATO, an organization without a clear purpose, that it still has ardent suitors like Georgia make it seem relevant. And for Russia, the building up of a threat -- especially a paper tiger like NATO -- helps the Kremlin's efforts to present itself to its population and to the world as a strong geopolitical power. So don't expect the farce to end any time soon.