Under the ambitious plan, Tbilisi would work directly with locals in the breakaway regions. 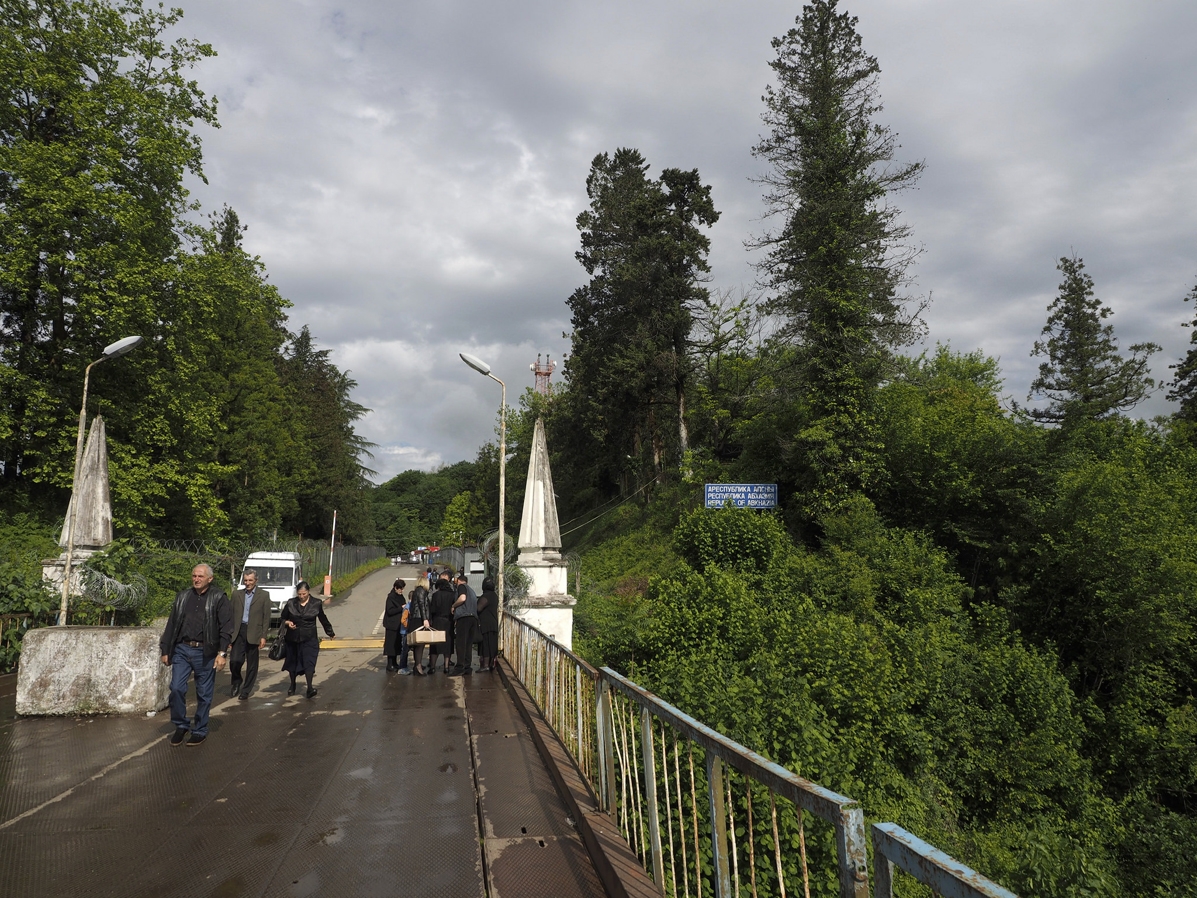 The Georgian government has unveiled an ambitious new project to reintegrate its erstwhile citizens in Abkhazia and South Ossetia.

The plan aims to expand access to Georgia's economy and education system to the people of the two breakaway regions, which separated from Georgia during civil wars of the early 1990s and since then have had less and less contact with Georgia proper. They have instead deepened ties with Russia, which provides significant economic aid to the de facto governments that control the territories, as well as passports, an open border, and other services necessary for Abkhazians and South Ossetians to access the outside world.

The new proposal, called “A Step to a Better Future,” is Tbilisi's most generous effort to date to try to reverse that loss of influence. It would open opportunities for Abkhazians and South Ossetians to go to school in Georgia proper, from the primary level to university. It also would establish mechanisms by which residents of the breakaway territories could export their goods using Georgia's free-trade regime with the European Union, and set up e-government services to simplify the bureaucracy of all this. And it would do so while sidestepping the fraught issue of the territories’ formal status – that is, by not forcing participants to declare that their “country” is Georgia, Abkhazia, or South Ossetia.

Prime Minister Giorgi Kvirikashvili and State Minister of Georgia for Reconciliation and Civic Equality Ketevan Tsikhelashvili formally rolled out the plan at a Tbilisi press conference on April 4. Along with the announcement, the government released two detailed policy documents laying out the plan.

Given the sensitivity of the issue – perceived appeasement of separatism is controversial among nationalist forces in Georgia – Tsikhelashvili had spent much of the last year ensuring acquiescence from skeptical members of government, as well as conducting off-the-record briefings for journalists and think tanks to pave the way for a positive public response.

Still, public acceptance of the initiatives is far from certain. For example, while it may now be easier for students from the breakaway territories to study in Georgia, the atmosphere in those schools, among students raised on years of demonization of the separatist territories, may not be welcoming. “As for studying in Georgia, Abkhazians hardly speak Georgian or English,” said Tornike Sharashenidze, a former National Security Council official who is now a professor at the Georgian Institute of Public Affairs. “Even if they did, they would be ostracized” if they went to school in Georgia, he told Eurasianet in an email interview.

Kvirikashvili, in his remarks, alluded to the wild card of public response. “I urge you to provide the public with as much information as possible because general engagement is very important for the implementation of this initiative,” he said at the press conference. “Without engagement, it will prove quite difficult to ensure the successful implementation of such fundamental initiatives.”

Another factor that could scuttle the effort is the response by the authorities in the two breakaway regions. “The only step to a better future is for Georgia to recognize the independence of the Republic of Abkhazia and build full intergovernmental dialog between our countries in the name of stability and the prosperity of future generations,” Abkhazia's de facto foreign minister, Daur Kove, said in a statement. “There is no alternative to this process.”

While the proposals are aimed at going over the head of the de facto authorities in Abkhazia and South Ossetia, and working directly with the population, there are still plenty of ways for those authorities to interfere with residents' ability to take advantage of the new programs.

Tbilisi set up the plan with apparently no input from the de facto authorities in Tskhinvali and Sukhumi, which could harm its chances for success.

“Instead of [Tbilisi] monopolizing the whole negotiation, I would rather see this as one element in the bigger prospects” for ties with Abkhazia and South Ossetia,” said Olesya Vartanyan, a Tbilisi-based researcher for the International Crisis Group, in an interview with Eurasianet. “If this was just the start of the conversation on trade, everything would be good, I think many people will be happy in the 'de facto' areas. If this is all Georgia has to propose, then it will depend on developments on the ground, and not everything is controlled by the Georgian side.”

While the proposal is novel in its ambition, it is not different in kind from a string of unsuccessful Georgian government plans to attract Abkhazians and South Ossetians dating from the era of former president Mikheil Saakashvili. These have included the ill-fated resort project of Lazika on the Black Sea coast, a new hospital on the de facto border with Abkhazia, and a Boney M concert aimed at South Ossetian fans.

Still, most observers see the new plan as a useful gesture. “I guess it's a step in the right direction,” said Kornely Kakachia, the director of the Georgian Institute of Politics. “This initiative potentially enables ordinary citizens … to engage with each other in a pragmatic way, taking aside all political hurdles that are impossible to solve in the nearest future.”

The timing of the rollout was sensitive, given a recent scandal between Tbilisi and Tskhinvali involving a Georgian man who died in South Ossetian custody. “To reach out, under these circumstances, is a generous and courageous step,” Hans Gutbrod, a longtime Georgia observer based in Tbilisi, said on Twitter. “Can one maybe quibble with details? Maybe, but in [the] big picture this is a step that also required courage from the Georgians.”

The rollout of the plan garnered swift approval from the United States and the European Union. “These measures help address the needs of the most vulnerable populations on both sides of the Administrative Boundary Lines and provide increased opportunities for mobility, improved livelihoods, and access to education,” State Department spokesperson Heather Nauert said in a statement, using Tbilisi’s preferred name for the de facto borders between Georgia, Abkhazia, and South Ossetia.

“We support initiatives aimed at building bridges across the dividing lines and addressing humanitarian challenges,” said Maja Kocijancic, an EU spokesperson. “We are looking forward to the discussions in the Parliament of Georgia and the final outcome of the process.”

The proposed plan will have to be approved by parliament. One obstacle there could be the price tag, which includes potentially costly programs like setting up new administrative centers and business-incubation programs. The government did not release a cost estimate for the project.