Tbilisi may have refused to let the insult slide because Georgia’s coronavirus response has become an electoral platform for the governing party, which faces a parliamentary vote this fall. 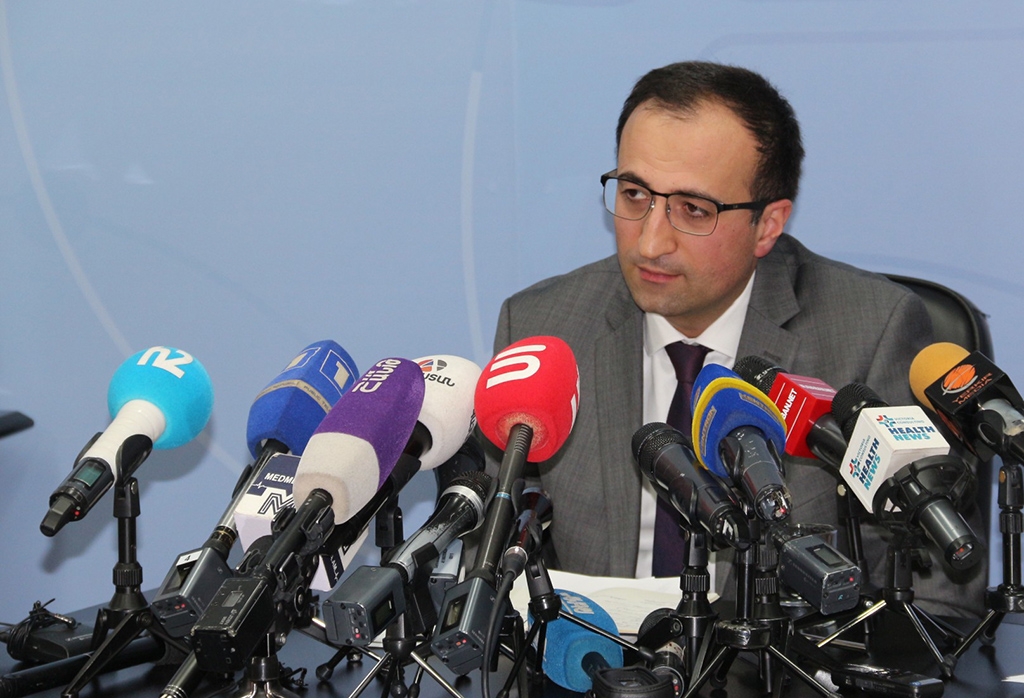 Preoccupied fighting the coronavirus, Armenia and Georgia have nonetheless found time to pick one of their classic fights about who is better at something. This time: who is better tackling the pandemic.

Armenian Health Minister Arsen Torosyan threw the first stone when he cast doubt about the accuracy of COVID-19 statistics in Georgia, which boasts of one of the lowest reported coronavirus prevalence and mortality rates in Europe. “[C]ould it be that not all cases of COVID-19 are diagnosed and included in the statistics?” Torosyan wondered aloud at a public meeting on May 22.

This hit a raw nerve in Georgia, which styles itself as a global epidemiological wunderkind, with only 732 confirmed infections as of May 26 (the number in Armenia is 10 times larger). Torosyan’s claim that Armenia’s “anti-epidemic system is stronger” did not help matters. “I’m not saying it to show off, I’m just stating it as fact,” he said.

Georgia can be extremely thin-skinned to any claims of superiority coming across its southern border. Many Georgians are convinced that competing with Georgia is a national sport in Armenia – a stereotype perpetuated by the Soviet comedy film Mimino – so the response was anything but reserved.

Social media erupted in angry accusations of Armenian schadenfreude. Georgian public health officials, proud of their handling of the crisis, also took turns demanding an apology. “I don’t believe Mr. Torosyan needs a lesson that a high-ranking official should not be making such statements without providing any hard facts,” responded Georgia’s chief virologist, Tengiz Tsertsvadze.

Torosyan did, to be fair, elaborate on his doubts. He suggested that Georgia may not be casting its net wide enough with COVID-19 tests (though Armenia has performed only about 600 more tests than Georgia) or not doing the right kind of tests. “Here is something to think about: When we test drivers entering Armenia from Georgia, many test positive for the coronavirus,” Torosyan said.

He also suggested Georgia might be underreporting COVID-19 fatalities. Georgia has recorded just 12 deaths to date (compared to Armenia’s 91) and that number, when gauged as a fraction of the population, makes Georgia a European champion in keeping its COVID-19 mortality rate low. Torosyan suggested that Georgia may not be counting COVID-19 patients who succumb to pneumonia.

“I expect mister minister to back up with facts his, putting it mildly, inappropriate statement, or retract it and apologize,” said Tsertsvadze, head of the Tbilisi-based Infectious Disease, AIDS and Clinical Immunology Center.

Tsertsvadze said that Georgia diagnoses its patients exclusively with polymerase chain reaction (PCR) tests, which can be slow but are generally considered the most reliable. He added: “COVID-19 patients who died of pneumonia are included in the statistics.”

The head of Georgia’s National Center for Disease Control and Public Health was also baffled by the Armenian minister’s opinion. “I know Mr. Torosyan personally and I’m surprised he would make such an undiplomatic statement,” said CDC director Amiran Gamkrelidze. If drivers coming from Georgia indeed test positive in Armenia, then Yerevan should’ve notified both Tbilisi and the World Health Organization, as prescribed by international conventions, Gamkrelidze said.

Following the furor in Georgia – even the Foreign Ministry chimed in to call Torosyan’s comments “inappropriate” – the Armenian Health Ministry apologized on the minister’s behalf. “We regret that the minister’s words led to a misunderstanding and political speculation,” Health Ministry Spokeswoman Alina Nikogosyan said on May 25. She added that there was no reason to describe the countries’ relations as a rivalry. Georgian Health Minister Ekaterine Tikaradze then followed up to call the incident a misunderstanding.

Tbilisi may have refused to let Torosyan’s words slide because Georgia’s successful coronavirus response has become an electoral platform for the governing Georgian Dream party, which faces a parliamentary vote this fall. In Armenia too, the handling of coronavirus has become a gauge to judge Prime Minister Nikol Pashniyan’s government. Comparisons to Georgia do not cast the Armenian government in the best light.

There is little detailed, independent analysis of what went wrong or right in each country when they began their counter-coronavirus efforts. Georgia’s lockdown came slightly earlier, was stricter and, purportedly, better targeted. One Armenian analyst wrote for the Kavkazsky Uzel news site that quarantine rules are better observed in Georgia. He based his opinion on a self-isolation index developed by Russian search engine Yandex, which measures changes in social activity based on geolocation data.

Some Georgian observers say the presence of a highly sophisticated, American-sponsored biological research center, the so-called Lugar Lab, made the difference. At an early stage of the pandemic, Armenia had problems obtaining laboratory equipment required for testing.

Tbilisi also put its best epidemiology and virology minds in charge of its response to the pandemic and, until recently, followed carefully their advice no matter how stringent. This is slowly changing as the economic crisis caused by the restrictions mount. Critics say that the government is opening up the economy to please voters ahead of an election and that the strategy could still backfire with a second wave of cases.