Georgia: Bouncing Along on a Retail Bubble? 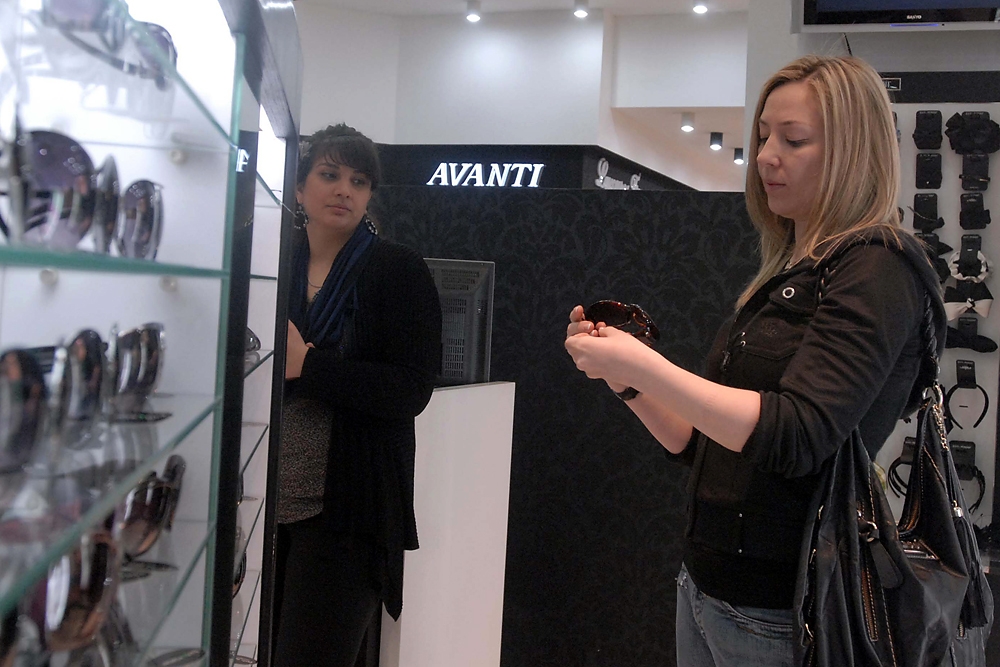 Georgians love to shop, and high-end retailers are paying attention. But economic data indicates that consumers’ expensive tastes could be leading many shoppers into a debt trap.

Georgia’s capital, Tbilisi, is experiencing a quiet yet steady transformation in retailing. Traditionally, city residents have exhibited strong loyalties to their respective neighborhoods, and have tended to make their purchases in local, family-run shops. Of late, however, American-style shopping complexes have started appearing. And destination shopping appears to be rapidly gaining appeal among consumers.

At one new, trendy downtown Tbilisi shopping center, where higher-end brands such as Zara and Massimo Dutti are sold, 320 shoppers entered over the course of an hour on a recent Saturday afternoon, and 120 made purchases.

Other Western-style shopping centers in the city seem similarly busy. For Georgians like 29-year-old taxi driver Dato, who was purchasing clothes at one Zara branch recently, the new malls are an attractive, though more expensive alternative to shopping at one of Tbilisi’s bazroba, or humble-jumble markets. Although his family cannot afford to shop at the Spanish-owned chain store every month, purchases once or twice a year are feasible, Dato said. “Comparatively, it is a better deal.”

Representatives of the Fawaz Alhokair Group, a Saudi-Arabia-based company that holds the regional licenses for 23 major international brands, including Banana Republic, Clarks, Gap, Massimo Dutti, and Zara, did not respond to requests from EurasiaNet.org for sales information in Georgia.

Despite official numbers showing relatively steady economic growth since 2004, Georgia still does not have a strong middle class, noted Irina Guruli, an economist and program coordinator at Tbilisi’s non-profit Economic Policy Research Center. Current trends aren’t expected to change soon. In June, the Georgian economy contracted by .8 percent, after registering zero growth in May. Unemployment officially stands at 15 percent, but unofficial estimates run as high as over 50 percent of the working-age population.

UNICEF in 2011 estimated that 22 percent of Georgia’s then population of about 4.47 million people lived in poverty, and few signs exist that that percentage has decreased dramatically over the past two years. Just over one percent of 2,287 Georgians surveyed in 2012 by the Caucasus Resource Research Center earned more than $400 a month. For the 99 percent earning $400 a month or less, roughly 64 percent of their earnings is estimated to go toward food and beverage purchases, with a mere 5.8 percent dedicated to clothing, according to Jones Lang LaSalle and the Institute for Polling and Marketing, a local research and consulting company.

More alarming news is contained in a 2013 World Bank report, which indicated that Georgian households appear to be spending more money than they’re making.

Publicly available information does not exist about reasons for consumer loans, nor a breakdown of credit-card purchases. One popular Tbilisi-based consumer-electronics chain store, Go Electronics, however, revealed that roughly half of all its sales are put on credit cards. That is a comparatively high percentage in a country that has traditionally lived on a cash-and-carry basis.

There are some ancillary factors that could plausibly help sustain current spending patterns. Diaspora remittances, in particular, augment the incomes of many families. Georgia received $805.3 million in such transfers over the first seven months of 2013, an 8.4-percent increase from 2012, according to the National Bank of Georgia.

The question of how much disposable income Georgians actually have remains far from answered. But that uncertainty doesn’t seem to give retailers and developers pause. New malls are opening at a steady rate. Tbilisi-based CBD Development, together with the international investment group Cube Capital, are investing $60 million in a 65,000-square-meter shopping mall scheduled to open near Tbilisi’s main airport in the autumn of 2014. In addition to this project, tentative plans exist by three other developers for an additional 25,000 square meters of shops in other new malls over the next two years.