The position is largely ceremonial, but Georgia’s self-appointed “overseer” is nonetheless deeply involved. 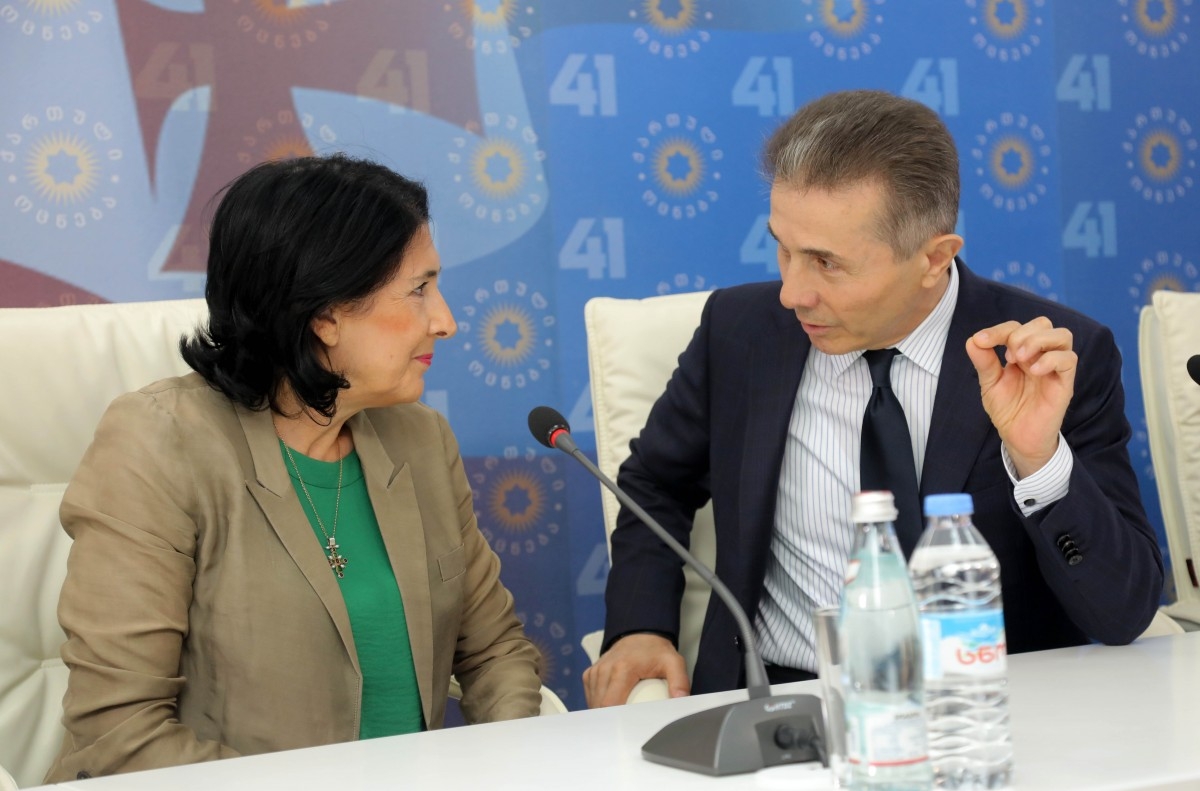 Georgians will hit the polls on October 28 to elect their fifth president, but the man everyone is talking about is not on the ballot.

The weekend vote could anoint the weakest president in the nation’s history, after 2016 constitutional reforms rendered the office largely symbolic. Yet the election is being fiercely contested; it is widely seen as a referendum on Georgia’s richest man and behind-the-scenes powerbroker, Bidzina Ivanishvili.

Establishment candidate Salome Zourabichvili has set tongues wagging, with many wondering why the ruling Georgian Dream would front such a gaffe-prone contestant. Campaign talk, or the Georgian language for that matter, does not come easily to French-born Zourabichvili, a former foreign minister and descendant of Georgian emigres who is an independent member of parliament.

She has handed endless ammunition to her rivals, chief among them Grigol Vashadze, another former foreign minister and a candidate for the United National Movement (UNM), a party supporting former Georgian President Mikhail Saakashvili.

Zourabichvili’s bloopers include a bungled attempt to refute claims that she is Catholic – a no-no in the predominantly Orthodox nation. “I’m not Catholic, I am martmadiani,” she said using a bespoke portmanteau of Muslim and Christian Orthodox that would translate into English as something like Musthodox.

She is criticized for being pretentious and out-of-touch. “She has demonstrated a knack for courting controversy,” Hans Gutbrod, a long-time Caucasus watcher and professor at Ilia State University, told Eurasianet. “It is fair to characterize her as one of the least-popular candidates that Georgian Dream has fielded in a national election.”

Still, it is the will of billionaire Ivanishvili, the on-and-off chairman of Georgian Dream, that Zourabichvili become Georgia’s next president. And fulfilling the billionaire’s desires is what the Georgian Dream has been doing for its six years in power, critics say.

Days before the vote, Ivanishvili cautioned Georgian Dream members who have questioned his choice for president. “I’d like to tell some members […] to lay off the coquetry and respect the party’s position,” Ivanishvili said during an October 23 televised appearance. “I’d like to use this opportunity to call upon hesitating voters to support […] Salome Zourabichvili, who is a very deserving candidate.”

Observers can only guess why Ivanishvili chose Zourabichvili over members of his own party. “Most likely Ivanishvili wants a president who is personally beholden to him, rather than to the party,” Jaba Devdariani, a commentator and board member of the United Nations Association of Georgia, told Eurasianet.

Devdariani sees the vote primarily as a test of Ivanishvili’s popular support and the political status quo. It is, he said, “about gauging Georgians’ tolerance for the sort of governance that the country has.”

“The eventual result will show how many votes the ruling party can get through its networks, resources and tools, rather than reflect a broader groundswell of support for the candidate,” said Gutbrod.

Ivanishvili has been throwing personal resources at his protégé. His family’s bank, Cartu, lent Zourabichvili 1 million lari ($408,000) for campaign expenses. By Georgian law, any presidential candidate who gains above 10 percent of ballots is reimbursed up to 1 million lari from the state to offset campaign costs.

Arguing that the opposition is split among many candidates – 25 are on the ballot – Gilbreath expects the main anti-establishment candidate, Vashadze of the UNM, to finish behind Zourabichvili in the first round and that a second round will be necessary.

Vashadze, like other opposition candidates, promises he will end what he calls Ivanishvili’s “corrupt rule.” He claims that the billionaire runs protection rackets and operates Georgia as a private company.

For his part, Ivanishvili makes no secret of his power, affirming that he personally selected Zourabichvili. But he insists he works on behalf of the public, that while he holds no publicly elected office, he fulfills a much-needed “public oversight” role. “I’m there to fill that gap,” he told an interviewer this summer.

If it comes to a Zourabichvili-Vashadze faceoff, Devdariani said, “the elections will demonstrate if six years down the road from 2012 [when Georgian Dream took over from UNM as ruling party], the electorate’s residual distaste for UNM outweighs growing irritation with Georgian Dream and Ivanishvili.”

Both Georgian Dream and UNM are busy throwing dirt at each other, including incriminating secret recordings. Gilbreath says that some last-minute scandal could still change the course of the election, as has happened in the past.

Ivanishvili, meanwhile, continues promoting his favorite. Three days before the vote, Georgian Dream held a large rally in Tbilisi for Zourabichvili. Ivanishvili sat next to her at the event. “Some have doubts about Salome being Georgian because of her accent. I personally find her accent quite charming,” Ivanishvili told journalists after the event.